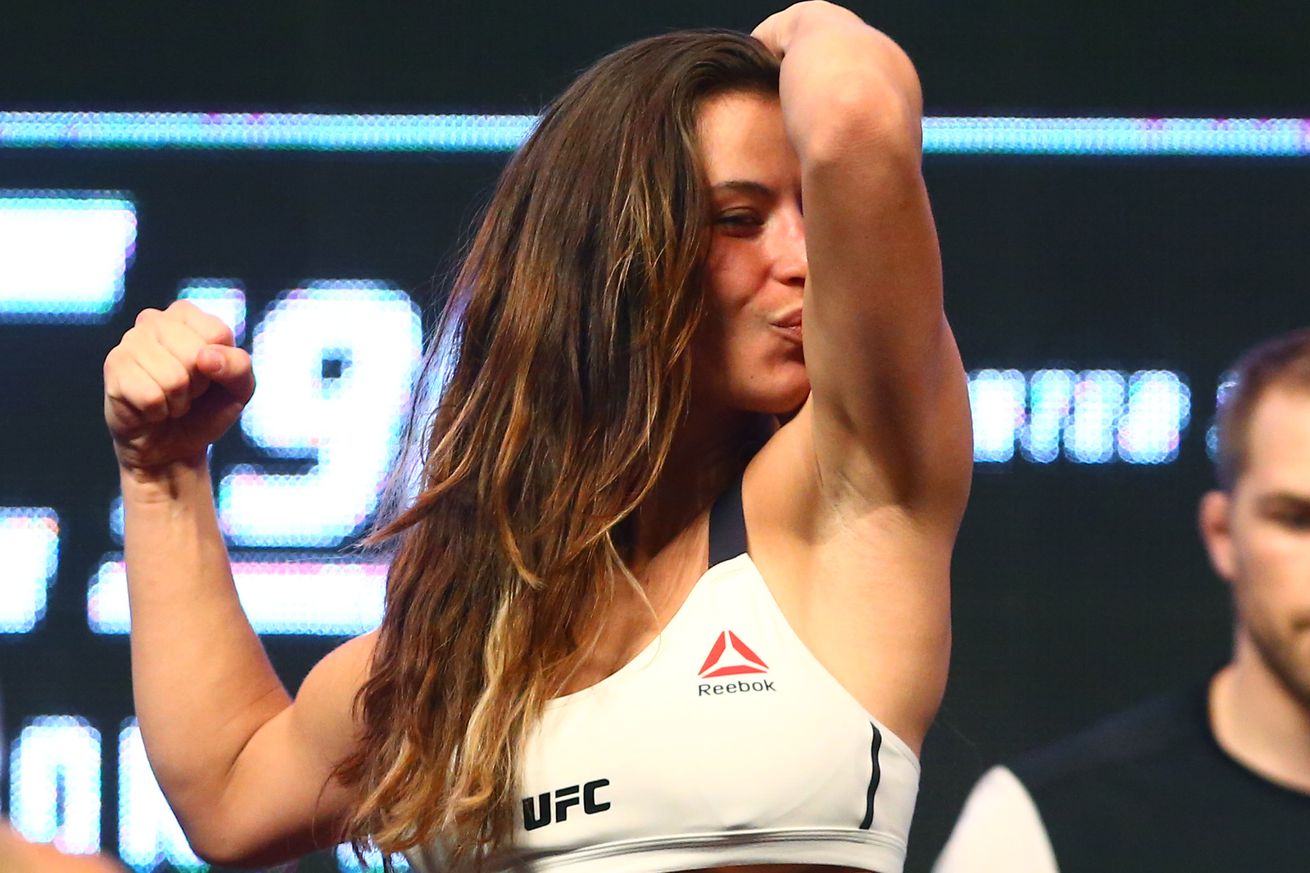 Ultimate Fighting Championship (UFC) women’s bantamweight champion Miesha Tate found herself under fire last week thanks to her criticism of 145-pound titleholder Conor McGregor, who took his ball and went stayed home after the promotion failed to meet his marketing demands.

“Cupcake” was forced to “pick up the pieces” during a subsequent commercial shoot.

And while those jackasses in the mixed martial arts (MMA) media (like this chump) would have you believe there’s an ax to grind, Tate is actually a big fan of the “Notorious” Irishman. At the same time, she also has the right to get annoyed over the collateral damage.

From her official podcast (via MMA Fighting):

“I’m outspoken. I have a freakin’ mouth that I can’t control sometimes and I just say how I really feel. I’m pretty transparent. But I’m not one-sided either. That doesn’t mean I have any hard feelings towards Conor. That doesn’t mean that I hate the guy or that I’m not a fan of his, absolutely not, but I’m going to say how I feel. Sometimes people are like ‘oh you’re complaining,’ well if you were in my shoes and you had to miss your practice to pick up something that Conor didn’t give any notice on that he wasn’t going to be there and then they’re asking you to fill in the blank when it was his job and his responsibility and his contract to do it, I mean yeah am I allowed to be a little bit frustrated? I think so. I think that’s fair. It is what it is. It’s done now, it’s over with, I don’t care, it doesn’t bother me anymore but at that moment in time I’m going to tell people the truth. Freakin’ shoot me I guess for ….View full article