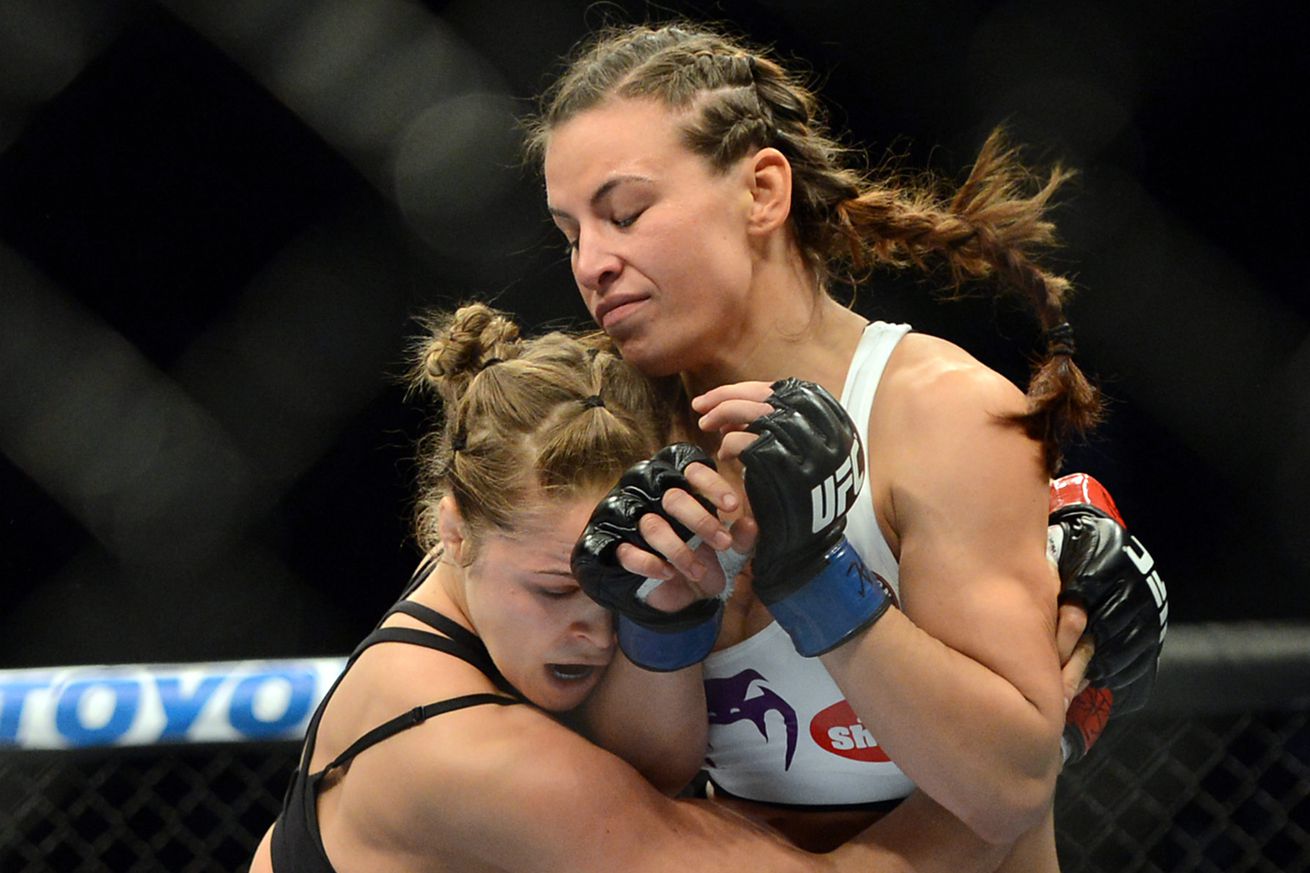 They say time heals all wounds.

But “they” probably didn’t take into account the longstanding rivalry between reigning Ultimate Fighting Championship (UFC) women’s bantamweight champion Miesha Tate and No. 2-ranked contender Ronda Rousey, a sentence that would have read backwards just over a year ago.

Welcome to the wild and wacky world of mixed martial arts (MMA).

So, now that Rousey is embracing her kinder, gentler side, is there a chance for her and Tate to kiss and make up? Probably not, judging by “Cupcake’s” reaction at the UFC Fight Night 85 fan Q&A last Friday in Brisbane, Australia (via FOX Sports):

“Is it going to disappoint you if I say hell no? I just don’t see it. I don’t feel like I’m missing anything. Maybe some people feel bad, like ‘I wish they could be friends,’ but I don’t. I don’t feel like there’s some big hole that I’m missing in my life by not having Ronda be my best friend, so I’m okay with it. No tea parties planned any time soon.”

According to Tate, Rousey is a bitch who smells like B.O. (not that she’s pointing any fingers).

Unfortunately for the newly-crowned champ, the one place she hasn’t been able to upstage “Rowdy” is inside the cage. Tate nearly had her arm torn off under the Strikeforce banner, then came up short a second time when they rematched for UFC in late 2013.