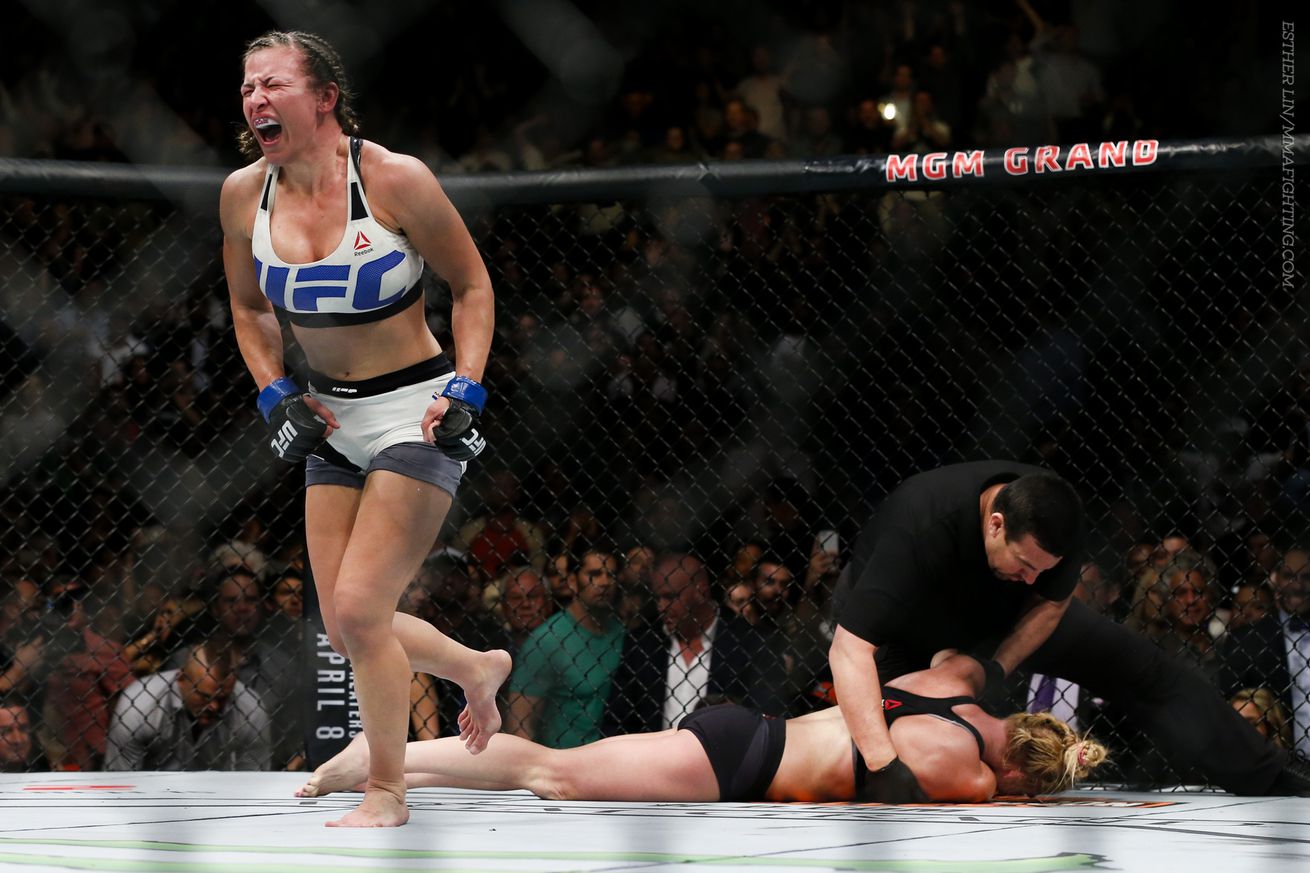 LAS VEGAS — Miesha Tate had an idea she was down on the scorecards. Her cornermen seemed to be pretty sure of it.

In between the fourth and fifth rounds, with just a precious five minutes left of action, Tate’s coach and boyfriend Bryan Caraway told her what she had to: leave it all out there or that title would slip away.

“I take their advice strongly,” Tate said at the post-fight press conference. “Bryan came in there and basically told me you’ve gotta go guns blazing. He said risk it to get the biscuit, essentially. I knew that if I had to risk getting knocked out at that point, that’s what was going to happen.”

Tate waited for an opening in the final frame, got it and didn’t let go. She shot in on Holly Holm, dragged her down to the mat and took her back in the blink of an eye. Seconds later, Tate held onto a tight rear-naked choke and Holm went unconscious.

Just like that, Tate became the new UFC women’s bantamweight champion at UFC 196 on Saturday here.

“I just had to hang on for dear life, essentially,” Tate said. “So, that’s what I did.”

Holm won the first round pretty clearly, but Tate took over in the second, bringing the crowd at MGM Grand to its feet. She took Holm down, kept her on her back and landed big punches and elbows. All three judges gave Tate a 10-8 in that round.

Undaunted, Holm came back and won the next two rounds. She seemed to be cruising at that point, picking Tate apart at range and landing fast, effective combinations with her hands and side kicks.

Tate, the former Strikeforce women’s bantamweight champion, needed to do something different. She had to go for broke. And that’s exactly what ….View full article