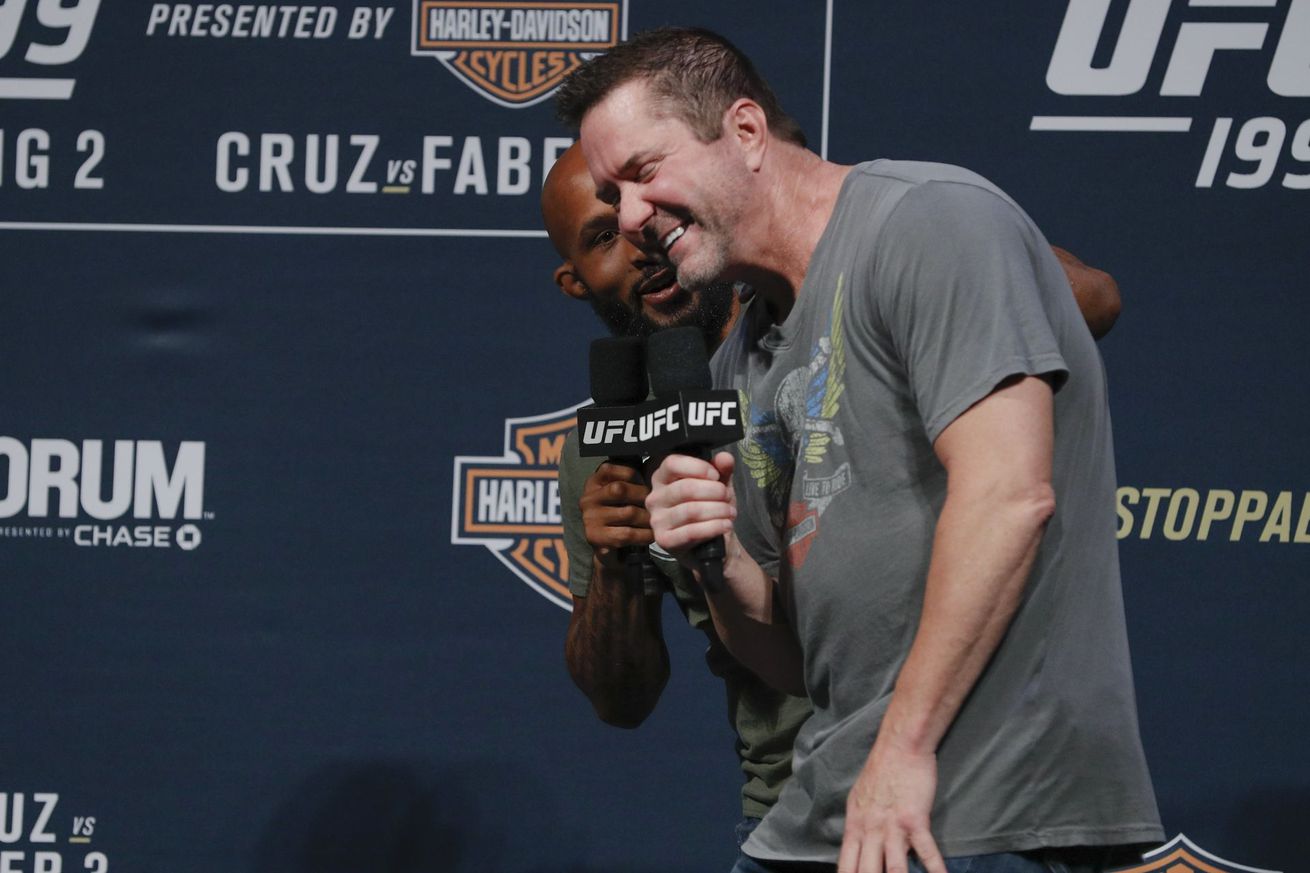 Mike Goldberg didn’t get a send off following UFC 207, but Friday night he released a statement regarding his final UFC show on Twitter.

The promotion’s longtime play-by-play man, dating back to 1997, thanked fans for the support, gave a shoutout to UFC fighters and even poked a bit of fun at himself in the post.

What an incredible ride! I’ll forever be grateful for being on this journey with all of you for the last 19 years! pic.twitter.com/reg3APxk9X

“I wish I could respond to every single fan, fighter and member of the media who reached out and showed their support, gratitude and appreciation!” wrote Goldberg, who has been an MMA staple alongside Joe Rogan since the 1990s. “It has been overwhelming and so gratifying!”

UFC president Dana White confirmed rumors last week that UFC 207 would be Goldberg’s final event after nearly 20 years with the fighting organization. No reason was given for the departure.

There was talk after UFC 207 and the main event between Amanda Nunes and Ronda Rousey that the UFC should have allowed Goldberg to give some kind of farewell, since he was truly the voice of MMA over the last two decades. But there was no goodbye or any kind of video package from the UFC regarding his leaving.

Goldberg’s wife Kim and son Kole expressed disappointment in the UFC for not giving him some kind of acknowledgment after that long of a tenure.

my dad did so much for the UFC over the past 13 years and they can’t even give him a proper goodbye. what a joke @ufc

Sad that someone gives 20 years to the UFC & they can’t even mention him leaving tonight. So disappointing & disrespectful. @MFG16 @ufc

Never one to shy away from a little deprecation, Goldberg ended his Twitter statement with a reference to one of his more famous gaffes.

“And just for the record,” he wrote, “I still believe that Anderson Silva’s Precision is Precise.”