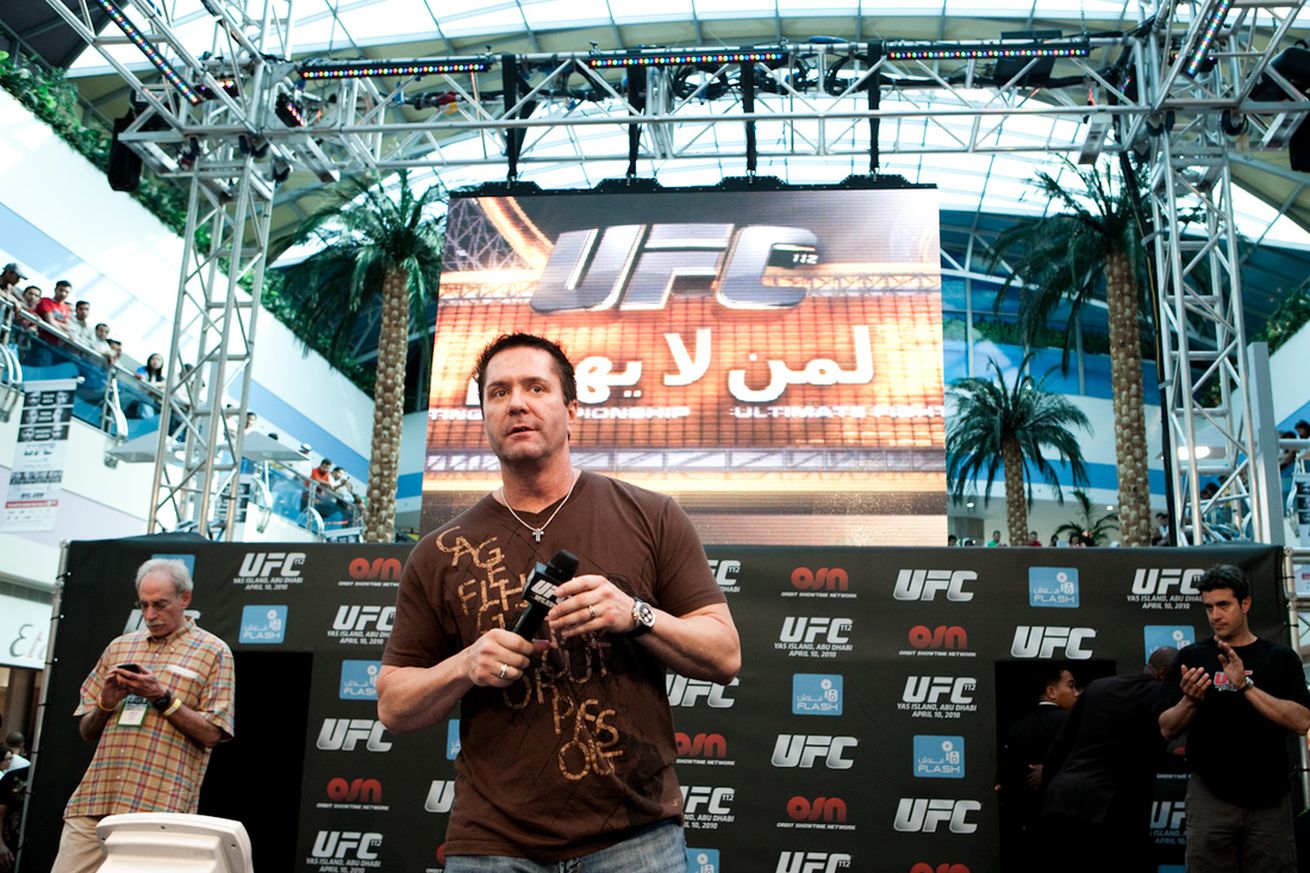 Mike Goldberg will call a MMA fight again 176 days after his last UFC event, and those six months were hard to deal with.

Goldberg parted ways with the promotion after UFC 207, a few months after Zuffa sold the promotion to WME-IMG. And while everything indicated that the man who called UFC fights for two decades would end up with UFC’s rival Bellator, he says it was difficult until he finally got the deal done.

“When you’re dealing with big corporations and there’s a lot of moving parts, ‘let’s make this happen’ in February or March, in the corporate world, happens in June. And in my world, in that time, you just want to have it, you just want that text or email or that call to say ‘hey, Goldie, you’re back in the game.'”

Goldberg will call the action in the preliminary portion of Bellator 180, which will air live on Spike TV and feature Phil Davis’ rematch with Ryan Bader for the light heavyweight championship as a headliner at Madison Square Garden on June 24.

Mauro Ranallo, another recent addition to the company, will call the play-by-play action for the pay-per-view portion of the event, while Goldberg anchors desk.

“It was difficult,” Goldberg said of the months separating his UFC departure from his Bellator signing. “What pushed me through it, and what kept me motivated — obviously, my family is first and foremost — were the fans and the tweets that continued, and the praise and the ‘we miss you, Goldie’, ‘when are you coming back?’ That energized me.”

“I’m glad those six months are behind me,” he continued. “And that will just be a small blip on a long, long career. But it was difficult. It was difficult, first and foremost, because I love what I do, and I was anxious to get back to doing it.”

Goldberg says many UFC employees reached out to him after Bellator announced the deal to congratulate him, and that he holds no negative feelings towards the promotion.

Goldberg was right next to the Octagon in most of the historical moments in the promotion, and predicts a “huge growth very shortly within the world of Bellator.”

“I’m on a journey now that is pretty cool,” Goldberg said, “and I’m anxious to see what the destination is gonna turn out to be. But I’m all in.”