Home MMA News Mike Winkeljohn: If Conor McGregor can show Floyd Mayweather some different things, ‘he has a chance early on’
ShareTweet 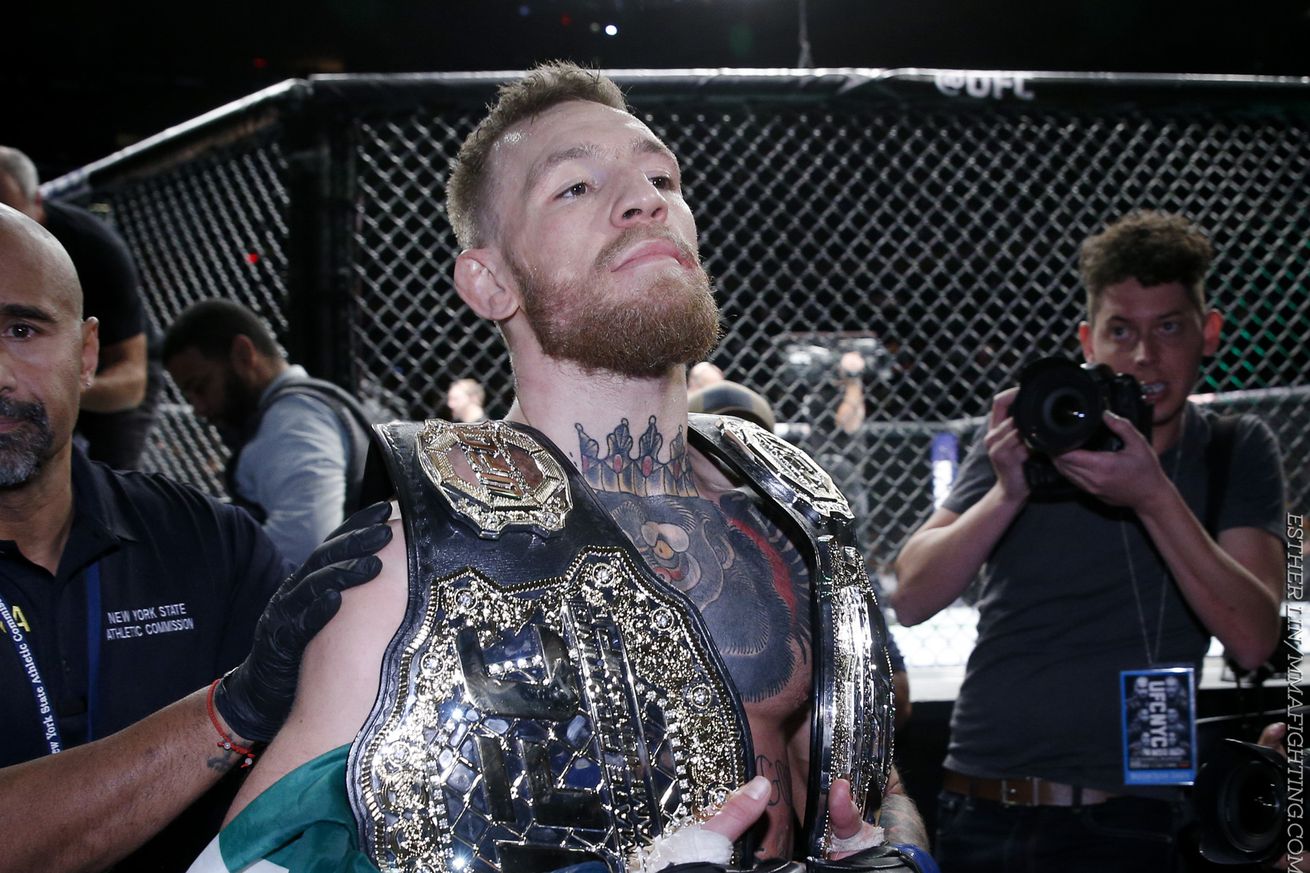 With a deluge of hot takes and opinions rolling in on Conor McGregor’s upcoming boxing match with Floyd Mayweather, one constant seems to be that McGregor won’t stand much of a chance. That would be the conventional wisdom on a guy with no professional boxing experience going against a sublime 49-0 boxer who is nearly impossible to hit.

Yet not everyone is so quick to discount his chances of springing an upset.

On Monday, a couple of days before the official announcement that Mayweather and McGregor would meet on Aug. 26 in Las Vegas, renowned striking coach Mike Winkeljohn said he could see a scenario in which McGregor gets the job done.

Though he, too, knows it’s going to be tough.

“Oh, I think if I was to put money on it I’d put Mayweather,” Winkeljohn said during an appearance on The MMA Hour. “But I think Conor has a chance early on. I think if Conor can come in with some different things that Floyd hasn’t seen, off-angle things that he can attack so Floyd can’t hide behind his shoulder as such, he could pull off a surprise.

“But that would play out real quickly if Conor’s thinking those thoughts.”

Winkeljohn was in Singapore this weekend to corner his longtime charge Holly Holm for her fight against Bethe Correia. Holm was a decorated boxing champion before segueing into mixed martial arts, in large part because of Winkeljohn. Having been around boxing his whole life, he knows how complicated it can be to deal with unorthodox fighters who use their length well and understand angles and footwork.

That’s one of the reasons he said he believes McGregor — who is rangy and opportunistic — could give Mayweather some trouble, should he throw out some different looks.

“He’s got to come to the table with something that Floyd hasn’t seen much before,” he said. “And those are the things Conor can do. Conor’s very athletic. Conor’s got a great understanding of angles and footwork.

“But to do those things, that takes a lot of energy. And in a world title fight do you hold back because you’re worried about running out of gas, or do you just let it go? And that’s tough. That’s a hard call to make on the outside, trying to figure out what’s going on in a fighter’s mind.”