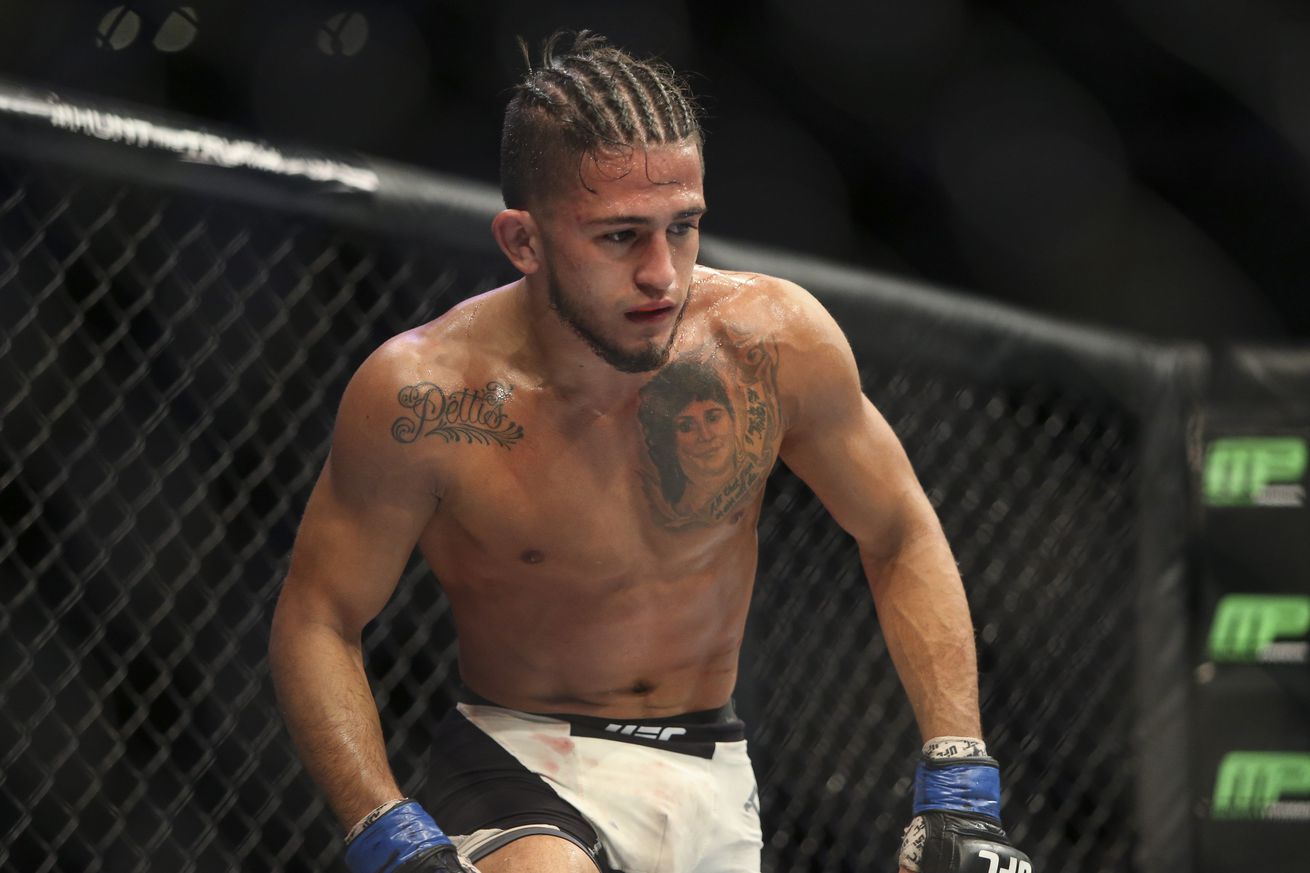 As if the Ultimate Fighting Championship (UFC) flyweight division needed any less up-and-coming title contenders, the ultra-talented Sergio Pettis has been forced out of his upcoming 125-pound tilt with Louis Smolka at UFC Fight Night 96 live on FOX Sports 1 from Moda Center in Portland, Oregon.

Per a recent Instagram post by Pettis’ head coach, Duke Roufus, the 23-year-old flyweight title threat suffered a “minor injury” in training and will be unable to make the walk on Oct. 1.

#throwbackthursday @sergiopettis 1 year ago today in preparation for his win at @ufc #ufc192 #ufchouston He is a great person, Martial Artist & Fighter. I have seen grow up at @Roufusport since he was 13 years old. Unfortunately #SergioPettis sustained a minor injury and will not be fighting @louissmolka50a7 at @ufc #ufc #ufcportland Respect to #LouisSmolka as always thank you to the amazing #teampettis fans, the #Roufusport legion, #teamwoodley #cmpunk #repcombatcorner #milwaukee people supporting him! Only a speed bump, heal up & ready for action!

Pettis, the younger brother of former UFC lightweight champion Anthony Pettis, has been trying to cash in on his budding potential and world-class athleticism since entering the promotion back in 2013. But with an unsuccessful stay in the bantamweight division and this recent injury ruining his chances to win his third-straight bout at flyweight, “The Phenom” will once again have to regroup and reestablish himself as a fighter the promotion can count on.

Smolka, who has compiled a 5-1 record since making his UFC debut in 2014, will now take on TUF 24 standout Brandon Moreno, per a report by MMA Junkie.