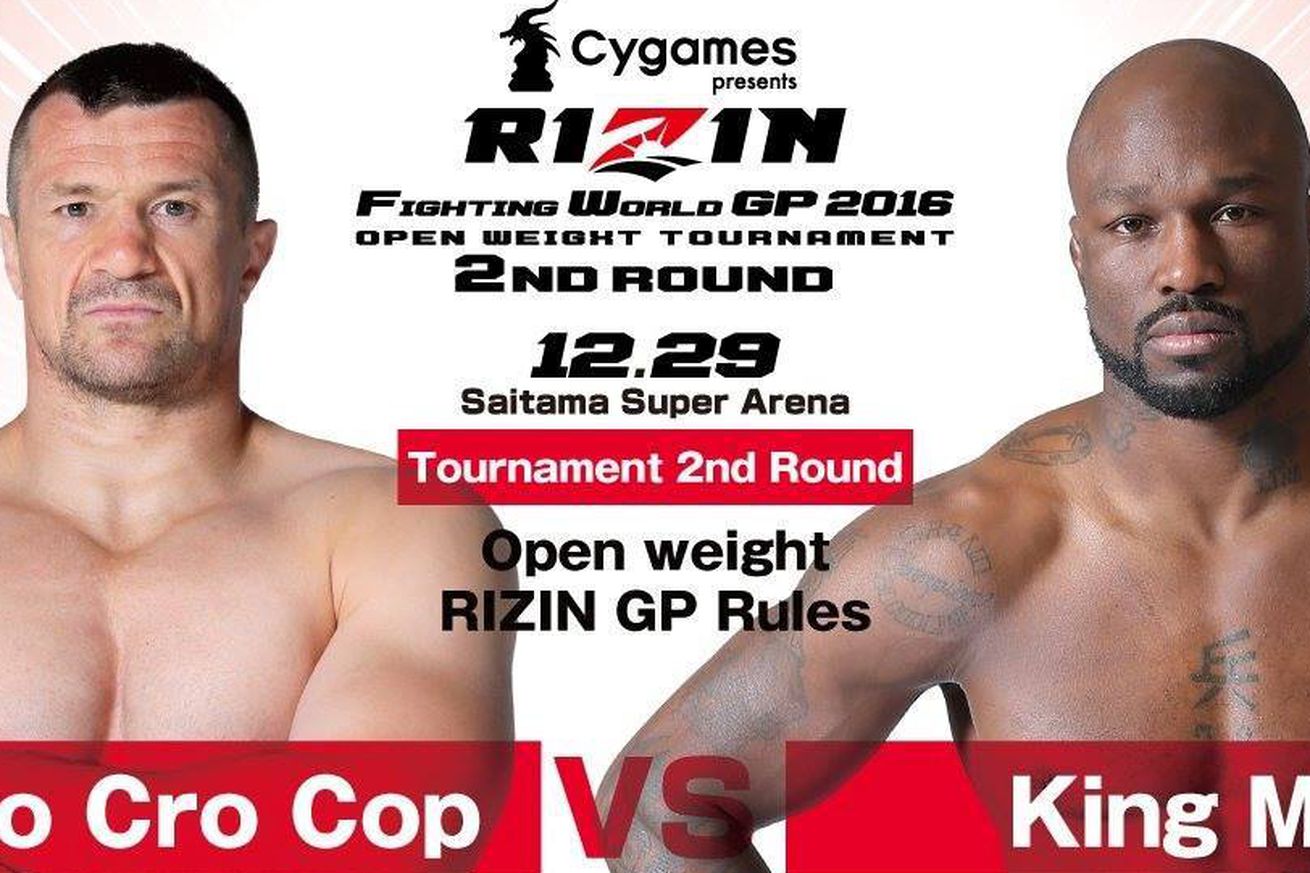 With roughly 10 days to go before the RIZIN Openweight Grand Prix Quarterfinals, the Japanese mixed martial arts (MMA) promotion announced the pairing of Mirko Filipovic and Muhammed Lawal for its Dec. 29, 2016 event inside Saitama Super Arena in Saitama, Japan.

Filipovic was originally expected to complete his trilogy with former PRIDE rival Wanderlei Silva; however, “The Axe Murderer” withdrew from the competition — despite a first-round bye — as a result of lingering injuries.

That led to speculation that “Cro Cop” would instead face off against Ultimate Fighting Championship (UFC) heavyweight import Shane Carwin, but Christmas at the Carwins “family commitments” forced his delay until 2017, according to MMA Fighting.

Also added to the Dec. 29 extravaganza are the openweight pairings of Heath Herring vs. Amir Aliakbari, Baruto vs. Tsuyoshi Kosaka, and Szymon Bajor vs. Valentin Moldavsky. The semifinals, as well as the championship final, take place Dec. 31.