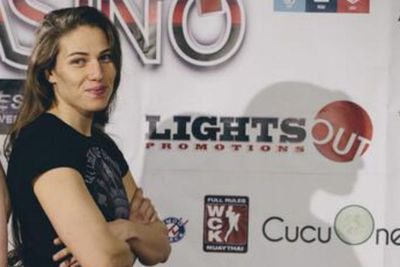 Maybe she’ll get her hands on “Cyborg” before Ronda Rousey can.

“The Supernova from Moldova” dropped the news on the MMA Roasted Podcast (via Sherdog) and confirmed she would be competing in the featherweight division.

No opponent or date for her promotional debut was given.