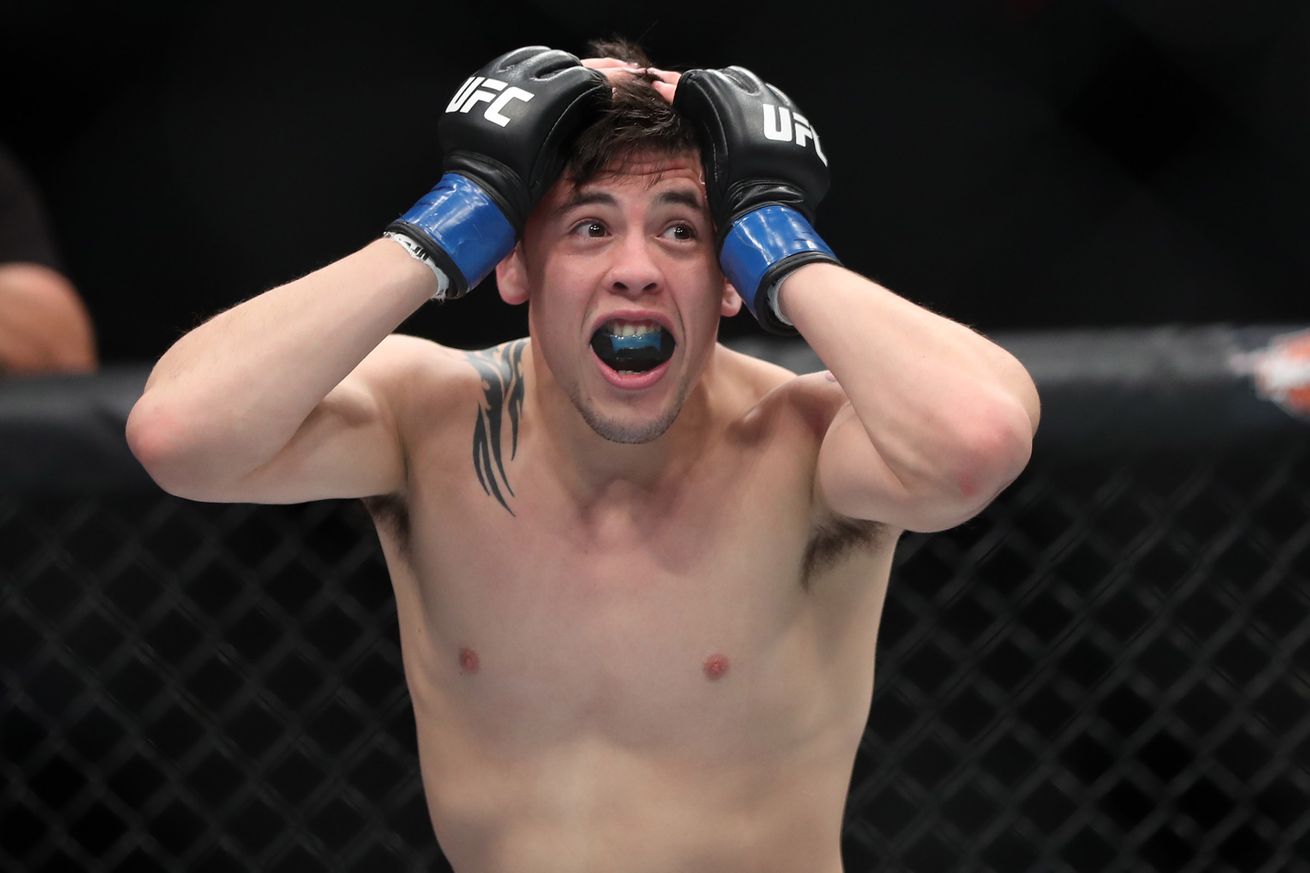 Another weekend of fisticuffs has come and gone, as UFC Fight Night 96 blew the roof off Moda Center last Saturday night (Oct. 1, 2016) in Portland, Oregon.

For complete results and play-by-play coverage of “Lineker and Dodson” click here.

Plenty of fighters were left licking their wounds, including Will Brooks, who was knocked silly in the third and final round by Alex Oliveira (full video highlights here). And John Dodson, who came up short against John Lineker in the headlining bout.

The FOX Sports 1 event provided fight fans with an exciting night of fights, despite that fact that it was lacking in “big name” drawing power. That’s because UFC Fight Night 96 proved why the sport of mixed martial arts (MMA) is so unpredictable.

It was a night chock full of upsets, beginning with Brandon Moreno’s first-round submission of longtime veteran Louis Smolka. Moreno — a previous contestant on The Ultimate Fighter (TUF) 24 — agreed to step in on short notice to fill the void left behind Sergio Pettis.

And because he let opportunity in once it knocked, the 22-year old picked up the biggest win of his young career, and on national television, no less.

Next up was Zak Ottow, who was making his Octagon debut, also as a late replacement for Bobby Green after he was forced out of his bout against Josh Burkman. While not as dominant as Moreno’s victory, Zak proved to be a grinder, edging out longtime vet Burkman via split decision.

Again, like Moreno, Ottow made the most of his last-minute opportunity by taking out one of the most-seasoned veterans on the UFC roster.

And of course there’s Charles Oliveira, who stopped former Bellator MMA lightweight champion Will Brooks dead in his tracks in the co-main event of the evening via ….View full article