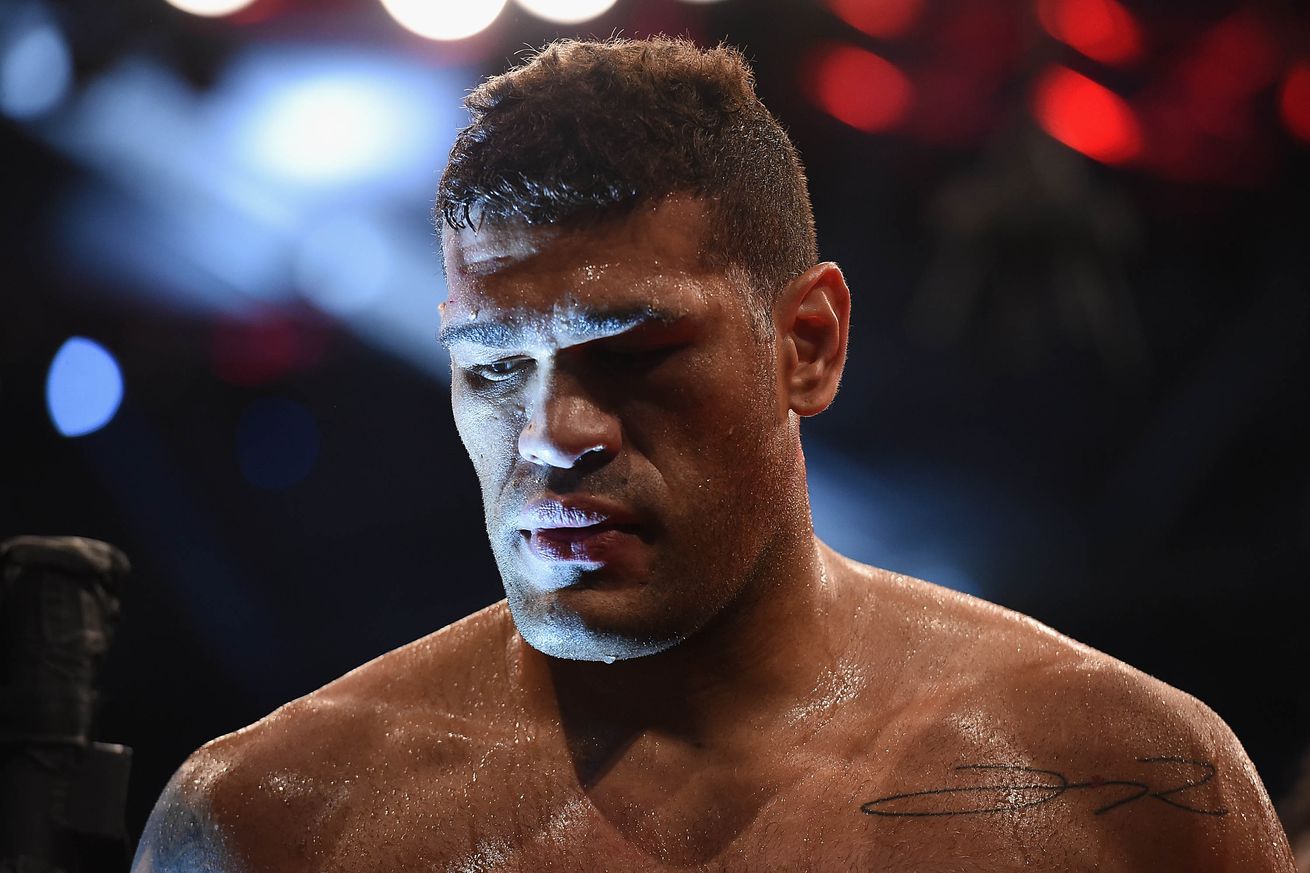 Another weekend of fisticuffs has come and gone, as UFC Fight Night 87 went down this past weekend (Sun., May 8, 2016) in Rotterdam, Netherlands

Plenty of fighters were left licking their wounds, including Albert Tumenov, who saw his five-fight win streak go out the door thanks to Gunnar Nelson’s impressive submissions skills (highlights here).

And Andrei Arlovski, who suffered his second straight loss at the hands of his teammate, Alistair Overeem (see it again here).

But which fighter is suffering from the worst post-fight hangover now 48 hours removed from the show?

Going into his heavyweight showdown against Stefan Struve, “Bigfoot” was looking to erase the memory of getting his clock cleaned by Mark Hunt last November.

Unfortunately for the behemoth brawler, it was deja vu all over again, as Struve decked the towering striker with a clean right hand in the opening seconds that spelled the beginning of the end. From there, “Skyscraper” delivered a couple of uppercuts to an already wobbled foe, only to deliver countless unanswered elbows to the side of his head to put an end to the fight.

And it took all of 16 seconds.

The crushing loss marked “Bigfoot’s” second straight knockout defeat. More importantly, though, it was his fourth such loss in last five outings.

All in less than two years.

Sure, we can talk about Silva’s hopes of ever getting back to the big dance are likely over, but the real issue we need to look at is his well being. After all, no matter how bigger than life he may be, stature wise, no head and brain can take that much damage in such little amount of time and be well.

If we want to stretch it back a bit ….View full article