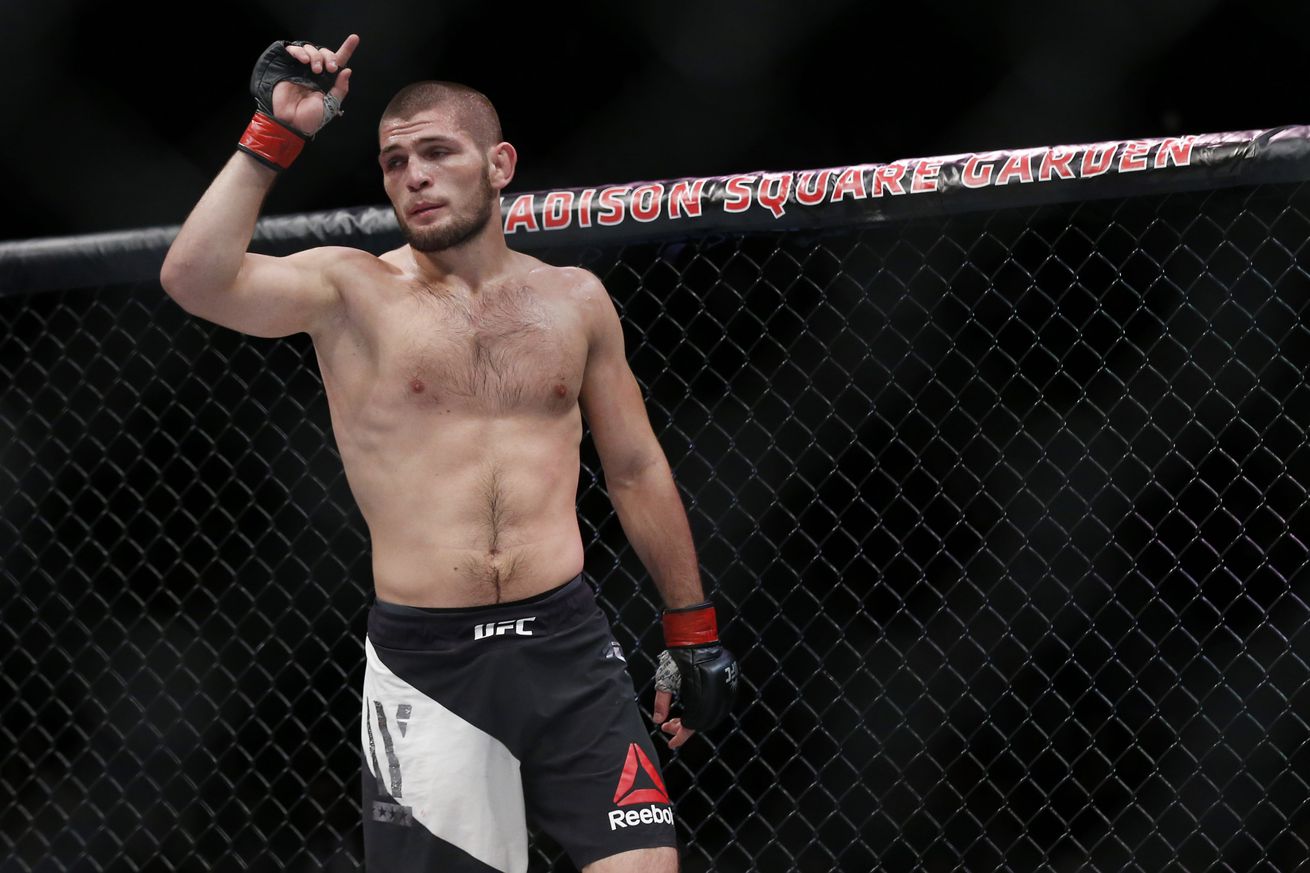 It’s possible that Khabib Nurmagomedov is over-playing his very strong hand with Ultimate Fighting Championship (UFC) matchmakers. He is clearly the No. 1-ranked Lightweight contender after eviscerating Michael Johnson at UFC 205 two weeks ago (highlights). However, it’s crystal clear that “The Eagle” stands a very good chance of toppling UFC’s golden boy, Conor McGregor, who just became the promotion’s first-ever “double champ” with a technical knockout victory over Eddie Alvarez at the same event.

Nurmagomedov has been very vocal — even between rounds — that he has earned the next 155-pound title shot. In fact, he even warned UFC that if his demands are not met, not only will he quit, but he will ensure that the world’s leading mixed martial arts (MMA) league will “never, ever” stage an event in his Russian homeland. Nurmagomedov is apparently a pretty big deal in Russia.

“Conor [McGregor] is a popular guy,” Nurmagomedov told RT.com. “But, if we talk about fans, I think I have more fans than him. Much more. If we have 6 million people in Ireland. What are we talking about? I have 150 million only in Russia. But, if we talk about Ukraine, Belarus, Azerbaijan, Kazakhstan, Tajikistan, Kyrgyzstan. Everywhere. Bahrein, Saudi Arabia, Turkey.”

Nurmagomedov is in a tough spot, considering that McGregor will not compete until after May 2017 because his long-time girlfriend, Dee Devlin, is pregnant. Waiting six months for a title shot wouldn’t be so bad in a normal situation, but this is not a normal situation. McGregor has yet to defend the Featherweight belt that he ….View full article