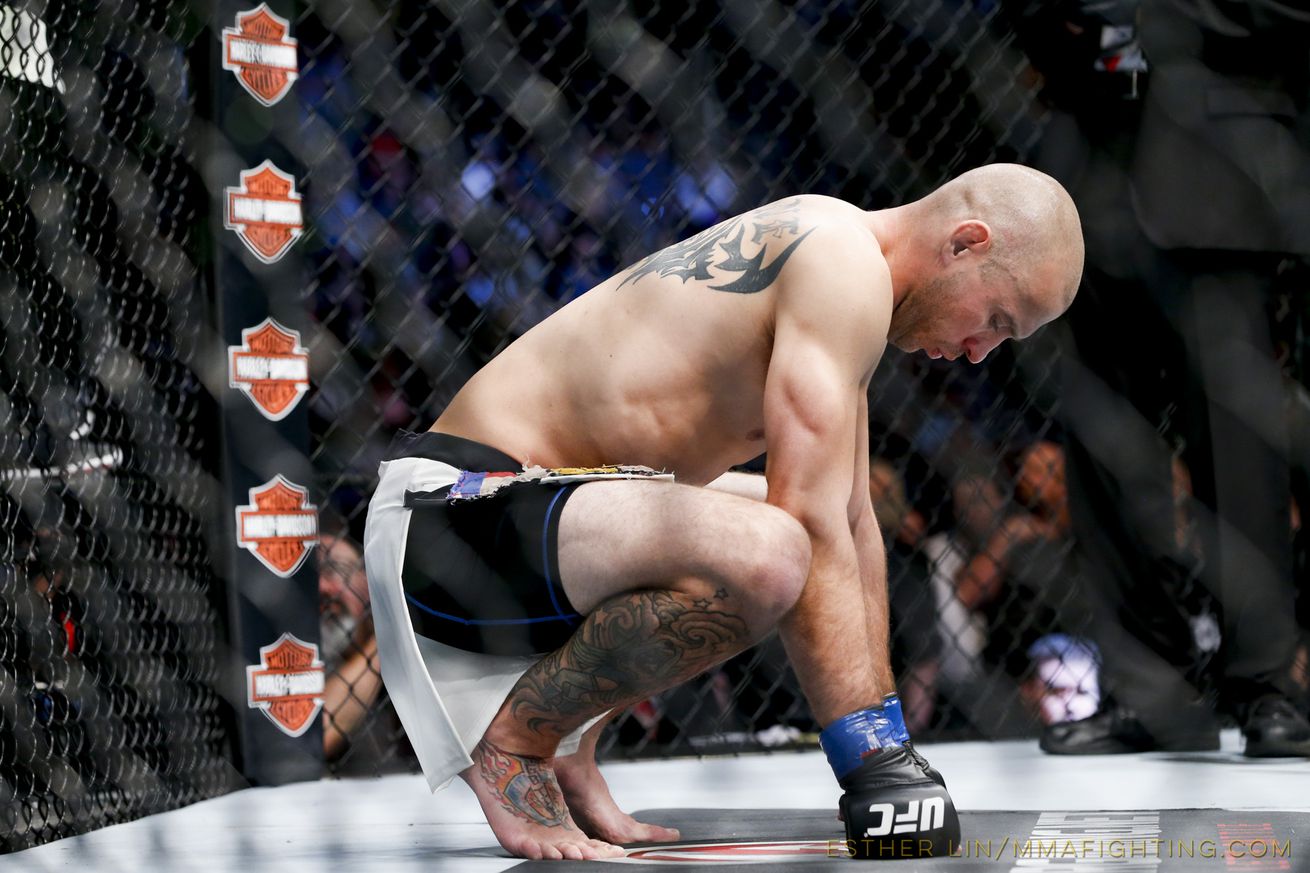 UFC welterweight Donald Cerrone is tabbed to earn a $20,000 sponsorship payout for wearing Reebok in the Octagon this weekend but it could end up looking closer to $15K.

Following his loss to lightweight champion Rafael dos Anjos Dec. 19 at UFC on FOX 17, Cerrone was fined by the promotion for stitching a small piece of the American flag inside his fight shorts to honor his grandmother. Cerrone hasn’t disclosed the exact amount of the fine but told Ariel Helwani on The MMA Hour that the “ludicrous” fine was more than $5,000.

Booked to headline Sunday’s UFC Fight Night in Pittsburg opposite Alex Oliveira, Cerrone doesn’t sound like he plans to conform.

“I need to go on record and say I’m not the victim,” Cerrone told ESPN. “I was fully aware I would be fined before the last fight. I knew the circumstances going in, I just didn’t know how much I was getting fined. Dana and I talked and came to some grounds that we’re going to stick to.

“There’s a pretty good chance I will [wear the patch on Sunday], yeah.”

Cerrone wasn’t the only fighter fined back in December. Dos Anjos told MMA Fighting that he was fined $10,000 by the promotion for wearing a sponsor tee on stage weighing in against Cerrone. Fellow lightweight Nate Diaz earned a $50,000 performance bonus for his decision victory over Michael Johnson but later complained of being fined for wearing jeans at the weigh-ins.

Cerrone has been critical of the tiered sponsorship system since its inception and at the time claimed he stood to lose $60,000 a fight due to the program.

Cerrone might not be a fan of the arrangement, but it sounds like he’s at least willing to pretend.