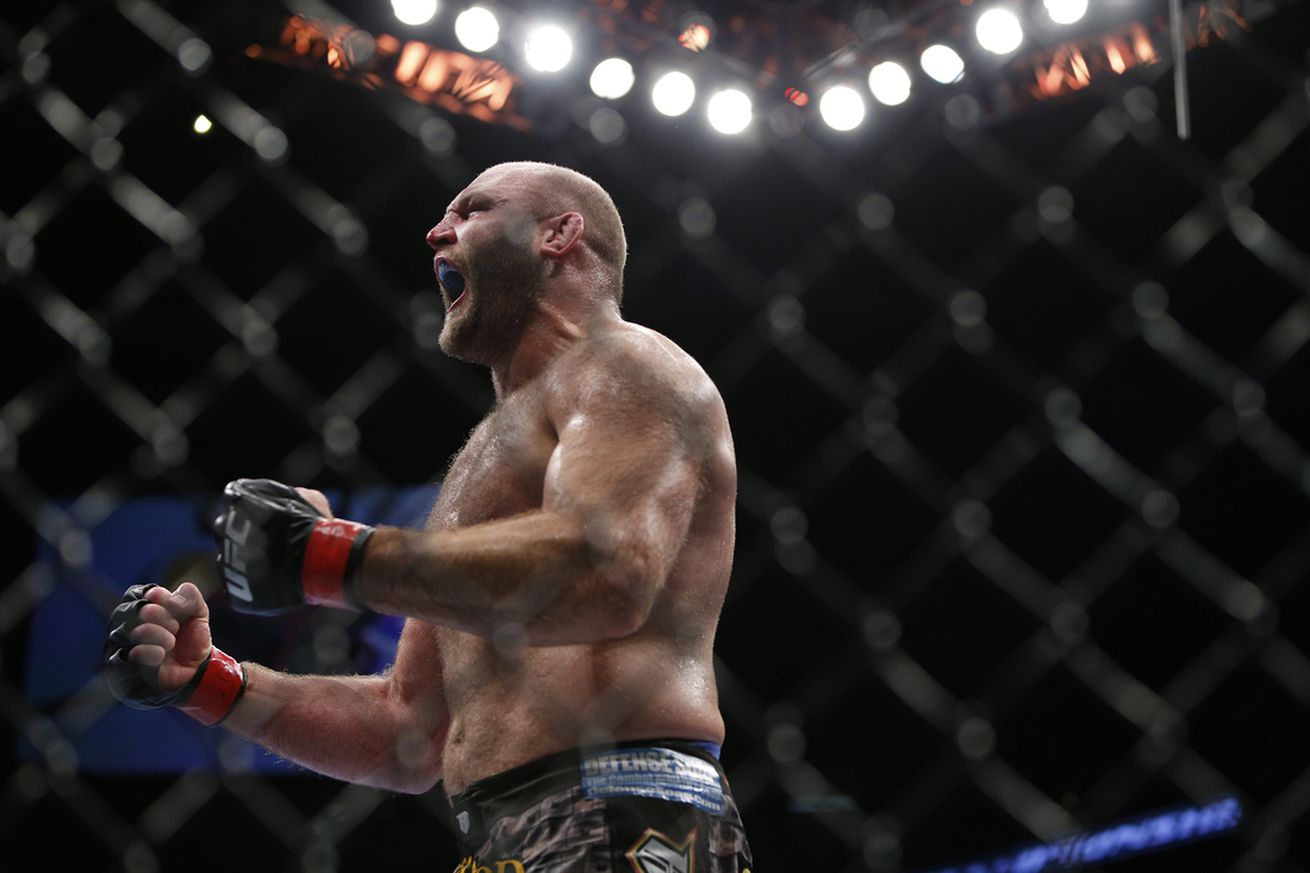 The UFC heavyweight contender was suspended nine months following his TKO victory over Brandon Vera at UFC 164 due to elevated levels of testosterone. Rothwell was undergoing testosterone replacement therapy (TRT) and had a therapeutic use exemption (TUE) to compete as such, but still tested high.

2-0 since then, Rothwell hasn’t shown any ill effects of being off TRT, at least not in the win column. He’s just not so sure the rest of the heavyweight division will be as fortunate.

“Before USADA, I would say 80 percent or more heavyweights were on performance-enhancing drugs,” Rothwell told ESPN’s Brett Okamoto. “Let’s just look at the facts. Bigger athletes don’t like to train the way we do. This sport is exhausting. Big guys come and go all the time because they hate the hard work. The ones who survive seem to think they need steroids and PEDs to cope with the training.

“And let’s face it, being a big guy and ripped just doesn’t happen naturally. Everybody wants that ripped look. For a guy to weigh 265 pounds and get that look everyone wants to see in a professional fighter, he needs help. I think that’s another big reason PED use is high at heavyweight. All divisions have it, but it has been bad at heavyweight.”

The UFC took a major step to clean up the sport in 2015 when it partnered with the United States Anti-Doping Agency (USADA). The random, out of competition drug tests are already proving their worth and Rothwell is taking notice of his colleagues.

“These guys are changing. They’re not the same,” Rothwell said. “You see the Alistair [Overeem] and Junior dos Santos fight [in December], even when they get on the scale, the way ….View full article