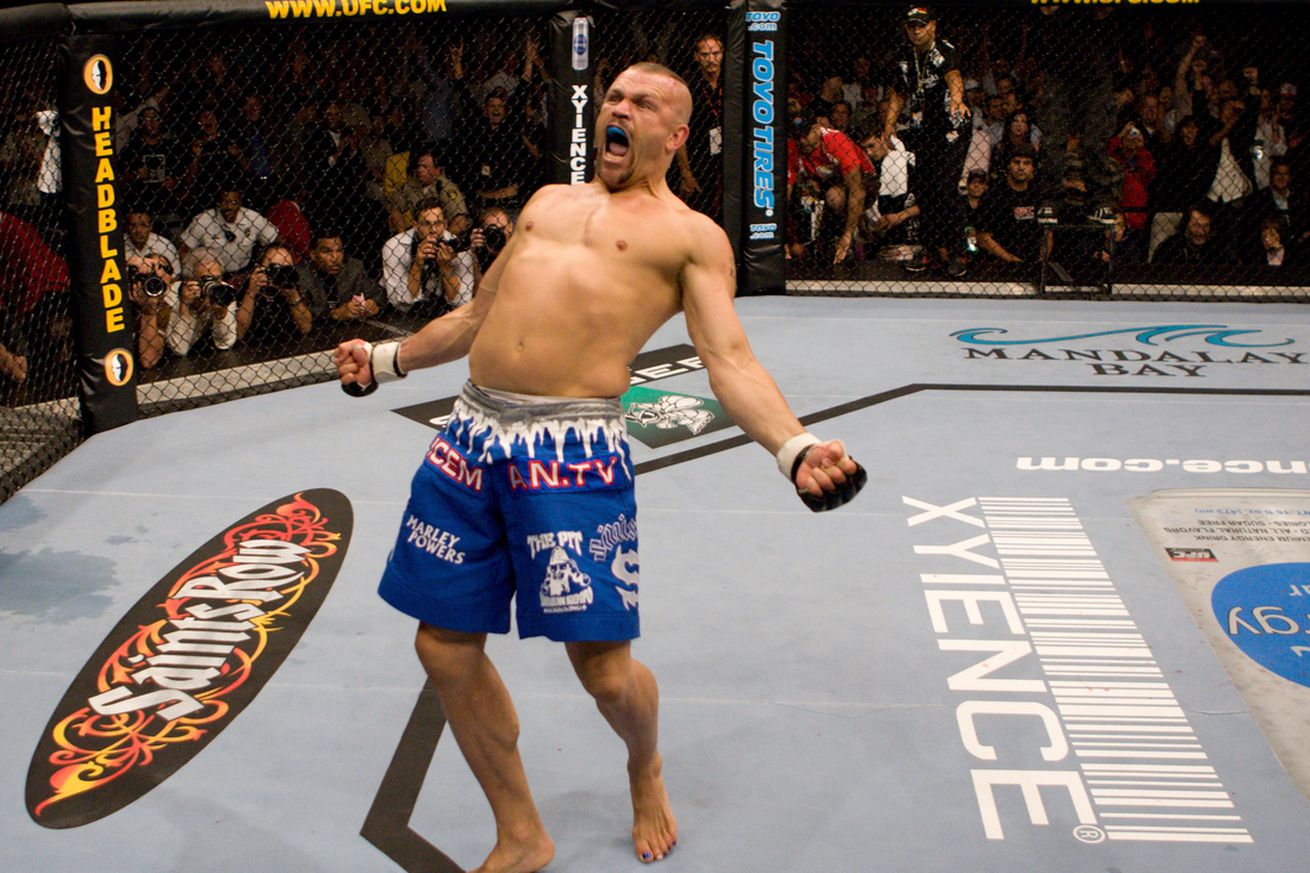 If you can get UFC Hall of Famer Chuck Liddell talking about Jon Jones, just sit back and enjoy.

The beef between the former light heavyweight champs goes back years and seems to have started when Liddell took a shot at Jones for refusing to fight at UFC 151. Chuck has also been a critic of Jones’ fighting style for years, believing ‘Bones’ doesn’t have enough killer instinct.

Asked this week if he sees anyone beating Jones at 205 pounds in the near future, Liddell looked pained to dole out some props for the champ in exile.

“We’ll see how he comes back,” Liddell told The Fighter and The Kid podcast. “He always shows up to fight. He’s good at winning fights. If he keeps beating everybody he’s the best right now. I still think if he fought someone like me in my prime he would have a lot of trouble.

Jones is booked to challenge Daniel Cormier April 23 at UFC 197 in a rematch of their five-round title bout at UFC 182. Jones’ legal trouble led to his title being stripped by the promotion and he hasn’t fought since.

“What he does really well, if you’ve got a guy that’s a great striker, he can out-wrestle them,” Liddell said of Jones. “If he’s got a guy who’s a wrestler, he can out-strike him, out-point him. For me? I’d be big trouble for him because if he could take me down he wouldn’t be able to keep me down, if he even got a takedown. I will hit ….View full article