Home MMA News Morning Report: Dana White: What is Nate Diaz worth without Conor McGregor? The kid isn’t in a position for pay-per-view points
ShareTweet 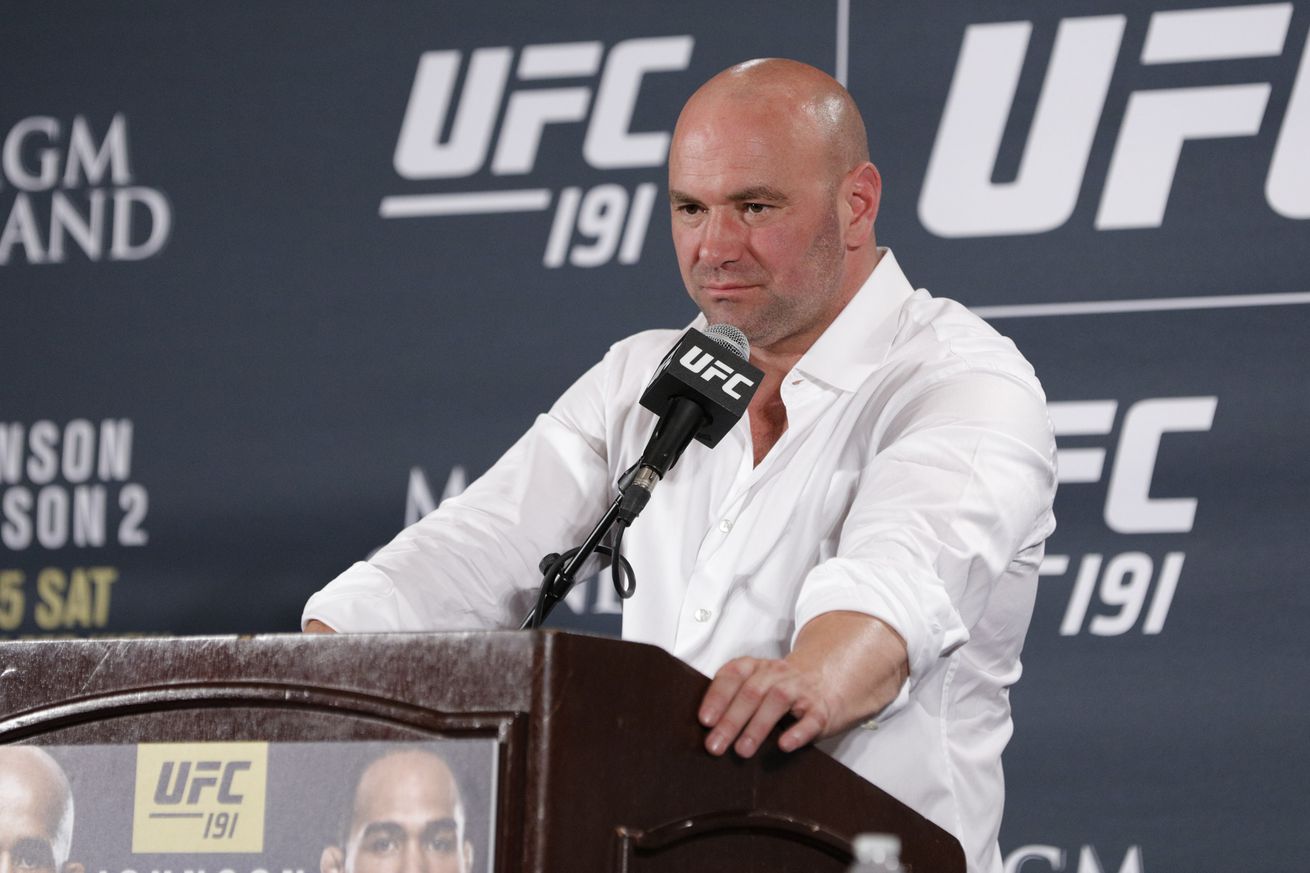 On Wednesday, Nate Diaz went on The MMA Hour where he discussed all manner of things, including turning down an interim title fight with Tony Ferguson and his take on all of the Conor McGregor vs. Floyd Mayweather hullaballoo. That same day, UFC President Dana White responded that he didn’t know if either Nate or his brother Nick would ever fight again and that he didn’t think they really wanted to fight.

This juxtaposition has become an increasingly common one for Dana White. A year ago, Georges St-Pierre made clear his intentions to come back to MMA but White insisted St-Pierre didn’t actually want to return because the former welterweight champion insisted on restructuring his contract with the UFC, one made before the inception of the Reebok deal and the removal of sponsorship money. Similarly here, because Diaz insists on his next fight being “all the way right, financially,” White insists that Diaz doesn’t actually want to fight because, according to White, he’s already getting the best offer that’s viable from the UFC.

Speaking with Yahoo Sports, White said that for Diaz to be worth the kind of money he’s asking for, he would need to accept and win an interim title fight against Tony Ferguson.

“Whatever his deal is, he’s got a pretty good deal,” White said. “I mean, listen, at the end of the day, what is Diaz worth without Conor McGregor? I don’t know. The kid isn’t in a position for pay-per-view or any of that type of [stuff]. But this could put him in a position. If he fought Tony Ferguson, it would be for the interim title.

With the UFC currently desperate for any stars capable of driving a pay-per-view – so much so that they offered St-Pierre a middleweight title bout in lieu of a host of more qualified contenders – White’s insistence that Diaz isn’t in a position to make pay-per-view money is a strange one. Diaz, already a known and well-liked fighter beforehand, became one of the biggest stars in the UFC after defeating McGregor last year. Still, White insists this is an issue of Diaz not wanting to fight and, though he admits both Nate and Nick are popular, he also says he won’t try and force them to fight.

“It doesn’t frustrate me at all [that they’re inactive] because I’ve learned that you can’t make people fight, man. It’s the same thing when people ask me, ‘What if this guy retires,’ or ‘What if that guy retires?’ This is a business that, your head has to be in this game. You have to want to become a world champion. You have to want to fight. You have to go through everything it takes to get into the cage. It doesn’t frustrate me at all. We’ll keep offering the Diaz brothers fights until one of them says yes or they never fight again.

“It doesn’t change my life one way or another. People really like the Diaz brothers. When they get in there, they’re tough and gritty and they mix it up. They’re fun to watch and their interviews are fun, and funny. They’re popular guys. But at the end of the day, people are excited about guys who want to win world titles and they want to find out who the best fighters in the world are in each weight class. Those are the things that sell and those are the things that people are interested in.”

Or course, White has a point and that’s why Demetrious Johnson is the most popular fighter in MMA. Maybe Nate can learn a thing or two from Mighty Mouse about how to be a “needle mover.”

Joanna knows. Joanna Jedrzejczyk says she knows she can knock out Jessica Andrade after training with her.

Welch. Battlefield FC has yet to pay multiple fighters from their last event.

Most exciting fighter in MMA. Literally.

Thank you for all the support to this point, I signed my contract with the UFC yesterday. It feels good to know the sacrifices my family and I have made since starting wrestling at 4 yrs old, have led us to these great endeavors. My parents spent their hard earned money, love, and energy to ensure I got the chance to put this hard work to fruition and I’ll be damned if I don’t give it 100%. Now I get a chance to fight and be the best in the world at something. It won’t last long and I may or may not be successful, but I do know I would not be here without having parents which showed me through their actions that hard work is not easy, who loved and believed in me everyday. #ufc #mma #hardwork #fight

Seriously, FOTN bonuses are spoken for anytime Gaethje is on the card.

That Weidman, so hot right now.

Sometimes you just gotta let out your inner sexy…I got your back @paigevanzantufc @reebok pic.twitter.com/gnH0lZI56l

@UFC cut me you sissys

Please, no. Anderson doesn’t need that.

My apologies and respects to @SpiderAnderson , I Can’t make it to the dance in Rio, how about we dance in New York in July? @ufc @UFCONFOX

How could anyone not love JDS?

Dana White will go to his grave before starting to come off paying fighters anywhere near their actual value. Best compliment any fighter in MMA can receive is Dana saying that they don’t actually want to fight.

Another off weekend for MMA but another weekend of solid, top-shelf boxing. If that’s your bag, enjoy Canelo-Chavez Jr. tomorrow. If not, hang in there, 211 is right around the corner and it’s the best card of the year.

Have a good weekend y’all.