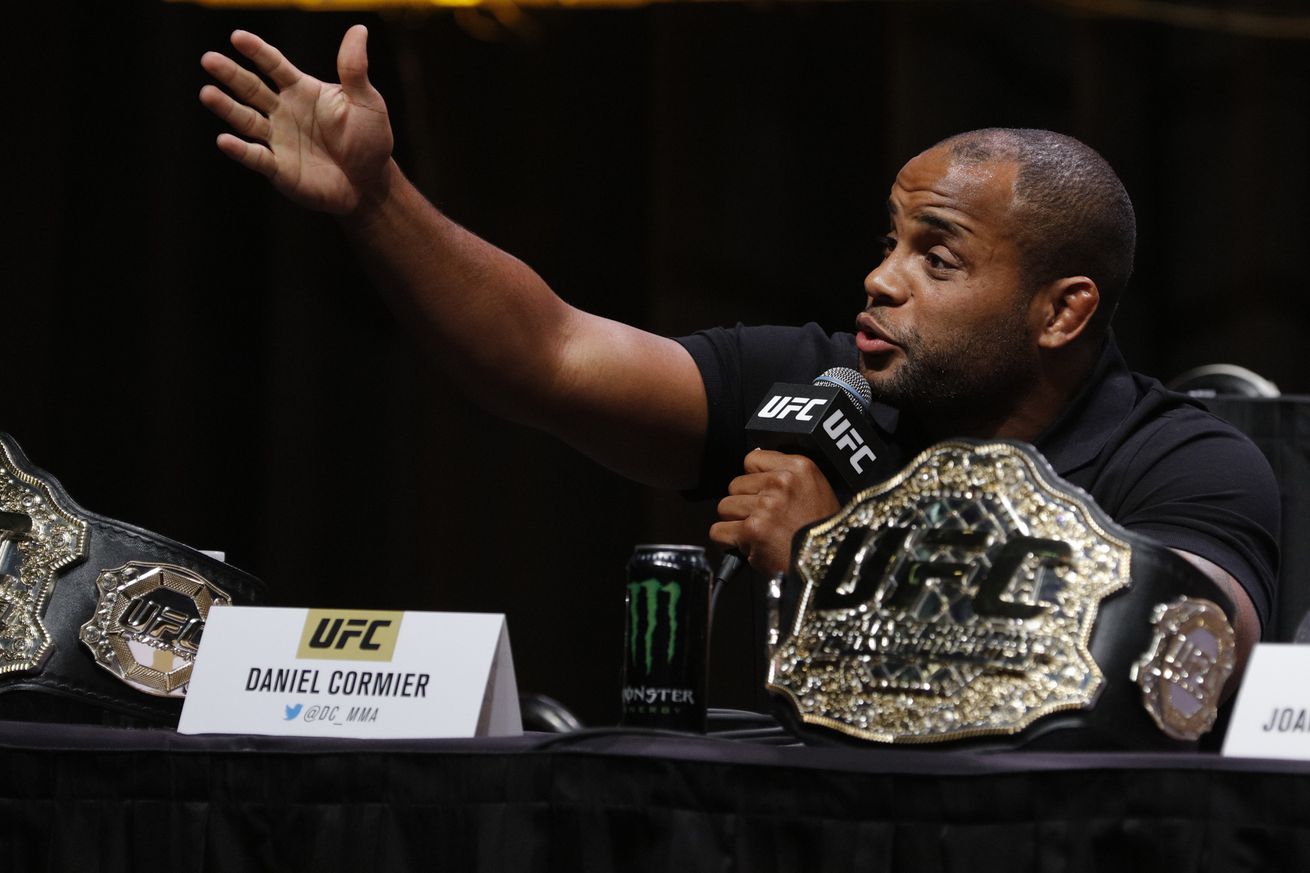 Last weekend, number one ranked women’s bantamweight Valentina Shevchenko submitted second ranked Julianna Pena with an armbar at UFC on Fox Denver. The win cemented Shevchenko as the number one contender to Amanda Nunes bantamweight title, setting up a rematch later in the year. When that fight happens it will mark a turning point in the division: the first time that women’s bantamweight will have a title fight outside of the immediate shadow of Ronda Rousey.

Rousey was the original bantamweight kingpin, responsible for its creation in the UFC and the unstoppable ruler for two years until being unseated by Holly Holm. After Holm knocked out Rousey, the title was fought for twice more but both times the promise of a Rousey remained. Rousey did eventually return only to be eviscerated by Nunes in under a minute, leaving her return to fighting in question and her status as a top contender shakey. And though the division is now free to carry on without her, her profile and star power still loom large.

Rousey is still the topic of much debate and interest among the mainstream media and recently, in an interview with TMZ, UFC light heavyweight champion and Fox studio analyst Daniel Cormier was asked about Rousey’s future in the sport and a potential comeback from the former champion; he was less than optimistic.

“Can she be the person that she was a couple of years ago? I don’t believe so. This game has evolved to a point that it would be very difficult, especially if your game is limited. Again, I love Ronda, but her boxing doesn’t seem to have improved. She doesn’t kick – I don’t think she’s really kicked – so to have to go out there and really throw somebody down and grapple with them, I don’t know if that works anymore. I think that Amanda Nunes and Julianna Pena and Valentina Shevchenko … they’ve showed how much this level has gone up in female fighting in a very short period of time.”

Rousey is an Olympic bronze medalist judoka and built her initial success off of her grappling game and her infamous armbar. She began to compliment her grappling credentials with an effective striking game, the combination of which led her to a streak of four fights with a combined fight time of two minutes and 10 seconds. Her striking game did not hold up under scrutiny though as she was thoroughly out-boxed in her last two losses. Cormier believes this weakness in her game puts a ceiling on Rousey’s future in the sport, restricting her from reaching the dominant heights she once made home.

“Can she go in there and win some fights? Yes. Can she beat women in 10 seconds, 19 seconds, 38 seconds? I think those days are gone. That’s not happening anymore, everybody’s too well rounded.”

Results. Here are all the results from this weekend’s UFC event.

Boxing. Conor McGregor says he’s confident his next fight will be a boxing match.

50-0. Floyd Mayweather, Jr. says hand and McGregor should “give the fans what they want.”

Contracts. Dana White says if McGregor and Mayweather try and promote a match without him it will be “an epic fall.”

Champion. Conor McGregor says both Khabib Nurmagomedov and Tony Ferguson would be “knocked out stiff.”

CM Punk angling for that return.

Werdum talking about his work with Ramzan Kadyrov, Chechen President with a very checkered past.

This dude dislocates his shoulder, his opponent pops it back in, and they continue fighting. Awesome.

Beatdown After the Bell.

I’m so made! Heading to do a Q and A in front of 5000 fans! You read that right. That’s more than UFC attendance tonight. And it’s on PPV at http://www.notoriouslive.co Fuck the UFC. Fuck Floyd. Fuck boxing. Fuck the WWE. Fuck Hollywood. And fuck you too pay me.

Twice now that Ngannou’s been training the finishing technique he uses in the back beforehand. Next opponent might want to sneak a camera in the locker room.

And George Foreman is on the VS train.

Not only a star, but a new dance is born The future is here https://t.co/8Rqw7S1m2Z

Awful luck for McCall and condolences to Seery and his family for their loss.

@ufc how about you guys just give me a desk job?

Someone ready to step in.

I hear @Unclecreepymma needs someone to throw down with. I know a NY native who is ready to step up. @seanshelby @Mickmaynard2 @FishLaw

Apparently I tried to fight you in an elevator already maybe it’s time for some real fun. @AliciaNicole79 @QuigginsMMA https://t.co/RxDeXVyQHP

Cerrone deserves nothing but respect.Winning 4 in a row at WW @ufc is super hard. I’m proud of winning 6 & want my deserved title shot next!

What did @TheCaveman316 have up his sleeve for tonight’s hometown walkout? WATCH! #MannequinChallenge #Bellator171 pic.twitter.com/TjS7oBAuKF

Shoeface tapped one of the more feared grapplers going these days.

The spirit of Reebok will always live on.

Here’s a dude who wants to fight Punk.

I texted Dana. I emailed Duke. I’ve tweeted Punk. This week I will get an answer, if he ducks you can’t say I didn’t try. #ellisvspunk

Tito looks to be enjoying retirement.

Happy Birthday to My King @titoortiz1999 you are my best friend and love of my life❤ #WeMakeThisLookGood I mean good #BirthdaySuit #TitoOrtiz Special thanks to @jasonstrauss @marqueelv @cosmopolitan_lv for a perfect weekend!! And #SusanSavage the hostess with the mostest we love you #LasVegas #Winning Thank you @globalmediagroup

Ronda’s much more socially present than she was after the Holm loss.

The plaque at the base of the Statue of Liberty reads: “Give me your tired, your poor, your huddled masses yearning to breathe free, the wretched refuse of your teeming shore. Send these, the homeless, tempest-tossed to me, I lift my lamp beside the golden door!” #resist

Caposa says it all.

Seriously, which god did Ian McCall piss off? pic.twitter.com/n4gyCOAmKh

Hope you enjoyed the weekend everyone. Take it easy and see y’all tomorrow.