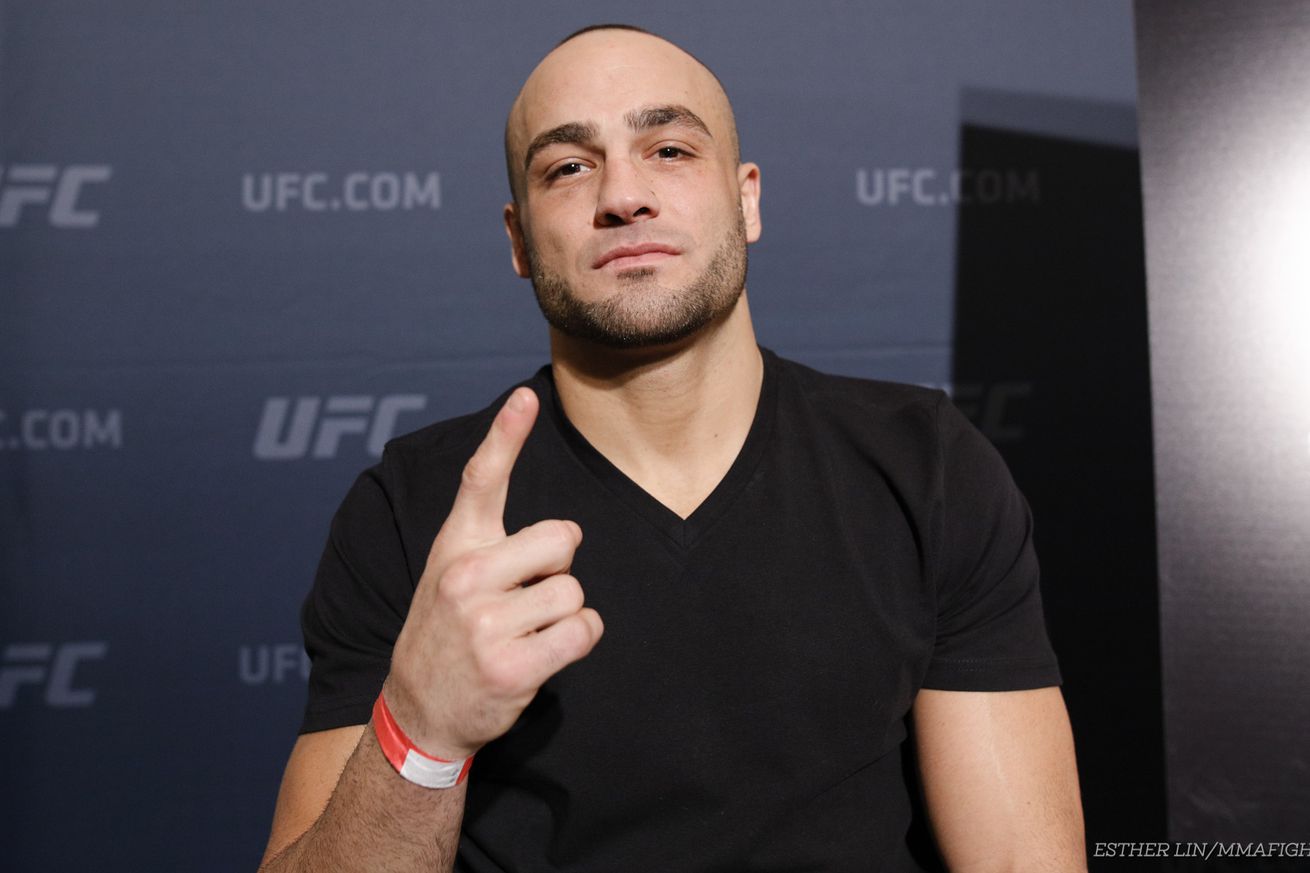 UFC lightweight champion Eddie Alvarez says he will fight whoever the UFC wants him to fight but he wants to do so on the Madison Square Garden card.

Eddie Alvarez is taking all comers.

Since winning the UFC lightweight championship from Rafael dos Anjos at UFC Fight Night 90 in July, Alvarez has maintained that he is looking for a big money fight for his first title defense, preferably against the winner of the Conor McGregor-Nate Diaz rematch which took place this past weekend. However now that that fight is in the books, Alvarez appears less particular about who he faces next.

Speaking with Jon Anik and Kenny Florian on the Anik and Florian podcast yesterday, Alvarez talked about McGregor’s win over Diaz and what is next for himself.

“I’m waiting on the UFC. Whoever the UFC wants. I was looking forward to watching that fight this weekend with these two guys and we’ll see. I don’t know what’s gonna happen. I’m waiting to hear from the powers that be. I’ll fight whoever they want next. That’s who’s next.”

It appears Alvarez cooled on the idea of fighting the winner of UFC 202’s main event after watching the trouble McGregor had with Diaz, afterwards tweeting that McGregor has “work to do” (this could be great news for number one contender Khabib Nurmagomedov who has been angling for a lightweight title shot and who says Alvarez has already turned down multiple fights against him). He expanded on this with Anik and Florian, telling them that McGregor isn’t a championship caliber fighter.

“Honestly, the first round it all looked good but I’ve said it a million times, he’s just not a championship fighter. Not a five, 5 minute round fighter. Never has been, never will be. ….View full article