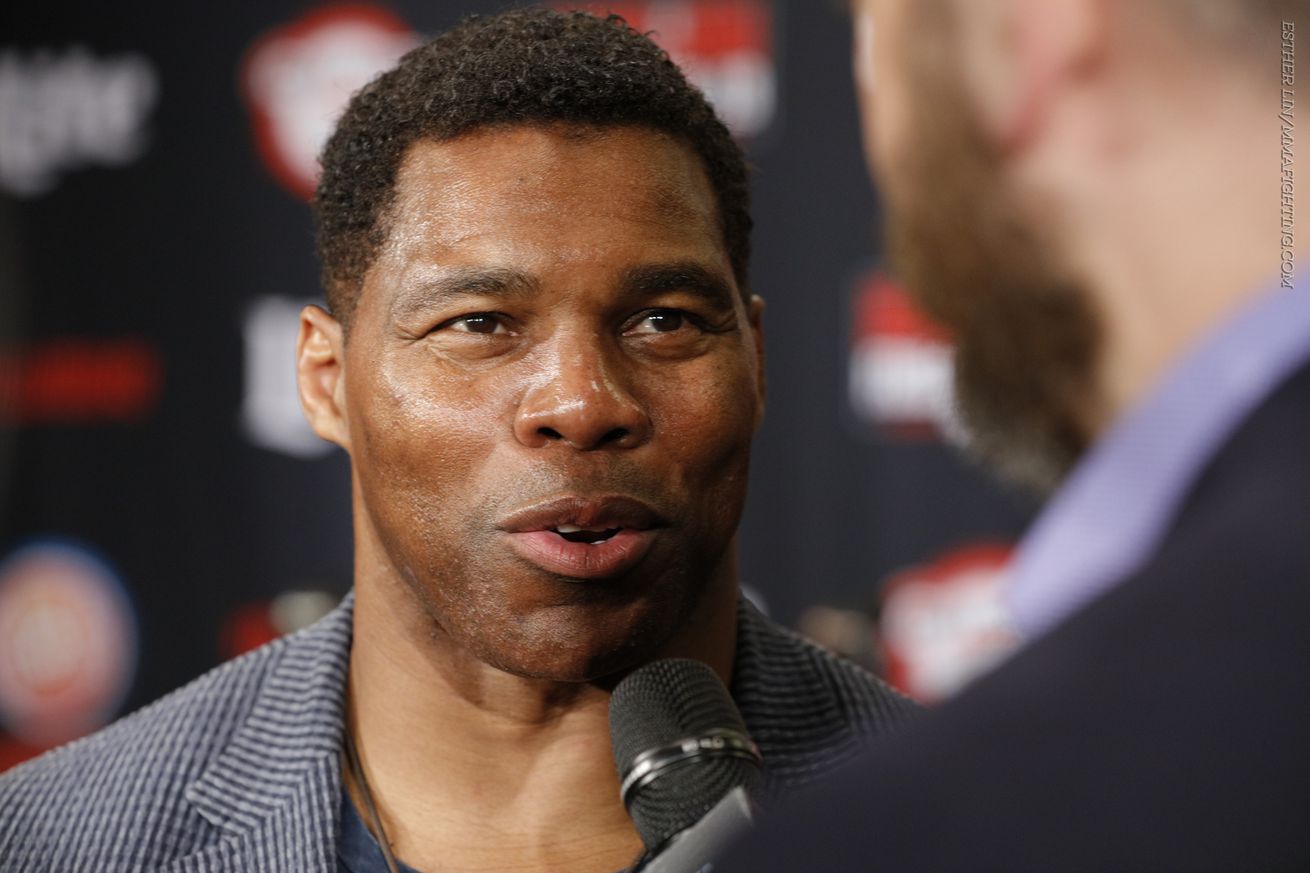 College Football Hall of Famer Herschel Walker is hoping to have another MMA fight this year and says he wants to fight “a worthy opponent.”

Brock Lesnar isn’t the only celebrity feeling that itch to fight again.

American football legend Herschel Walker sat down for an interview with TMZ sports to promote Bellator Dynamite 2 which takes place this evening. In the interview, Walker expressed his own interest in getting back into the cage.

“I told people guys I can fight again. I don’t know why people think I can’t. I’m a little different. I’m not like everyone else. There’s not a doubt in my mind I could fight again and I would love to do it.”

Walker is one of the most unique cases in MMA, coming to the game extremely late. He is one of the most decorated college football players of all-time and made the Pro Bowl twice in the NFL. He also competed for the United States Olympic bobsled team in the 1992 Winter Olympics. Walker first expressed an interest in competing in MMA back in 2007 with a black belt in Tae Kwon Do as his only combat sport experience and at the age of 45. Walker had his first fight in January of 2010 at the age of 47 for the now defunct Strikeforce promotion which he won by TKO. Walker would again fight for Strikeforce in 2011 also earning a TKO victory. Since then Walker has been inactive in MMA but maintains a good relationship with the man who ran Strikeforce at the time, Bellator CEO Scott Coker. Walker has told Coker that he hopes to schedule a fight this year.

“Scott Coker is a good friend of mine and when Scott gets ready he will give me a deal. And I told him ….View full article