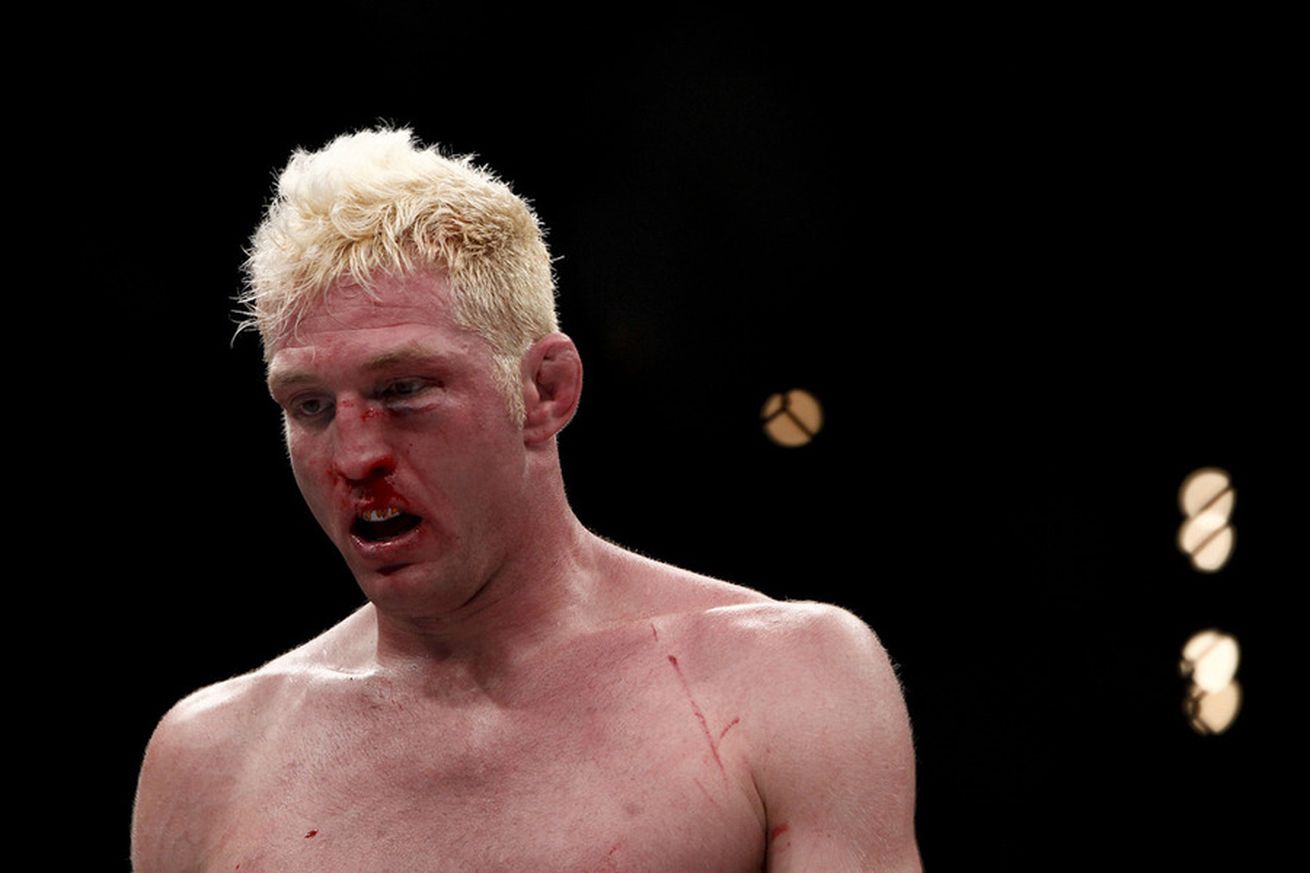 Jason ‘Mayhem’ Miller is once again a free man.

Miller was arrested March 15 for a January incident in which he allegedly vandalized a tattoo parlor with graffiti and spent five days in the Orange County Jail. Prosecutors requested a $1 million bail for the UFC and Strikeforce vet, but Miller’s attorney Cameron Talley managed to knock it down to $200,000.

It’s just the latest instance of what Miller perceives as overly aggressive response due to his many run-ins with local law enforcement.

“I understand human nature,” Miller told the OC Weekly just hours after being released on March 20. “If you read the newspapers, you probably think I’m just an idiot and that I’m some kind of evil person because all you get is this one-sided story from the cops.”

Miller believes this complicated relationship with police stems from his 2013 domestic assault charge involving his former girlfriend. Miller maintains he was forced to “wrestle” a knife away from the woman after she threatened him and believes comparisons to Jon “War Machine” Koppenhaver have “wrecked his career.”

“My ex is saying I did those same type of strikes to her that Christy Mack had done to her,” Miller said. “[No fight promoters] want to sign a guy to a contract [who] has domestic violence as a hot button issue.

“If there’s a public perception that you’re a bad guy, it snowballs. Suddenly, you’re always fighting the cops off you. You’re getting stalked by the police. They’re waiting outside your house. I’m not kidding. . . . Every time they run into me, they find a reason to charge me with some kind of crime. . . . It’s ridiculous.”

After failing to appear at a pretrial hearing in October 2014, Miller was involved in a standoff with the ….View full article