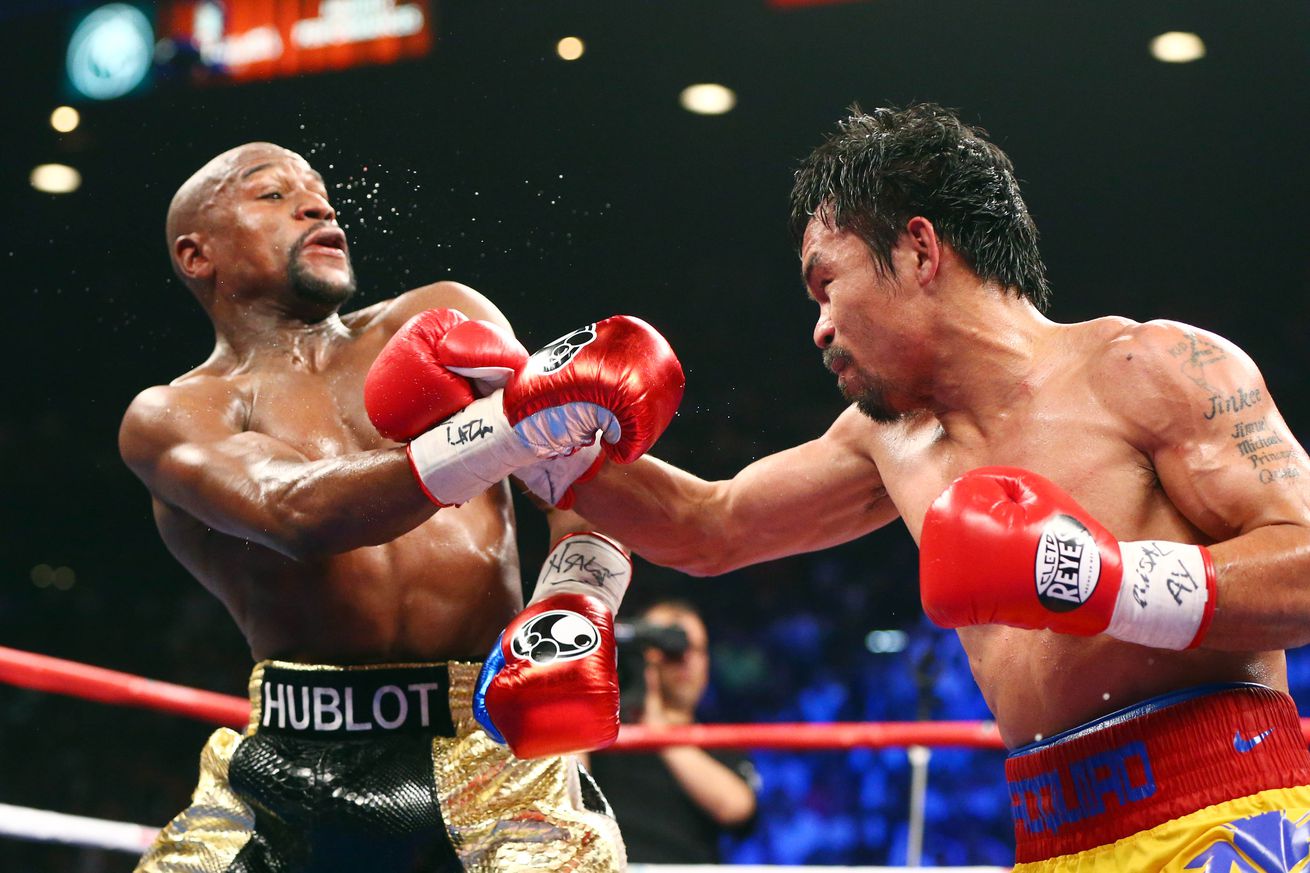 Last May, HBO boxing’s Jim Lampley told the Rich Eisen Show that he “felt terrible” for anyone who paid any amount of money to watch the “fight of the century” between Manny Pacquiao and Floyd Mayweather.

He was critical of just about every facet of the bout from its inception to its culmination, but you’d never guess it listening to him talk about the world’s leading MMA promotion with Bill Simmons on his podcast.

“[UFC] make the top people fight against the top people,” Lampley told Simmons. “It’s more like the NFL model where any given Sunday top guys are going to fight top guys. But of course what that eliminates for them is the pinnacle event. When everybody has four to five losses you can’t put together Mayweather-Pacquiao because the public wants to see people rise up way above the normal universe and then get together in some sort of summit meeting and that’s when you get the million buy Pay-Per-View, or in the case with Mayweather-Pacquiao the 4.4 million buy PPV.

“UFC will never be able to construct an event like that as long as they use the model they’re using. I’m not saying it’s wrong. I think there are intelligent reasons for them to do what they do but we’re always going to have the bigger showcase events when they happen.”

Simmons countered by pointing out that the UFC holds far more consistently high-level events. Maybe not on the level of a Mayweather-Pacquiao, but that’s quite the measuring stick.

If you thought Lampley would make it out of an MMA segment without insulting fans, don’t you worry.

“That’s why they’re doing so well,” Lampley responded. “It’s a lesser amount of rounds and shorter rounds and it’s more violent so it suits cyber-era attention spans better than the 12-round fight does. There ….View full article