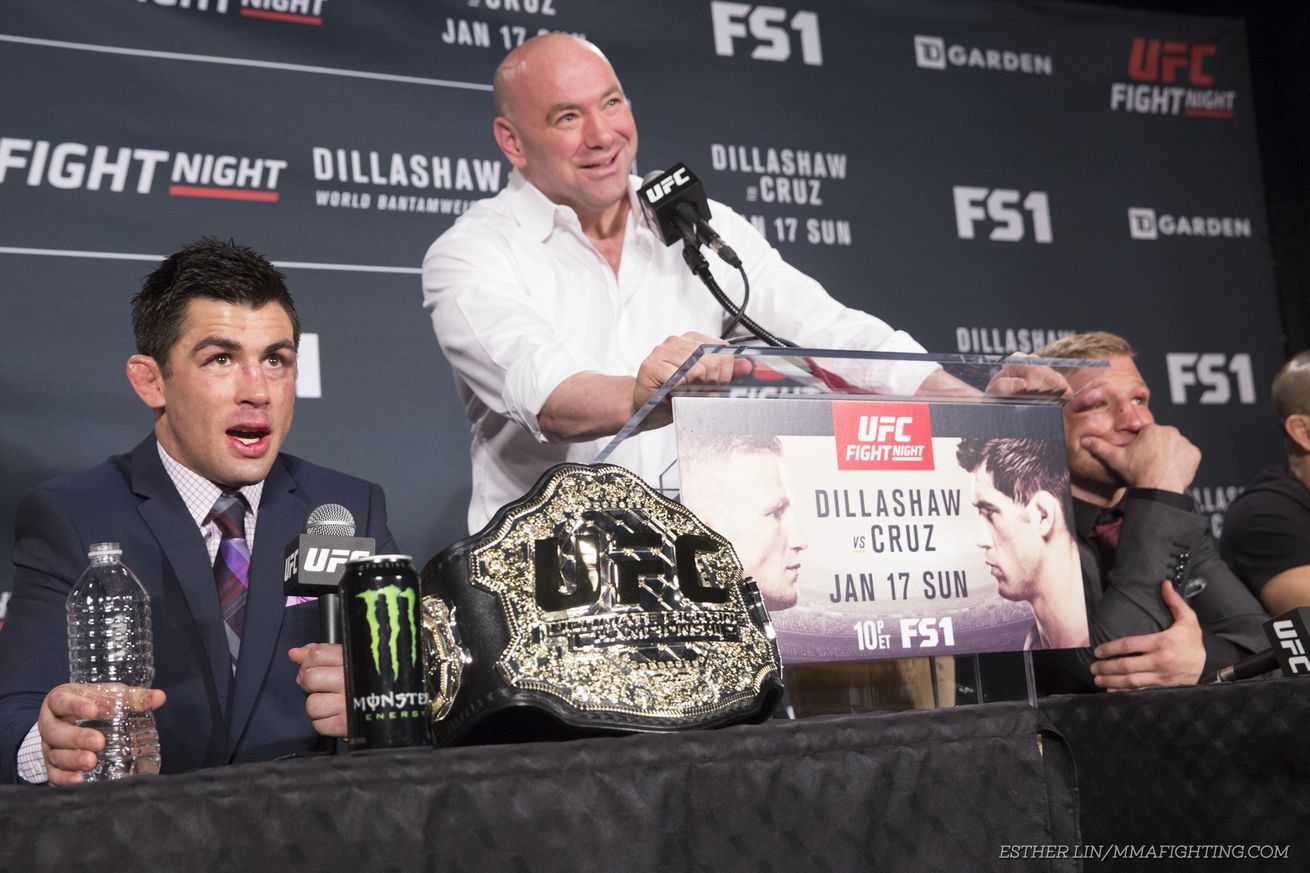 Things got a little tense in the Octagon Sunday night after Dominick Cruz reclaimed his UFC bantamweight title from T.J. Dillashaw.

Speaking with UFC commentator Joe Rogan, Cruz took a parting shot at his FOX Sports colleague and fellow analyst Kenny Florian. Florian was due to participate in the event’s coverage from the TD Garden in Boston, Massachusetts, but had been suspended by FOX after concerns he plagiarized sections of a preview article.

Florian addressed the incident Tuesday alongside fellow UFC commentator Jon Anik, who stated that Cruz was “very regretful” of those comments behind the scenes in Boston.

“I talked to Dominick and he apologized to me,” Florian said. “He said his emotions were running high and I get it. When I was fighting, you get emotional and you almost take it personally. Dominick is such a competitive dude that he took it personal.

“I picked T.J. and the only reason I picked T.J. was, yes, not only is he a great fighter, but Dominick hadn’t competed in so long. With all the injuries, that’s why I went with Dillashaw.”

Florian remarked on the occasional awkwardness of picking colleagues to win or lose but chocked it up to just part of the business he’s in.

“It was nothing personal and that’s why I hate working with some of these guys because you do become very friendly,” Florian said. “You respect guys and how could you not respect someone like Dominick Cruz? I also had worked with T.J. a bunch of times, as well, so that’s what makes this sport tough.

“Picking fights is probably my least favorite thing to do. You don’t want to offend anyone and I’m sure Dominick was probably offended by that but listen, the best revenge is getting the win and that’s exactly what he did.”