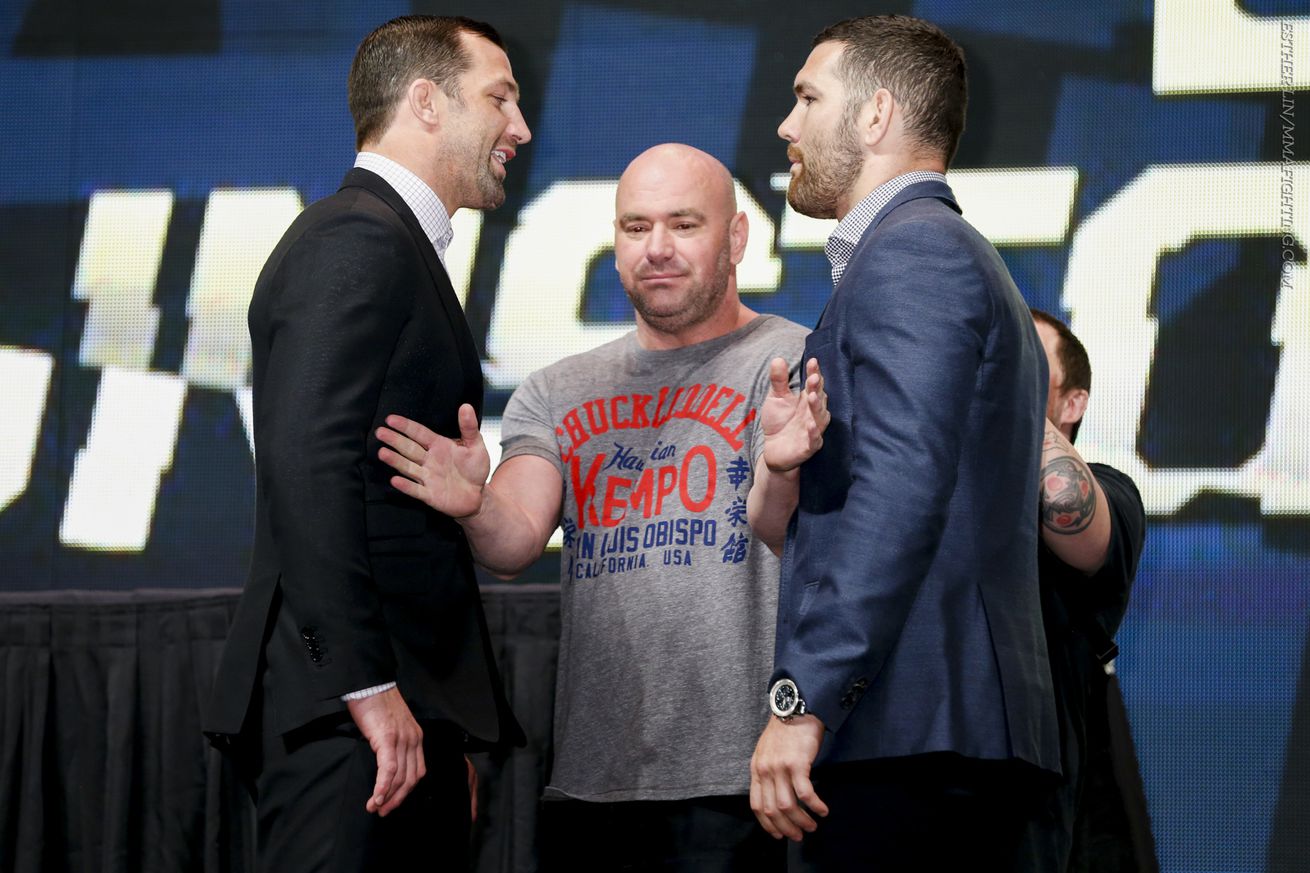 UFC middleweight champion Luke Rockhold believes he is on “another level” from Chris Weidman and will stop him in the second round.

In December, Rockhold unseated UFC middleweight champion Chris Weidman, stopping him with strikes in the fourth round and taking the belt. A rematch was announced as the main event of UFC 199 and as part of their media obligations, the 2 fighters have been doing press appearances together. Wednesday evening Rockhold and Weidman made an appearance on Fox Sports Live, sitting down with Jay Onrait and Dan O’Toole to talk about their upcoming title fight.

“[Chris] seems a bit lost,’ Rockhold said. “I don’t know if you’re seeing the same things I’m seeing but it’s pretty obvious. You never know what day of the month with Chris, if he’s gonna be on his period or not…You never know how this roller coaster is gonna go.”

Rockhold seemed to be making a concerted effort to get under the skin of Weidman but to Weidman’s credit he never seemed too put off. Instead of engaging in ad hominem attacks on Rockhold, Weidman seemed focused on discussing the parameters of the fight itself and how things have changed.

“Right now I’m feeling okay,’ joked Weidman. ‘I had some cramps during the Unstoppable event so that might have you know, went into something, got a little emotional. But he’s right, I’m not used to losing. I didn’t lose for seven years. I was undefeated. I couldn’t imagine losing. So to lose the belt is different for me and weird and I take it very seriously and I take it personal and I get emotional when I think about it. So I can’t deny what he’s saying.

“Am I lost? No. I’m actually more focused than I’ve ever been in my ….View full article