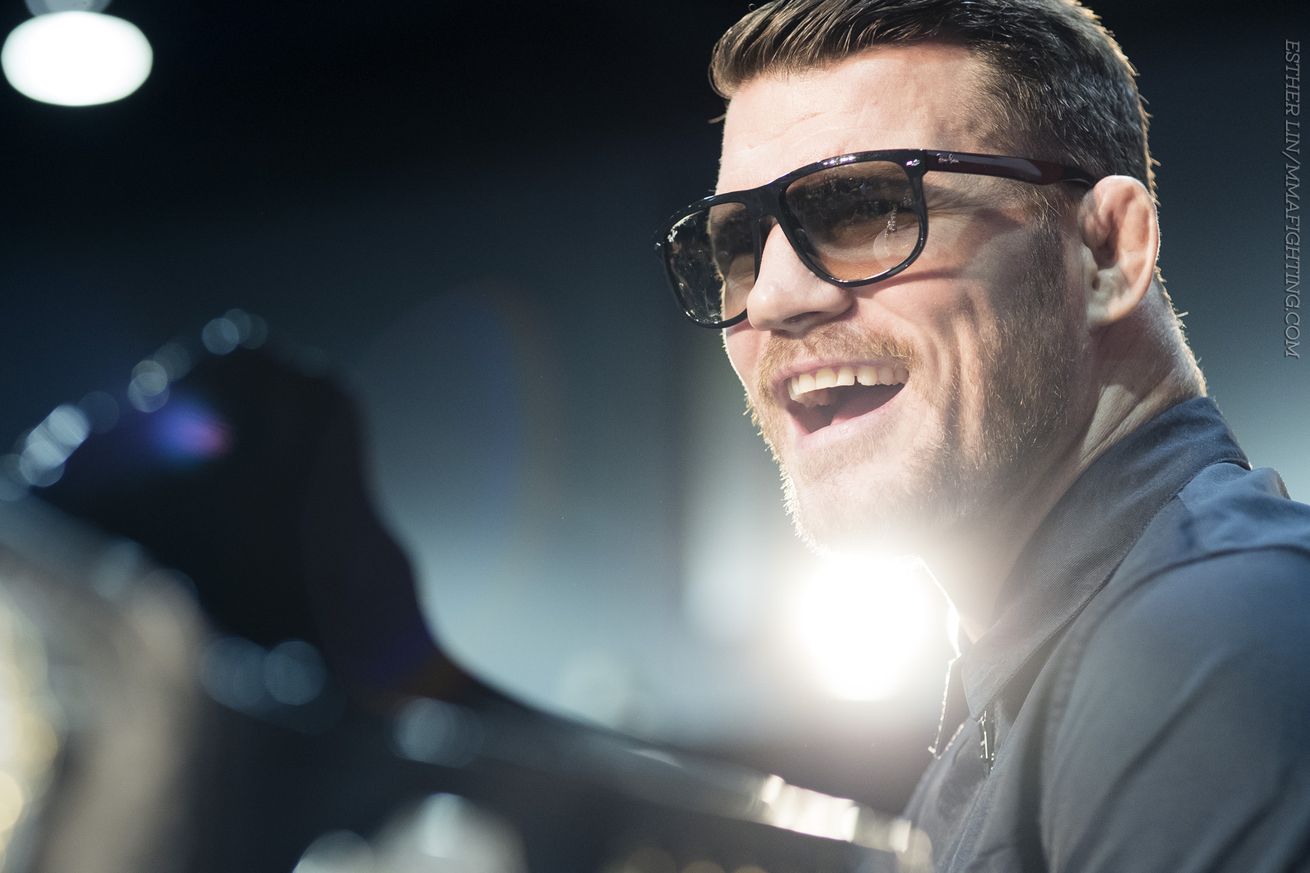 Since becoming the UFC middleweight champion last year, Bisping has led one of the most controversial title reigns in UFC history, first defending his belt against the 46-year-old Dan Henderson and being set to face former UFC middleweight champion Georges St-Pierre, who is coming off an almost four-year retirement. In the meantime, the middleweight division has been collecting viable title contenders like pokemon and all of them have let Bisping know their displeasure with his cavalier attitude toward the belt, chief among them, contenders 1A and 1B, Yoel Romero and Ronaldo Souza. But this past weekend, “Jacare” was knocked out by Robert Whittaker and now Bisping looks like he sees an opportunity to kill two contenders with one stone.

Speaking on his Believe You Me podcast, Bisping relished in the downfall of Souza and heaped praise on the man affectionately referred to by MMA fans as “Bobby Knuckles,” even applauding Whittaker for calling him out after the win.

“Jacare, that guy has had a chip on his shoulder and been talking a lot of smack about me for a long time now, the f**king disgusting-looking bastard that he is. He’s the ever-shrinking man – he’s certainly got smaller, we see his performances getting weaker and weaker. Robert Whittaker looked great. The kid is on fire. The kid’s doing well. Nothing but praise for Robert Whittaker.

“Seven wins in a row and he’s doing good and he’s knocking out some people as well and he looked great against Jacare. Listen, I never really thought Jacare was that good to be honest. If Jacare can’t take you down, he’s f*cked. His stand up is terrible. His stand up is terrible. He’s so stiff and herky jerky. He throws single shots. So Robert looked great and he called me out on the microphone immediately after. . . And fair play to him. Listen, I’ve got no qualms fighting Robert Whittaker. Let’s just make that abundantly clear right now.”

Whittaker’s performance was incredibly impressive, becoming the first man to stop Jacare since Gegard Mousasi did it with an upkick in 2008. The performance was so impressive that Bisping believes it should catapult Whittaker past Romero in the pecking order of title shots.

“Yoel Romero is a dirty, lying, cheating scumbag. If you want to do Whittaker after I’ve beaten GSP, we can. If not, I’ll do Romero. But I see Robert as a more worthy contender. He stopped Jacare, Romero didn’t stop Jacare. And Robert hasn’t tested positive for steroids so really I think it should be Robert next.”

Aside from being more deserving in Bisping’s eyes, giving Whittaker the next title shot – assuming Bisping defeats St-Pierre – also conveys one enormous benefit to Bisping: it let’s him antagonize Yoel Romero, seemingly one of his favorite activities in the world.

“Let’s officially now start the campaign that after I beat GSP, it should be Robert Whittaker. Robert Whittaker vs. Michael Bisping because – okay, maybe there’s a case that he’s the most worthy contender – but more importantly, just to f**k with Yoel Romero. He is the only fight I will take after Georges St-Pierre.”

“I just think, all those things together, Robert Whittaker – okay, admittedly, way better matchup for me stylistically – but, facts are facts and I think he should be the No. 1 contender.”

But the issue of who Bisping will fight after the St-Pierre fight is likely to resolve itself anyway. With St-Pierre not wanting to return to action until after the summer, the other contenders are most likely going to have to keep fighting until then or risk losing their place in line. If Whittaker takes another fight, like the one proposed by Luke Rockhold, and wins that one while Romero sits on the sidelines, there won’t be a debate about who is next, at least, that’s how Bisping sees it.

“Listen, I’m fighting GSP sometime this year so he’s gonna have to fight again in the meantime and I think Rockhold would be a great matchup. But it all depends if Rockhold shows up.”

Bisping really enjoys digging the knife in on the rest of the middleweight division.

Reign. Demetrious Johnson says Cody Garbrandt “will not be my next fight.”

Tick, tick. Cris Cyborg’s contract with the UFC expires in October and she wants to fight now.

Champ. Rafael dos Anjos says he has what it takes to become welterweight champion.

Some of the best stuff the UFC does.

Loma is the man.

I have no idea who these people are but this is a scorching hot take and you’ve gotta respect something with that much heat on it.

C.M. Punk getting promo’d on.

5ive Rounds. Jimi Manuwa is interviewed about his take on who deserves the next LHW title shot.

Cyborg acting like this is a done deal. I hope it is.

Feels like this is somehow what we’ll end up with after a year of nothing.

Never thought I’d say this.Wth give me McGregor vs Diaz III. I want to see champs fight not sit & try to do other stuff in their prime! #UFC

The fans want that. Lets do this!!! https://t.co/xnCv6MAzdL

I know Bobby Knux has disavowed that nickname but frankly, he doesn’t really have a choice in the matter.

They say power is the last thing to leave you.

There’s just nothing like it when @chuckliddell is ON! These are freakin ELBOWS…. from a ridiculous range!!! How was YOUR Tuesday bc I can promise you it was definitely better than mine!. #IcemanElbows @unbreakableperformance. #mma #elbowsallday #gym #IWishWePlayedCheckersInsteadOfThis

GSP is P4P king of turning enemies into friends.

If you care to sift through the comments, T-Wood says he’ll also be there defending his title so July 29th is gonna be the first big PPV of the year.

July 29th I will be in Anaheim and I’m bringing my @UFC title with me. The question is which one of em gon get it. Is it gonna be Jones or Manuwa? #showmemyopponent #andstill #weareaka #dcchampion @savlifephoto

Conor got that motivation for y’all.

flex and fuck them all.

2014: Fabricio Werdum won a UFC heavyweight title eliminator, winning a unanimous decision over Travis Browne at UFC on Fox 11. This event was also the UFC debut of Derrick Lewis who knocked out Jack May in the first round.

That’s all folks. Y’all enjoy your Wednesdays and Conor bless.