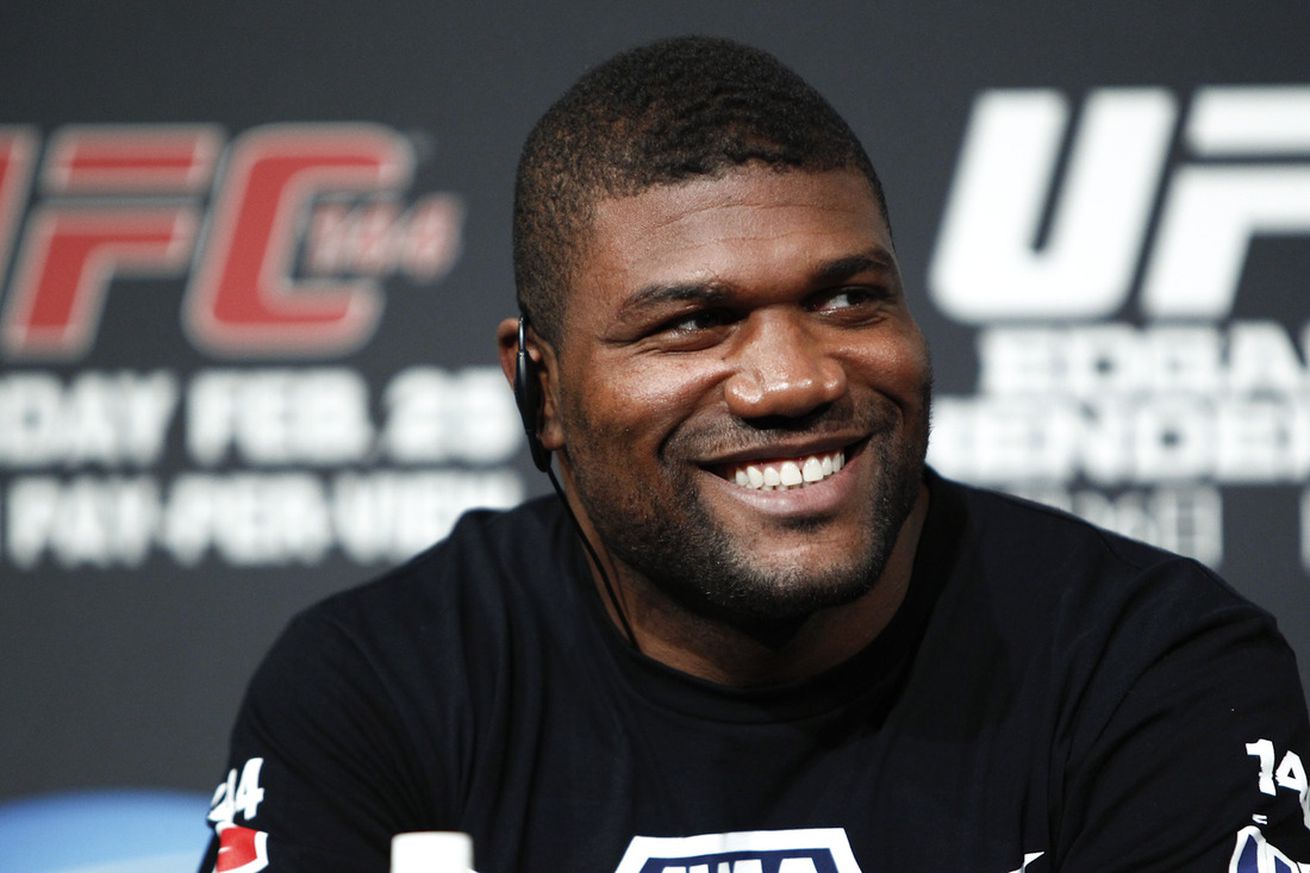 Former UFC light heavyweight champion Quinton “Rampage” Jackson says Bellator “got rid of the bad apple” and is happy that he’s not “forced to wear a clothing brand that’s not really a good fit.”

Coming back to Bellator isn’t all bad it seems.

Former UFC light heavyweight champion Quinton “Rampage” Jackson has had an interesting go of things the last couple of years. In 2013, Rampage left the UFC for the greener pastures of Bellator MMA citing disagreements with Zuffa over sponsorship and career autonomy; however, after only a year with Bellator Rampage declared he was unhappy with the company and made his intent to return to the UFC known, claiming that Bellator violated their contractual agreement with him thus giving them no rights over him. A legal battle ensued resulting in Rampage fighting once more in the UFC before now returning to the Bellator cage this June to face Olympic gold medal winning judoka Satoshi Ishii. Ahead of his fight with Ishii, Rampage spoke with media about his return to Bellator and the circumstances that dictated his return.

“You know, I’m not my own manager. I did my job. My job is to fight and entertain people. I’m not my own manager so it’s kinda tough sometimes when things don’t go according to what you’ve been told in the past. But it looks like Bellator got rid of the bad apple, and they’ve got a new apple in there so everything is all brand new to me.”

The bad “apple” Rampage is referring to is Bellator president and founder Bjorn Rebney. During Rampage’s separation from Bellator, he maintained that Rebney did not fulfill his contractual obligations by failing to provide Rampage with PPV liked veteran of the industry with a good reputation among many fighters, in June of 2014 shortly ….View full article