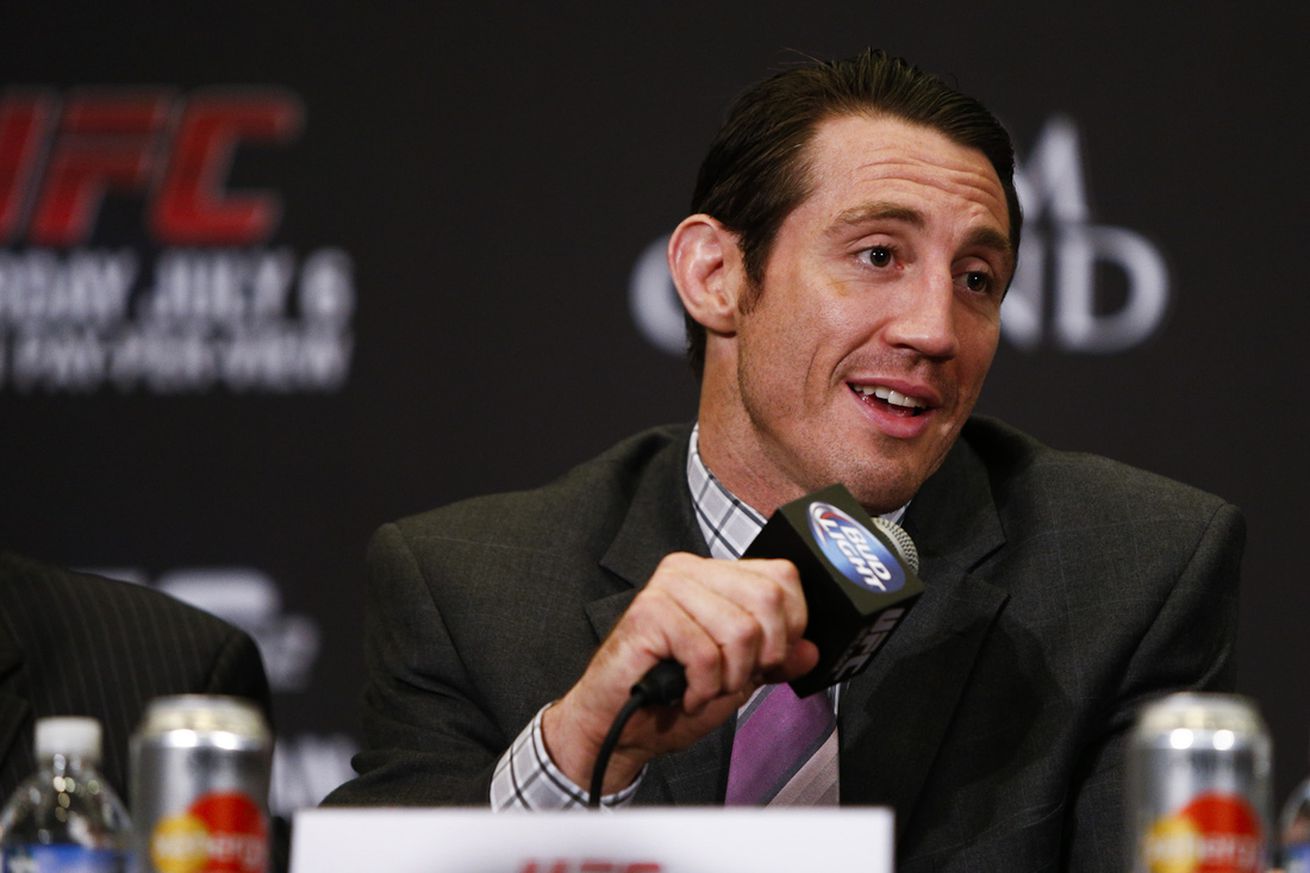 However, there were some notable detractors to the announcement who objected to the inclusion of Rebney who has a checkered past with many fighters. He infamously sued the well respected and well-liked Eddie Alvarez over a contract dispute and Ben Saunders and Muhammed Lawal (among others) have been very vocal opponents of his business practices. When Rebney was ousted from Bellator two years ago in favor of Scott Coker, many fighters were happy with the change.

With this in mind, Kennedy appeared on the SiriusXM Rush radio program The Luke Thomas Show to discuss the newly formed organization and why Rebney was necessary to bring on.

“Not to sound like a d*ck, but he’s almost a necessary evil,” Kennedy told Thomas. “We can’t go into the conversations without understanding the nuances and subtleties that existed within the promotion – the things that promoters do to garner money, the types of partnerships they create, from vendors using the arenas to sponsors with the promotion to ticket sales to pay per view sales to website content to partnerships with networks. Those are things that I don’t know, Cain Velasquez doesn’t know, TJ doesn’t know, GSP doesn’t know, Cowboy [Cerrone] doesn’t know, and even the lawyers don’t know that because they’ve never been a promoter trying to work every single angle.”

Rebney boasts a legal degree from the University of the Pacific McGeorge School of Law and a Masters of Sports Administration from Ohio University. He then worked as a boxing promoter before founding Bellator in 2008. Over the next six years, it grew into the world’s second most notable MMA promotion behind only the UFC, securing television deals for the promotion and ultimately taking part in its purchase by Viacom in 2011. Rebney is as credentialed as it gets in the field of MMA promotion and his addition to the group is concerning mostly because of the “fox in the hen house” feel of it. But Kennedy says that’s a problem.

“These are the things I know about Bjorn: his heart right now is 100% in the right place to maybe right wrongs of what he’s done as a promoter and take care of fighters like he’s never been able to before. His job as a promoter is to make money and to drive sales, drive content and that’s what he did very successfully. Now, now his job is to ensure that the fighters for the first time have an opportunity to be fairly compensated. So he has the knowledge and the expertise that maybe nobody else besides Scott Coker and Dana White have. And don’t think Scott wasn’t talked to and considered but this had to be done.”

In fact, according to Kennedy, Rebney might be their ace in the hole. The MMAAA enters a landscape currently occupied by two other competing groups, the Professional Fighters Association and the MMA Fighters Association but neither group has had much success (granted the PFA debuted earlier this year). Kennedy believes that the inclusion of Rebney among their team will be a key component towards success where other organizations have failed for lack of first hand knowledge.

“This is an enormous undertaking that’s not gonna be done with an agent that manages baseball players. This had to be done with the best and the brightest people who knew the dirty secrets about this sport. The complexity of what this is gonna be couldn’t be done without this team that we have…It is extensive and comprehensive and we are brilliantly positioned to be an overwhelming success for the fighters.”

Kennedy went on to say that he has been contacted by hundreds of current fighters about the future of the organization and that in the coming weeks and months they will sit down with fighters individually to ensure complete comprehension of what the MMAAA is trying to accomplish and how they intend to do so. His goal is to grow this with the help of all the fighters and leave a legacy of goodwill when he’s done with his career.

“I want in ten years from now somebody to look back and say, ‘that was the moment the sport changed for the better for the athletes.'”

You can listen to a clip of the interview below. Kennedy fights Kelvin Gastelum at UFC 206 on Dec. 10th in Toronto, Canada.

Not stripped. Dana White explains why Conor McGregor is no longer the featherweight champion.

Plan B. Jon Jones says he used to get “blacked out drunk” a week before his fights.

Cancelled. The UFC cancelled their upcoming Anaheim card and moved it back to August.

AKA. Daniel Cormier must have surgery, hopes to return in 4 months.

Still AKA. Cain Velasquez has surgery scheduled for after his rematch with Fabricio Werdum.

Garbage. Iain Kidd discovers that Lyoto Machida may not have faced a USADA suspension had he not self reported.

TWood saying he’s trying to get that Conor fight.

This is our world now.

JBJ on Rogan talking about his d*ck pills.

Returning to his old stomping grounds.

@BjornRebney please contact us so we can support your new venture

Cool and refreshing under all this #shade.

Bjorn aint Captain Save A Fighter. Lol….he aint out there to save fighters. They betta put him behind the scenes. Lol

The FIGHTERS are 100% in control of this. The board which Bjorn is NOT on will make all decisions. https://t.co/SxZfJ8RLCz

Fans like these are why we don’t have anything. He clearly loves mma. https://t.co/p6hJ5n9bOF

I feel bad for Yana Kunitskaya. No one cares about how she feels about losing her belt. Had the ref not screwed up she still could have won.

Anyone else thinks Cody looks like young Bang Ludwig?

The boss @danawhite giving me his approval #ufc206 #ufctoronto #kickingassnotkissingass

Fight weekend with a double shot of Bellator and the P4P king going into battle. Should be fun. Enjoy the weekend y’all and see ya Monday.

Poll
Cejudo vs. Benavidez, who ya got?