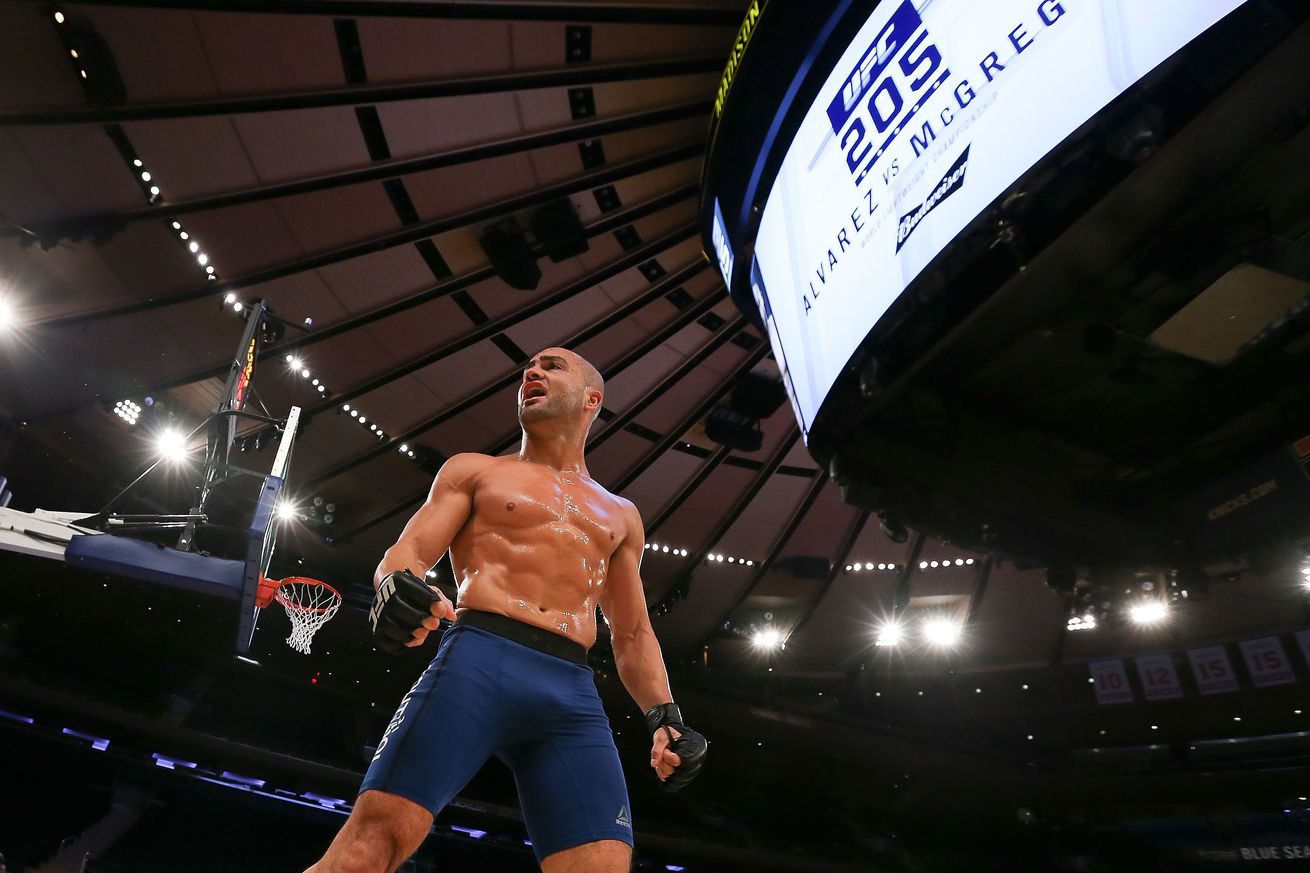 And the champ, relishing the “magic” of the moment, is already calling his shot.

Alvarez (28-4) captured the crown by face-smashing Rafael dos Anjos back in July, his first finish inside the Octagon following a highly-anticipated transition from the ranks of Bellator MMA, where he also held the 155-pound strap.

And he’s not easily impressed.

He’ll undoubtedly have his hands full against the “Notorious” Irishman (20-3), an accomplished striker who’s finished 17 of his 20 wins by way of knockout/technical knockout, a staggering 85 percent knockout rate.

To see who else is fighting at UFC 205 click here.