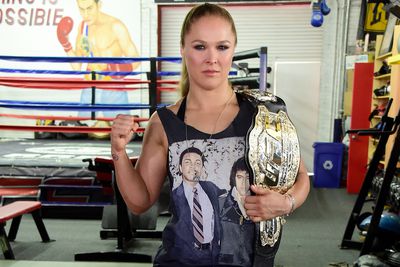 “I feel like she does a really good job of being who she is, I think that’s what people see in her,” Patrick told reporters at a Tissot watch event (via Sporting News). “I feel like when I see her, I see Ronda. I feel like she’s being honest and upfront. We as consumers love to see that.”

There you have it, a co-sign from one pioneer in the female sports world to another.

Rousey (12-0) certainly hasn’t met a microphone she hasn’t felt comfortable around. The 28-year-old is even doling out sex advice, left and right.

Outside of her numerous media obligations, ….View original article