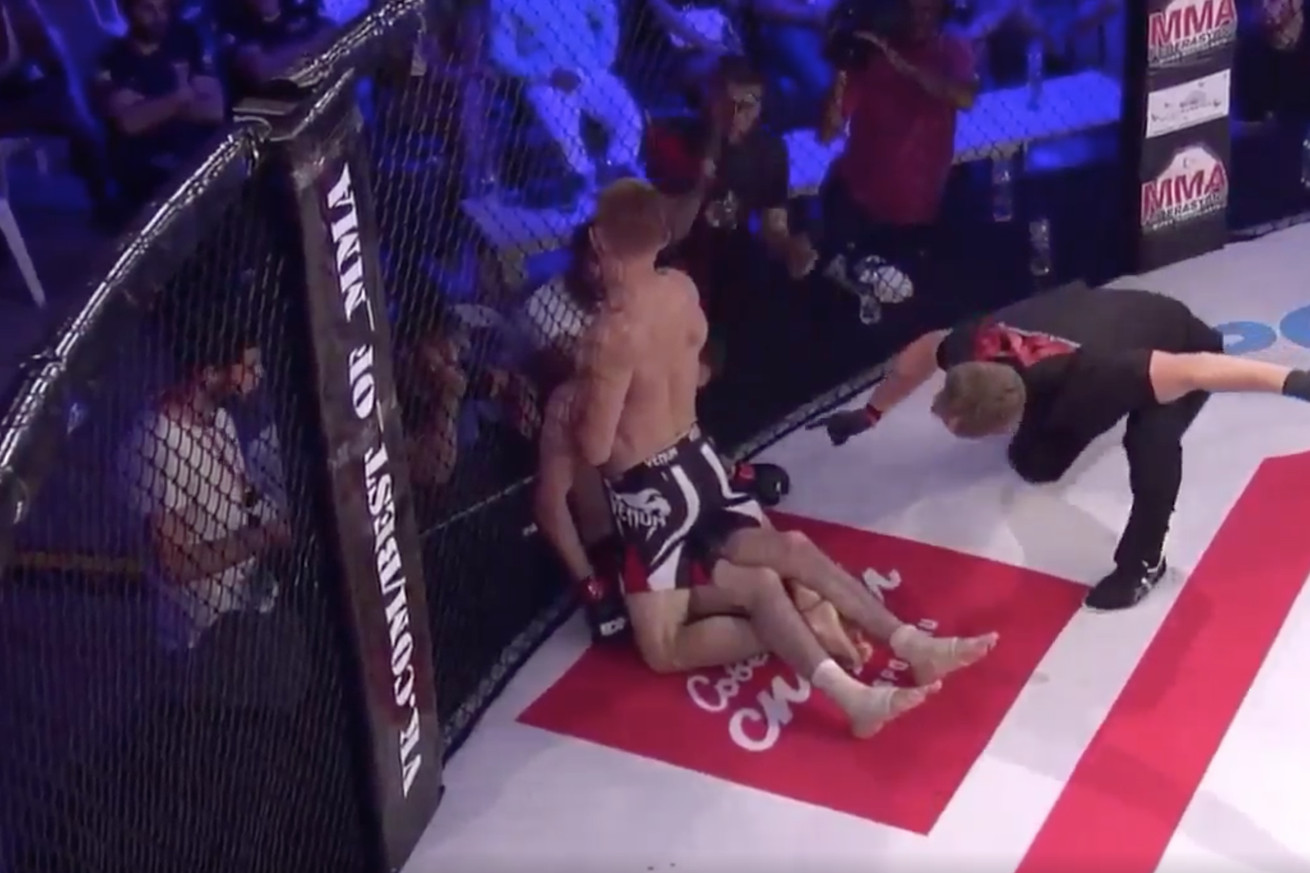 The world of MMA is full of strange moments.

On Wednesday, at ACB 64 in Antalya, Turkey, bantamweight fighter Nashkho Galaev was choked out unconscious by his opponent Denis Mutsnek in the first round of the fight. However, the fight didn’t end there, as Galaev somehow regained consciousness during the bout and came back to knock out his opponent with a brutal knee in the second round. With this victory, Galaev is now on a five-fight win streak, and was able to improve his record to 6-3.

Below you can watch one of the strangest comebacks in MMA: