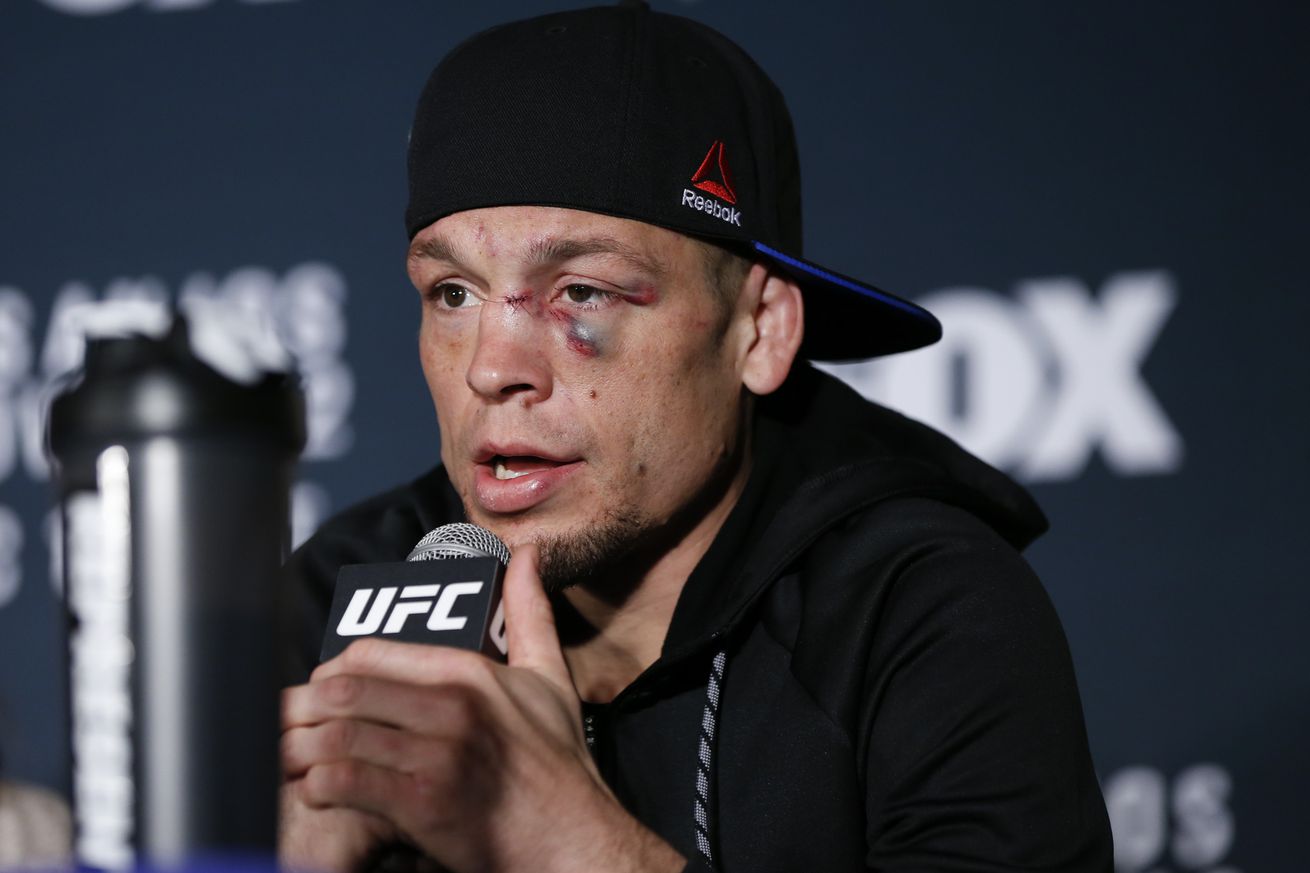 TORRANCE, Calif. — Nobody even asked. Nate Diaz just came right out and said it.

“Everybody is on steroids,” Diaz said Wednesday during a UFC 196 press conference. “The whole UFC. Everybody.”

That’s quite the accusation and one that didn’t make UFC president Dana White very happy. White, who was not in attendance here in Los Angeles, told TMZ minutes later that Diaz was dead wrong about his bold statement, especially since the UFC has an anti-doping partnership with USADA, which began last July.

“The UFC unquestionably has the best drug-testing program in all of sports,” White told the site. “All done by the United States Anti-Doping Association.”

Diaz will fight Conor McGregor in the main event of UFC 196 on March 5 in Las Vegas. McGregor, the UFC featherweight champion, was sitting just a few feet away from Diaz and he took umbrage with the performance-enhancing drug accusations — and he shot right back.

“I’m not on no steroids,” McGregor said. “What the f*ck are you talking about? Your two teammates were on steroids. Your two boys. The Skrap Pack. Remember that? Did you know they were taking that stuff?”

McGregor is talking about Gilbert Melendez and Jake Shields, Diaz’s teammates who have been suspended and fined for using banned substances. Melendez was suspended for one year by the UFC in June 2015 for failing a post-fight drug test due to heightened levels of testosterone. Shields was suspended for six months in Colorado in 2012 and later admitted it was for diuretics used to cut weight.

Diaz was not deterred by McGregor’s response, putting names to the people he believes are using PEDs.

“And you and [Rafael] dos Anjos and [Anthony] Pettis and everybody,” Diaz said. … “You’re on steroids.”

McGregor laughed and then faced the large crowd gathered.