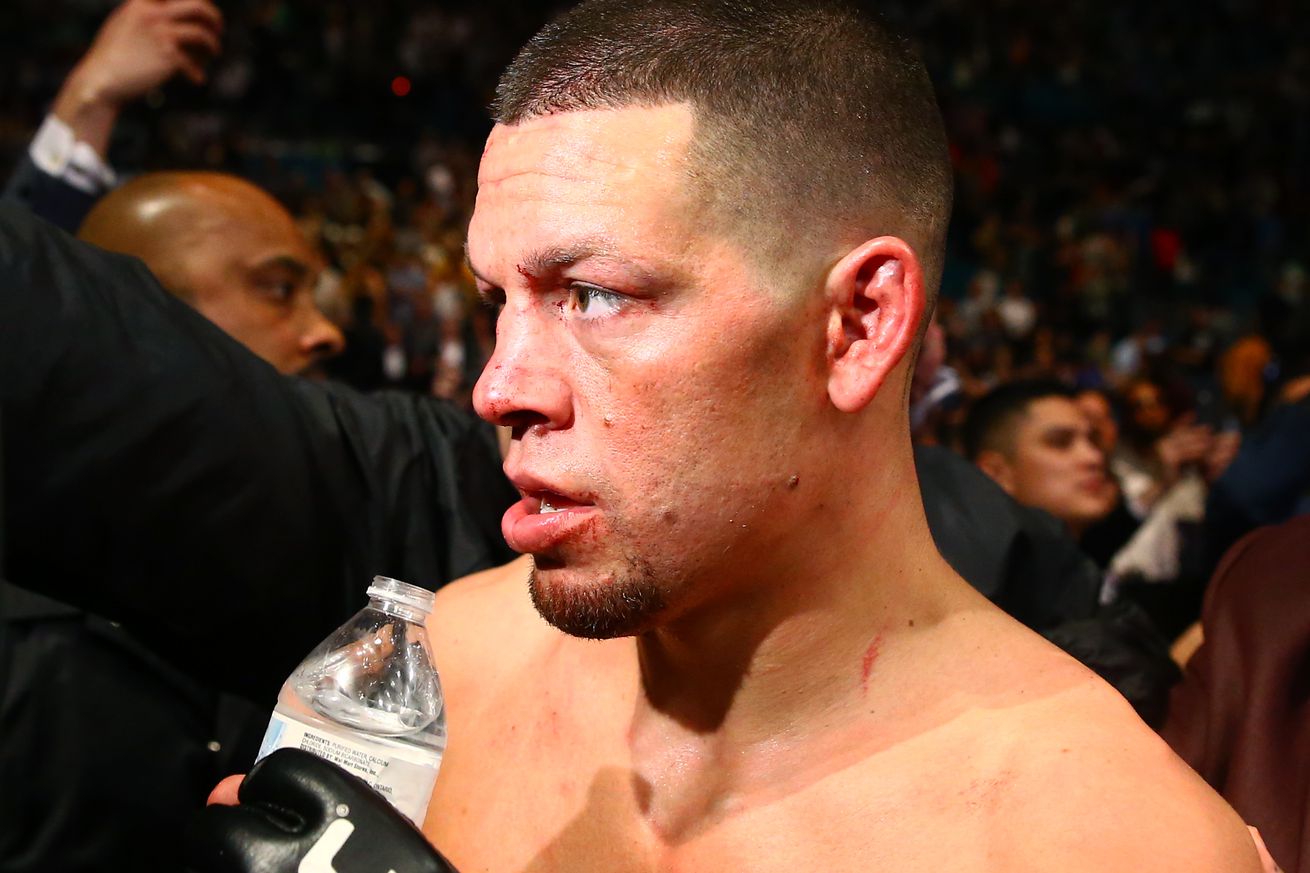 Why did Nate Diaz recently tweet about getting played by Ultimate Fighting Championship UFC)?

It’s silly-ass questions like that making life difficult for the UFC 202 headliner, who rematches Conor McGregor in the Aug. 20 pay-per-view (PPV) event in Las Vegas, Nevada. After all, the Stocktonite — much like his “Notorious” foe — just wants to train in peace.

Which is why he doesn’t need any behind-the-scenes secrets from the UFC brass, according to comments made during last week’s UFC 202 media conference call (via Daily Star).

“It was just some behind-the-scenes stuff that they were not telling me about and hiding from me. They had me doing a little run-around. I was just trying to get home and train. I didn’t want to be out there for that long. It all worked out though. I had training out there and it was just like [McGregor] said, it’s a distraction when you’re out there. Like, fuck this shit. I mean, that stuff is all good and fun after a fight, but before the fight it’s like, I’m not in the mood to sit here and answer silly-ass questions and play silly-ass little sketches and roles when I’ve got this shit going on. But it all got worked out and everything is all good.”

Good? It was better than good in this silly-ass little sketch.

Diaz has been asking for the limelight ever since the promotion “conned” him into an eight-fight contract. When Rafael dos Anjos got hurt and withdrew from UFC 196, The Ultimate Fighter (TUF) 5 champ made the most of his short-notice opportunity and choked McGregor into submission (watch it again here).

Now they’ll run it back in less than two weeks … we hope.