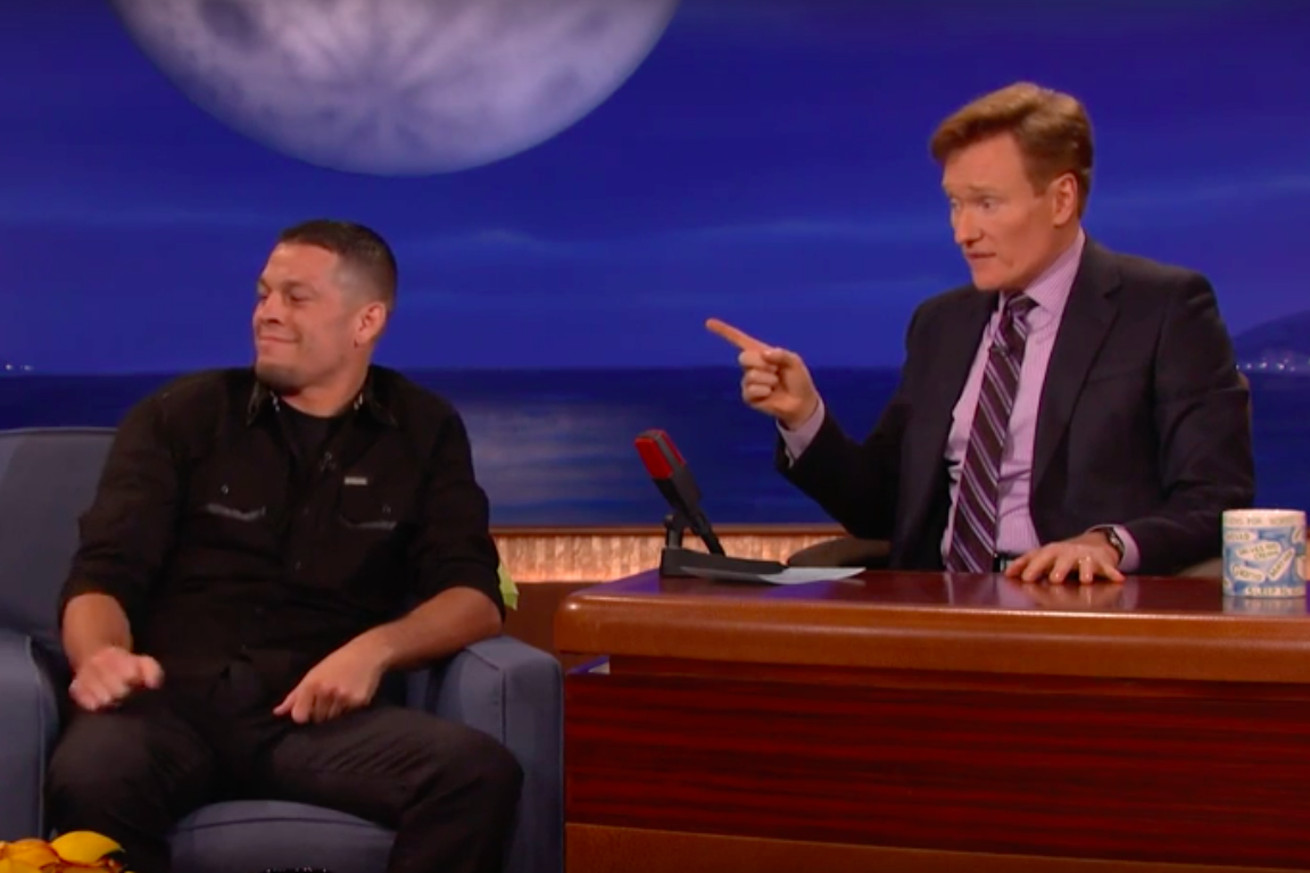 Most fighters say they’re confident before stepping in the cage. Nate Diaz thinks that’s all BS.

Diaz admitted Tuesday night on “Conan” that he has a negative mindset before fights and works his way up from there.

“I write it off from the beginning like, ‘I’m probably gonna get knocked out,'” Diaz said. “Just take that and accept it. And then go in there and make it happen. When it doesn’t happen, when you come out with a win, that’s pretty exciting.”

Diaz will meet Conor McGregor in a rematch in the main event of UFC 202 on Aug. 20 in Las Vegas. He defeated McGregor by second-round submission at UFC 196 back in March. Diaz being on “Conan,” a prominent late-night television show with a famous host, is a gigantic deal and emphasis the kind of star power he now holds.

For his part, though, Diaz wasn’t any different on the TBS program. He was the candid Diaz that MMA fans know and love, maybe minus a few four-letter words.

On the topic of how a fighter feels before competing, he didn’t hold back. There’s real anxiety and a wavering of confidence. All that “Eye of the Tiger” stuff isn’t a reality, Diaz said.

“They’re all full of it. I’m a realist, man,” Diaz said. “I accept the fact that there’s a probability you’re gonna get taken out and it’s gonna be pretty embarrassing. I accept that and go out there and don’t let it happen. And hopefully come out on top.”