Home MMA News Nate Diaz: I ‘might get murked’ by Conor McGregor, but I ‘don’t care’
ShareTweet 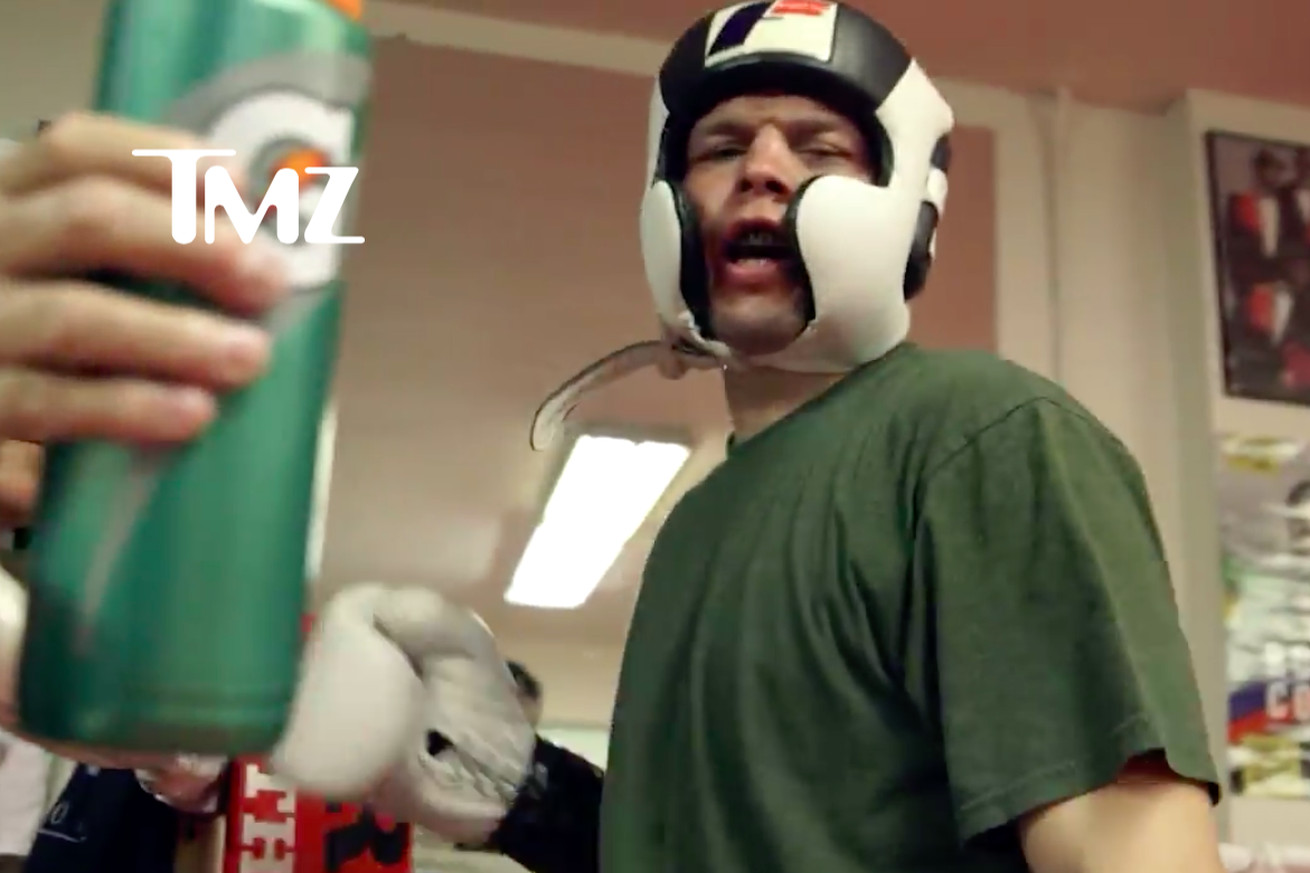 Nate Diaz is fully aware of what could happen Saturday night. And he’s prepared to go out on his sword if it comes to that.

Diaz will fight Conor McGregor in the main event of UFC 196 in Las Vegas. He’s a late fill-in for lightweight champion Rafael dos Anjos, who broke his foot. Diaz will have only 11 days to fully prepare for the fight with McGregor, the UFC featherweight champion.

“I think you should beat everybody on your worst day, but you can never be ready enough for a fight anyway,” Diaz said in a video posted Tuesday on TMZ. “Might get murked. Don’t care, though. It’s all good. Or he might.”

There won’t be any training camp for Diaz. He’ll only get a few days to actually hit the gym and work on things. Some of those 11 days will be dedicated to media and cutting weight, even though the fight is at 170 pounds and Diaz normally fights at 155.

“It would have been nice to get a camp,” Diaz said. “It’s all good, whatever. I’ve went to camps, trained hard and fought like sh*t. Three weeks later, after eating as much as I want, hanging out, not doing nothing, came in and whooped everybody’s ass in the gym anyway. So we’ll see what happens.”

In the video, Diaz doubled down on some of the things he said last week at a press conference in Los Angeles. Diaz said the UFC kept calling him and that he didn’t ask to fight McGregor this coming weekend.

“There’s no other way,” Diaz said. “It’s no McGregor show. It’s a fight that needed to happen. I’m the biggest fight. They knew they were fighting me already. They were already training for me. They knew what’s up. But hey, don’t trip. ….View full article