Home MMA News Nate Diaz: I’m getting my boxing license because UFC put me on the shelf
ShareTweet 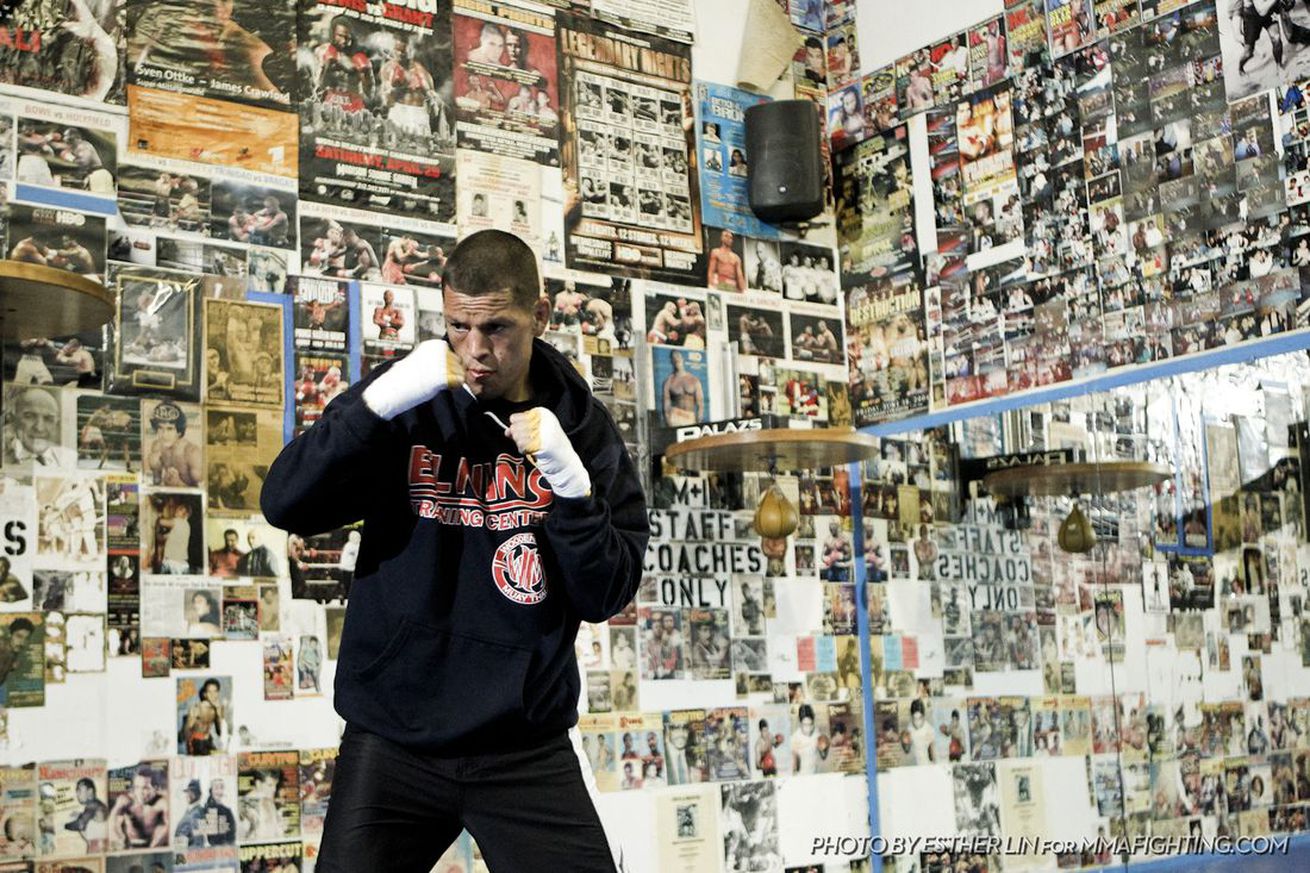 Have the tables been turned back the other way?

Ultimate Fighting Championship (UFC) lightweight contender Nate Diaz, who moonlights as a welterweight attraction when the opportunity presents itself, claims to have been shelved by the world’s largest mixed martial arts (MMA) promotion after splitting a pair of fights against reigning 155-pound kingpin Conor McGregor.

“I know what this is: I’m being put on the shelf,” Diaz told Los Angeles Times. “That’s why I’m trying to get a boxing license.”

There are worse ways to kill 10 months.

“Nate said the only fight he wants is Conor,” UFC President Dana White retorted. “I haven’t heard a word from him [since August]. Usually when guys want a fight, they call.”

Pfffft. White should already know by now, that’s how they roll in the 209.

Diaz (19-11), currently ranked No. 6 at 155 pounds, turned away Michael Johnson at UFC on FOX 15 prior to hitting the jackpot, one that White speculated might keep the wily slugger on a permanent vacation.

Considering the kind of vacations Diaz takes, that might not be such a bad thing.