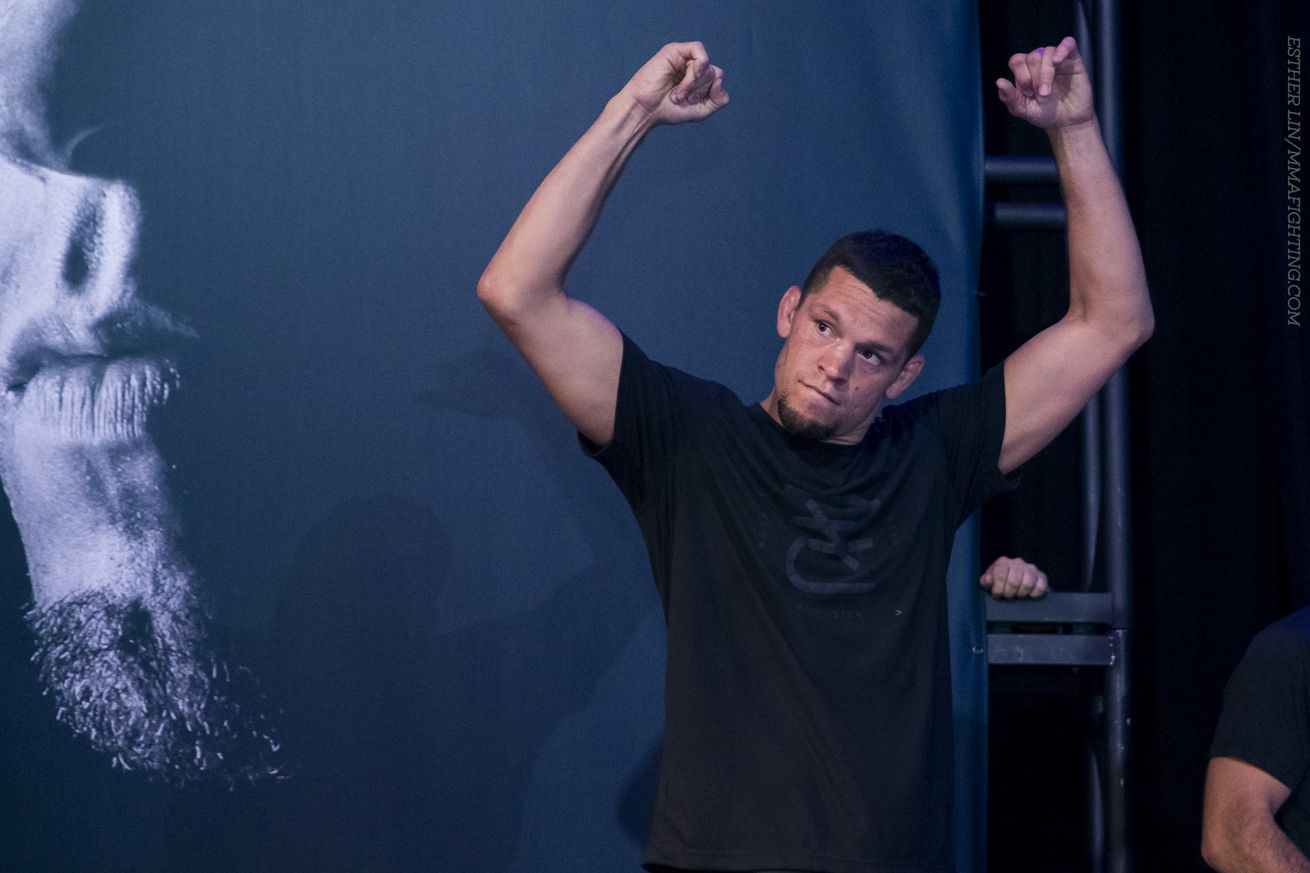 Nate Diaz took a page out of his brother’s book when describing the potential boxing match between Conor McGregor and Floyd Mayweather Jr.

Diaz isn’t sure if the fight will happen, thinks it’s mostly hype and can’t help but to laugh about Mayweather saying that McGregor has a shot to beat him in boxing.

Diaz said at first he thought it was going to happen with all the talk from every side, including the UFC. But now the Stockton, Calif., native things the idea of a matchup was just a way to give everyone a lift. Now that they might have to actually do it, Diaz said, people are backing off. Showtime exec Stephen Espinoza said last week that negotiations were “at a standstill.”

If it does go down — and Diaz won’t make a prediction either way — he believes no matter the result it’s a win-win for him.

“If Floyd beats Conor, who the f*ck gives a sh*t?” Diaz said. “I already whipped Conor’s ass. So you beat the guy I beat up. If Conor beats Floyd, then the guy whose ass I whipped just beat Floyd Mayweather. And it’s great. So I’m calling their bluff. Make the fight happen already, let’s see this sh*t pop off. I’m ready to see something go. I got winner, if anything.”

Diaz got a random call from Mayweather earlier this year. He said he was surprised by the contact, just “smoked a joint” and didn’t know how to take it. Diaz said he almost cursed Mayweather out and hung up on him.

“I was thinking like that, f*ck this dude,” Diaz said. “He’s getting in a fight with McGregor, they’re gonna make all this money. Like I don’t mean to be a hater, but f*ck them I wanted to fight these mother f*ckers. I was thinking of being like, ‘F*ck you, mother f*cker. What the f*ck are you calling me for?’ I was thinking about hanging up quick. But then when I’m talking to him, I’m like that’s Floyd Mayweather. I have respect for the man. I’m a f*cking martial artist. That guy is the best at what he does. And has been proving it for years.”

Respect is what separates him from McGregor, Diaz said. The two have taken part in a pair of the biggest fights in UFC history. Diaz beat McGregor at UFC 196 last year by submission, while McGregor got revenge by beating Diaz at UFC 202 last August by majority decision. The trash talk lobbed between the men and their camps has been legendary and there have been multiple physical altercations outside the cage.

“I’m not a disrespectful little dickhead, is what’s what,” Diaz said. “I got respect for people and I’m not gonna mouth off unless they’re mouthing off to me. I’m not a little asshole.

“That guy McGregor ain’t got no respect for nobody, that’s the thing. And that guy got where he’s at by being a disrespectful little shit, but either way. Either way, I’d have whooped your ass in a boxing match, McGregor.”

Diaz said he has his boxing license now in Nevada and California. But, of course, he remains under contract with the UFC, like McGregor. UFC president Dana White has said he’d co-sign on McGregor facing Mayweather in boxing (with the UFC in on the revenue, surely). But Diaz is still not convinced it’s anything more than big talk at this point.

“It was good for everybody for that to happen, but now that it’s time to happen, where’s that at?” Diaz said of the bout. “I call their bluff. F*cking make the fight happen.”