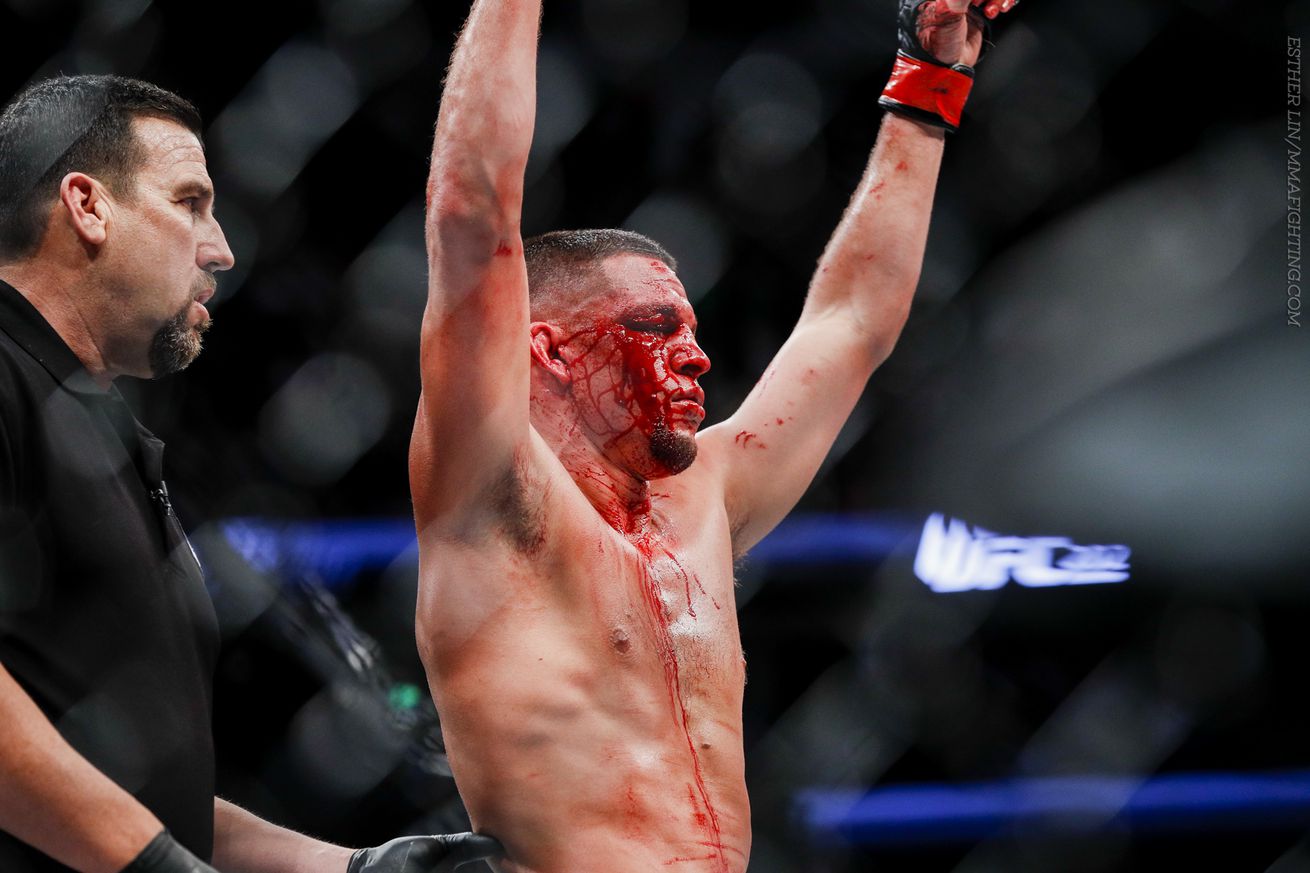 LAS VEGAS — At this point, it seems like a foregone conclusion that the trilogy fight between Nate Diaz and Conor McGregor is destined to happen, whether it’s sometime soon or later on down the road.

McGregor evened the score at one apiece with a grueling decision win over Diaz on Saturday night at UFC 202, and afterward Diaz made things clear that he isn’t in a hurry to fight again unless it is the Irishman standing across from him.

“I’m not doing sh*t until we go for round three,” Diaz said at the event’s post-fight press conference. “You won’t be seeing me until then. If they want to set it up as soon as possible, let’s do it. But I don’t think it’s a very good business move for him to be taking any other fights, and he’s a businessman, so we’ll see what happens.”

McGregor echoed Diaz’s sentiments about the inevitability of a trilogy fight, although he also left the door open for other bouts to take place before the two rivals set up their rubber match.

UFC president Dana White has long asserted that McGregor’s next fight will be a defense of the UFC featherweight title, and while McGregor was noncommittal about that idea, he did insist that a third bout against Diaz would be contested at lightweight, rather than welterweight — a condition which Diaz gladly accepted.

“I’ve been a lightweight the whole time,” Diaz said. “I think I walked into the cage tonight probably at 177, 176, 175. F*ck, maybe lighter. So hell yeah, that’s what I wanted this fight at, so I could have a six-pack. You know you want to be in a picture with a six-pack.”

One thing is certain, and that is by putting on one of the best fights of the year ….View full article