Home MMA News Nate Diaz on Conor McGregor’s trash talk: ‘There is not much to say’ before rematch
ShareTweet 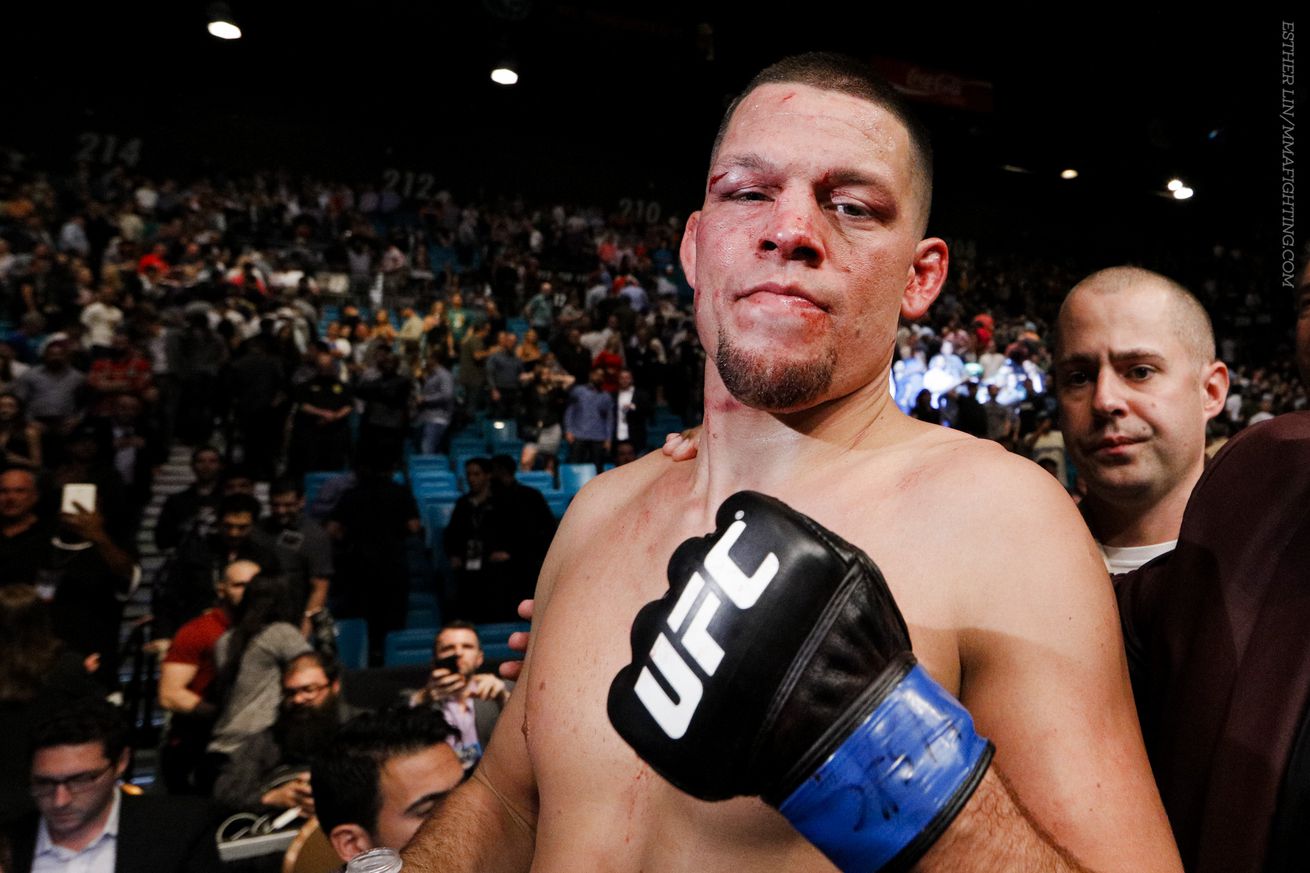 Conor McGregor took all kinds of shots at Nate Diaz before the two fought at UFC 196, calling him a “scared little brother” and questioning whether he is who he portrays himself to be.

After Diaz beat him by second-round submission March 5, the Stockton, Calif., native is not sure what McGregor will come up with verbally before the rematch.

“He’s got his little moves, so he’s probably got a bunch of stuff lined up,” Diaz said Thursday on ESPN’s SportsNation. “But there is not much to say.”

The two men will fight again in the main event of UFC 200 on July 9 at the brand new T-Mobile Arena in Las Vegas. MMA Fighting’s Ariel Helwani reported the fight was in the works last week. Diaz has been on a media tour this week, doing spots on FOX Sports and ESPN following his big victory. UFC 196 was the biggest event of the year and one of the largest financial draws in UFC history.

One of Diaz’s big takeaways from the fight was that McGregor is being given too much credit for going up two weight classes. McGregor is the 145-pound champion and fought Diaz at 170 pounds. But McGregor was talking about moving up anyway and Diaz is a true lightweight — he just took the fight on 11 days notice when Rafael dos Anjos pulled out.

“Yeah, it does bother me,” Diaz said. “He was already talking about going up and fighting the welterweight champ and taking him out and even fighting at 185 and all these things. When he lost the fight, he’s getting all this credit for going up two weight classes. But I’m really only one weight class above him. I’m a lightweight.

“I’m only one class ahead of him. He’s moving ….View full article