Home MMA News Nate Diaz rumored to be in talks to fight Anthony Pettis, according to brother Nick
ShareTweet 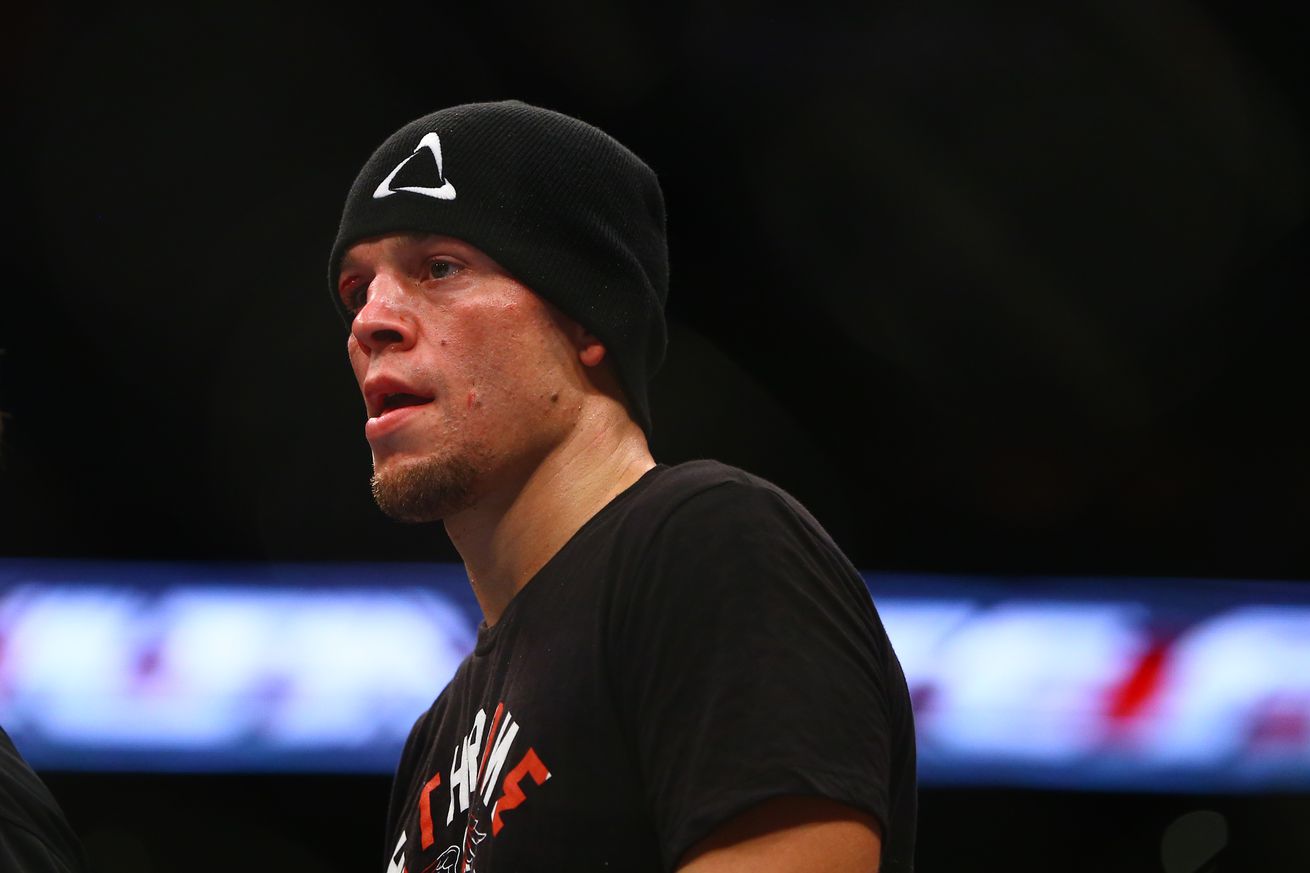 It would seem to fit all of the criteria of a modern Diaz fight: A big name, a money fight, a non-wrestler.

And for those following the lightweight brackets in Ultimate Fighting Championship (UFC) it really just makes sense.

Ferguson-Johnson 2 being booked leads me to then book: Alvarez vs Khabib and Pettis vs Nate Diaz. That’s just by process of elimination.

Anthony Pettis was last seen getting humped and dumped by Eddie Alvarez, whose win over the former champion has propelled him to the top of the weight class’ contenders.

Nate Diaz, meanwhile, rebounded from a 1-3 slide and a year’s vacation to outpoint Michael Johnson at UFC on Fox: dos Anjos vs. Cerrone 2.

With both fighters coming off recent battles and other top contenders already booked, assuming Khabib Nurmagomedov isn’t booked against Diaz (bad blood there to sell the fight) then it surely makes sense to book Pettis instead. Or at least, Nick Diaz, Nate’s brother, thinks so.

[email protected] news: Nick Diaz himself doesn’t have a fight lined up, but according to Nick, Nate is in talks for a potential Pettis fight.

Of course, keep in mind that the Diaz brothers say all sorts of crazy things that may or may not have ever happened, including claims UFC was trying to book Conor McGregor to fight Nate Diaz back when the Stockton fighter was on a losing streak.

If the fight does get finalized, who would you see getting the better in a fight that would likely take place standing? Both guys have slick Brazilian Jiu-Jitsu and both tend to enjoy the stand and bang game, meaning it would have plenty of fireworks.

Could Pettis reclaim his “Showtime” moves that have been ….View full article