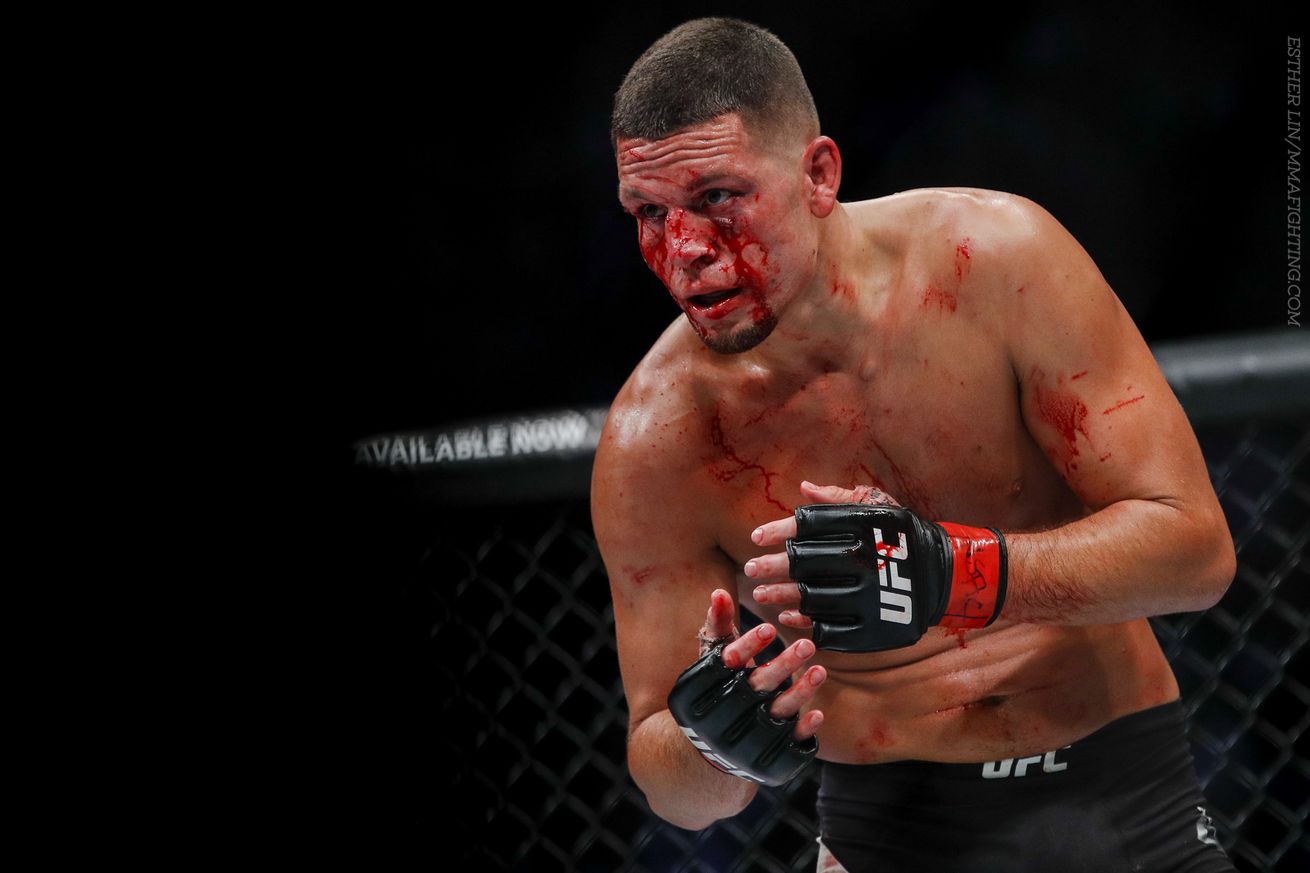 In the midst of the latest UFC title saga, a familiar, yet unexpected name, resurfaced.

Inaccurate reports stated the promotion was targeting an interim lightweight title fight between Khabib Nurmagomedov and Nate Diaz. However, according to multiple sources, that fight has not been offered yet.

As for Diaz, he told MMAFighting.com Wednesday night, that the UFC hasn’t called him about any upcoming fights. And if they’re planning on doing so, Diaz had a message for the brass:

“I’m only fighting at lightweight for a big fight or 20 million just to take the call,” Diaz told MMAFighting.com via text message. “Until then, I’m just living my life.”

Diaz last fought at UFC 202 in August when he dropped a unanimous decision to Conor McGregor in their highly-anticipated rematch. In March, Diaz submitted McGregor in the second round of their main event fight at UFC 196.

As for a potential trilogy fight, Diaz said, “I already beat him, and they aren’t paying enough to fight him again.”

The UFC’s original plan was to book Nurmagomedov vs. Tony Ferguson for the interim lightweight title fight in March, however, contract issues have held things up on Ferguson’s end. So the UFC then offered Nurmagomedov a fight against Aldo, however, Nurmagomedov would like to fight Ferguson once and for all. As of this writing, the situation as not been resolved.