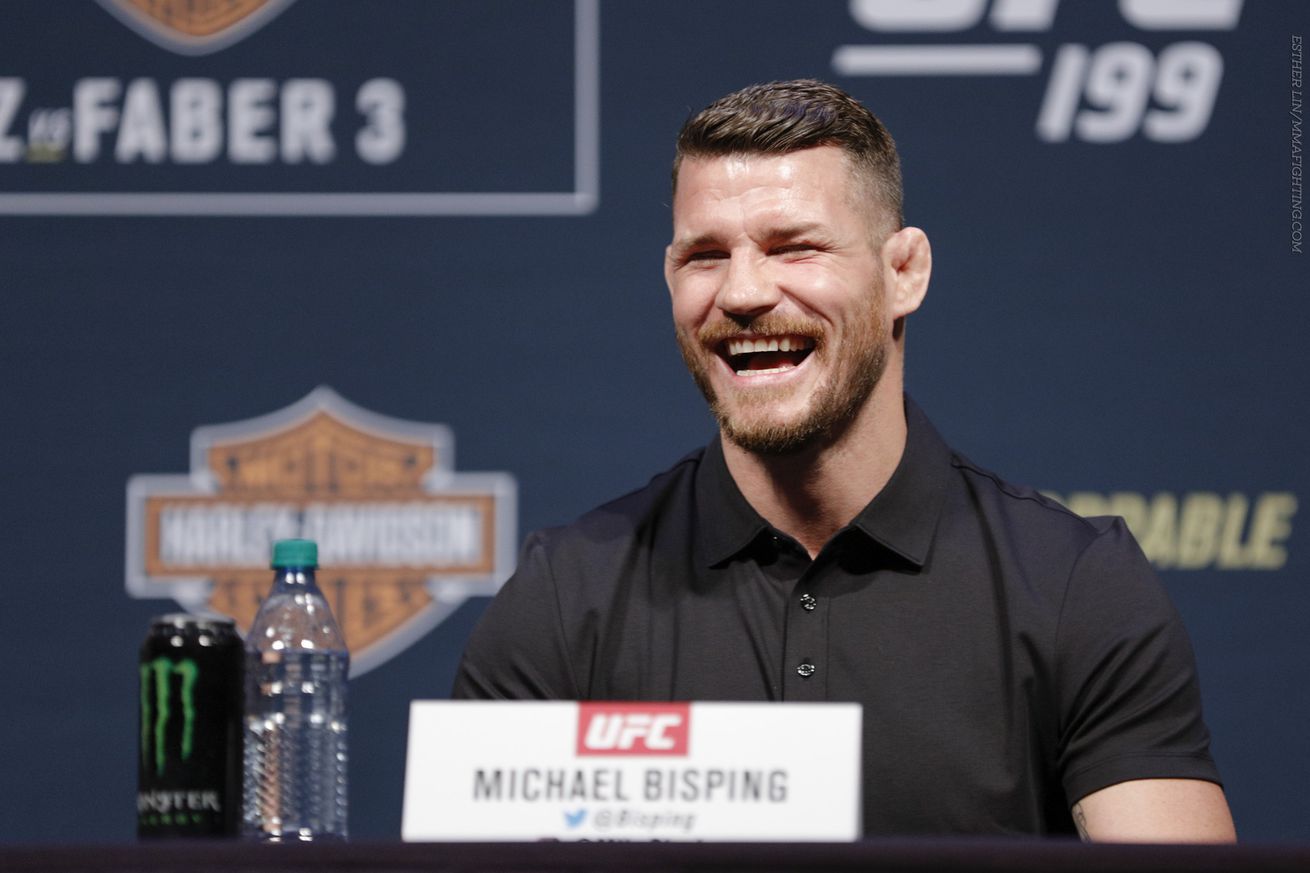 INGLEWOOD, Calif. — What’s next for Michael Bisping? Well, probably a few glasses of water and some Advil.

The UFC’s new middleweight champion is going to spend some time celebrating his stunning title victory over Luke Rockhold in the main event of UFC 199 on Sunday before discussing his first challenger.

“I’m just gonna relish this moment,” Bisping said at the post-fight press conference. “I’m gonna ride the crest of this wave. I’m gonna have a few drinks. I’m not gonna do a Tim Sylvia and walk around with [the belt] on constantly, but I do envision the mother of all hangovers coming my way pretty soon.”

It’s too soon to talk his next fight, but Bisping did spend some time gloating over his last one — that first-round knockout of Rockhold that happened just minutes earlier. “The Count” just wouldn’t be “The Count” without a little gloating.

Rockhold beat Bisping by second-round submission in November 2014. That victory seemed relatively easy for Rockhold, the former Strikeforce champion who ascended to No. 3 on the UFC’s official pound-for-pound rankings after beating Chris Weidman for the belt in December. Rockhold was a massive favorite in this rematch, especially given that Weidman was the initial opponent and Bisping had to step in on two weeks notice when Weidman withdrew due to injury.

“This has been a lifetime’s work,” Bisping said. “And I always felt that I was capable of doing this. I’ve had my ups and downs along the way and I understand why people didn’t believe in me, because I lost some key fights. I accept that. But I knew deep down inside myself that I could always do it.”

Rockhold said at the press conference that he ….View full article