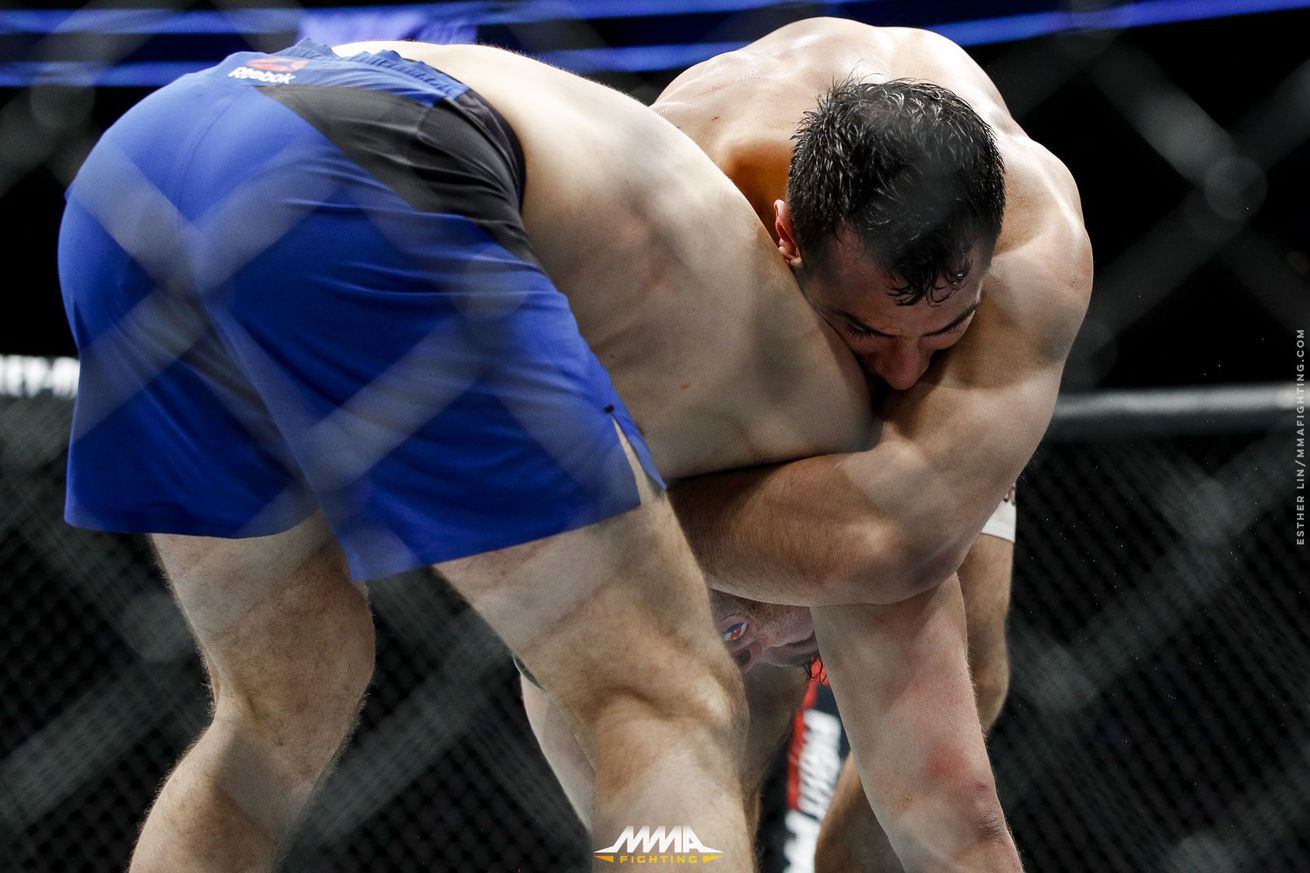 New Jersey’s athletic regulatory body has been consistent with its view of the new definition of a grounded fighter. And the New Jersey State Athletic Control Board (NJSACB) believes its point was proven Saturday night at UFC 210.

Gegard Mousasi defeated Chris Weidman in the co-main event of the card after a controversy having to do with whether Mousasi landed illegal knees to Weidman’s head. Under the old Association of Boxing Commissions and Combative Sports (ABC) Unified Rules of MMA, the knees would have been illegal. Under the new rules, they were legal.

Referee Dan Miragliotta initially believed the knees to be illegal and halted the action. He was later told by someone who watched the replay that the knees were legal. The doctors ruled that Weidman could not continue in the bout after the knees and, since the knees were legal, Mousasi was given the TKO victory.

Under the previous ruleset, a fighter only needed to have a single finger on the mat to be considered grounded — the language was that anything other than the soles of the fighter’s feet on the canvas made he or she grounded. In the new rules passed last year, an athlete must have both both hands (palms or fists) on the ground to be considered grounded. Knees to a grounded opponent, of course, are illegal under the Unified Rules and have always been.

New Jersey was the lone official dissenter to the package of rules passed last year, with the grounded fighter definition being the primary sticking point. New Jersey and other states, like Missouri and Ohio, do not plan on adopting the new rules. Others like Nevada have not yet voted on them.

In an e-mail statement sent out Monday, NJSACB commissioner Larry Hazzard Sr. wrote that the rule change “does not remedy the stated concern,” which was to keep fighters from “playing the game,” or dropping one finger to the mat to become grounded, and thereby safe from knees and kicks to the head. He wrote that he would like the ABC to reconsider the rule change at its annual conference in July.

The NJSACB opposed the new grounded fighter definition for health and safety reasons, but now Hazzard believes that it also does not help with fighters “playing the game.”

“Referees are still required to make difficult determinations as to whether a fighter is down and contestants can still place their hands up and down and up again,” Hazzard wrote. “Mr. Mousasi himself stated the he believed Mr. Weidman was trying ‘to take advantage of the rules.’ In short, the rule change caused a controversial ending to a very high profile bout. This had not happened under hundreds of UFC main and co-main events over the past several years under the prior rule.”

Hazzard wrote that there was a rush to install the new rule and a “lack of documented medical review and no trial period.” The new rules package was, though, passed through the ABC’s medical committee and tested at regional shows in the first half of 2016.

Weidman said after the bout Saturday night that he plans on appealing the result of the fight with the NYSAC.

The New York State Athletic Commission (NYSAC) does not mention instant replay in its rules, but Miragliotta still used the information gleaned from a replay in ruling Mousasi’s knees to be legal and ultimately making Mousasi the winner by TKO.

“Given recent events, New Jersey, as it has since 2007, encourages other regulatory bodies to consider implementing the use of instant replay,” Hazzard wrote. “As we have previously stated in numerous articles, we should embrace all technology to help ensure a more fair and equitable outcome.”