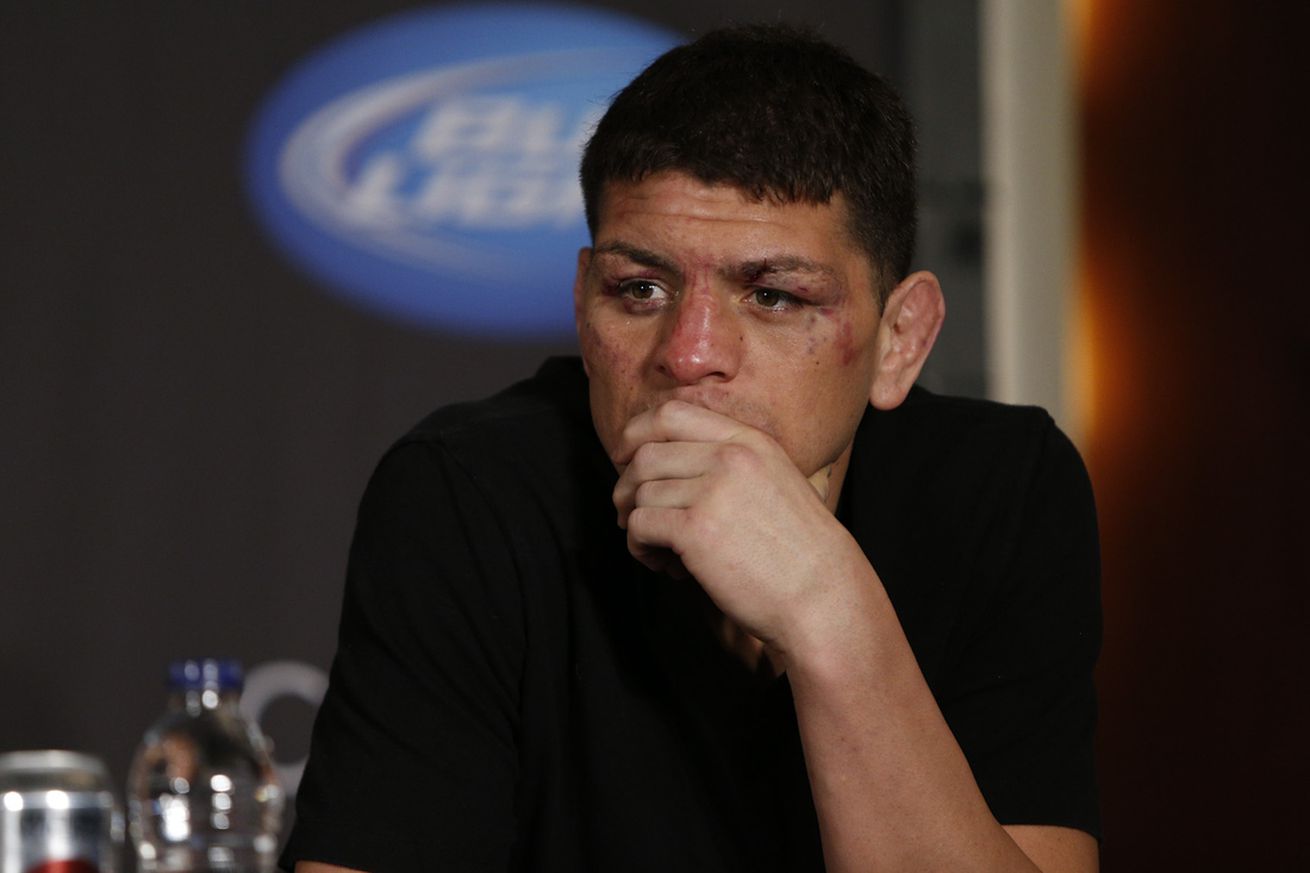 Nick Diaz is in some hot water with the UFC and USADA.

Diaz has been provisionally suspended and is facing a UFC anti-doping policy violation for not properly filling out his whereabouts so he can be tested by USADA, the UFC announced Thursday.

The UFC release stated that Diaz has accumulated three Whereabouts Failures within the last 12 months, which leads to a provisional suspension and potential anti-doping policy violation.

“Diaz, like all other UFC athletes, is enrolled in USADA’s UFC Registered Testing Pool and required to file accurate Whereabouts information in order to be located for out-of-competition, no-notice testing,” the released stated.

UFC fighters have a USADA app on their phone and they must fill out where they are going to be every day for the next three months, so doping control officers can come take their samples for random drug tests. This is the first time since the UFC partnered with USADA in 2015 that a fighter is facing an anti-doping policy violation for three Whereabouts Failures in a 12-month period.

According to the UFC’s policy for whereabouts, first-time offenders face anywhere from a six-month to two-year suspension for three Whereabouts Failures in a 12-month period.

Per the policy, Diaz can contest any of the three Whereabouts Failures — or all of them — with an “independent administrative review panel” (made up of people chosen by USADA) within 14 days of the third Whereabouts Failure being issued. He also has the right to a hearing.

Diaz, 33, has not fought since a bout with Anderson Silva in January 2015. The fight was a no contest after Silva tested positive for banned substances. Diaz also failed a drug test in relation to that fight for marijuana and was suspended five years by the Nevada Athletic Commission (NAC). The ban was eventually bumped down to 18 months.

Diaz, the former Strikeforce welterweight champion, has been eligible to return to competition since August 2016, but now he’s facing discipline in this matter with USADA.