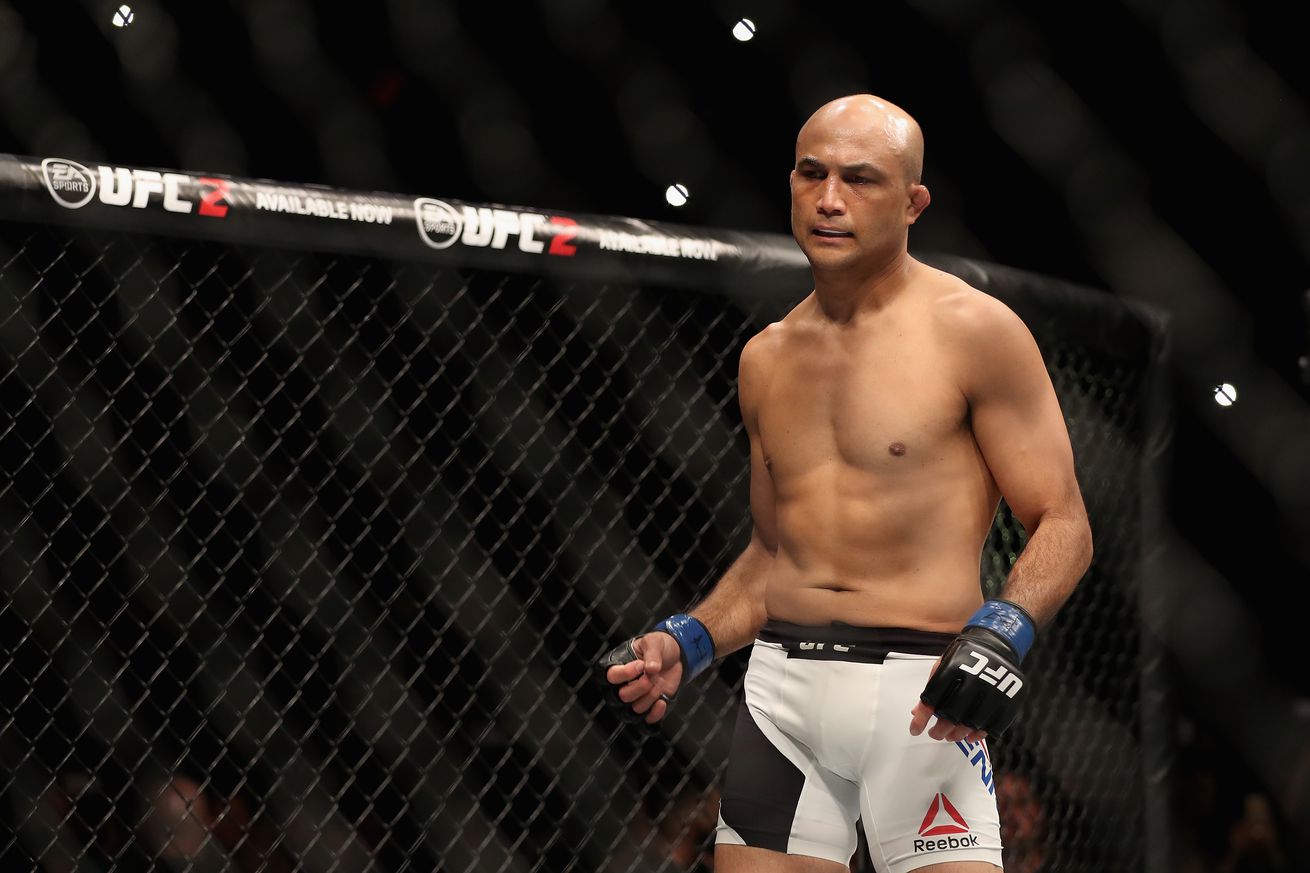 Ultimate Fighting Championship (UFC) featherweight Nik Lentz is coming off a unanimous decision loss to Islam Makhachev at UFC 208 last February in Brooklyn, so as you might expect, nobody is paying much attention to him.

That might explain why “The Carny” is having an episode on Twitter, calling out fellow 145-pound combatant BJ Penn while endlessly mocking “The Prodigy” for his recent loss to Dennis Siver at UFC Fight Night 112 in Oklahoma City.

“Far be it from me to put the boot in while you’re wallowin’ in th’gutter… But…. -How’s that decision to come back @ 145 workin’ out for ya? About as catastrophic as I predicted a year ago, no? Oh; and the beatings? Remember I told y’about the beatings you were gonna get? See what happens when you make decisions that cost you your health to keep fulfilling your relentless need for ‘Narcissistic Supply’? See how your refusal to accept reality in a desperate attempt to maintain your image has systematically dismantled your legacy? See how that whole ‘I’m at Jackson’s now’ charade failed to fool your fans, opponents, or the press? You’ve made yourself a JOKE, a WALKING PUNCHLINE.”

See the rest of his tirade here.

Lentz had a war of words with Penn back in early 2016, referring to the former welterweight as an “embarrassment to his family.” Penn eventually took the bait and there was talk of a showdown at UFC 197; however, that bout never came to fruition for a variety of reasons.

It should be noted that Penn (16-12-2) held UFC belts in two different weight classes, while Lentz (27-8-2, 1 NC) — competing inside the Octagon for nearly eight years — has yet to earn a single title shot.