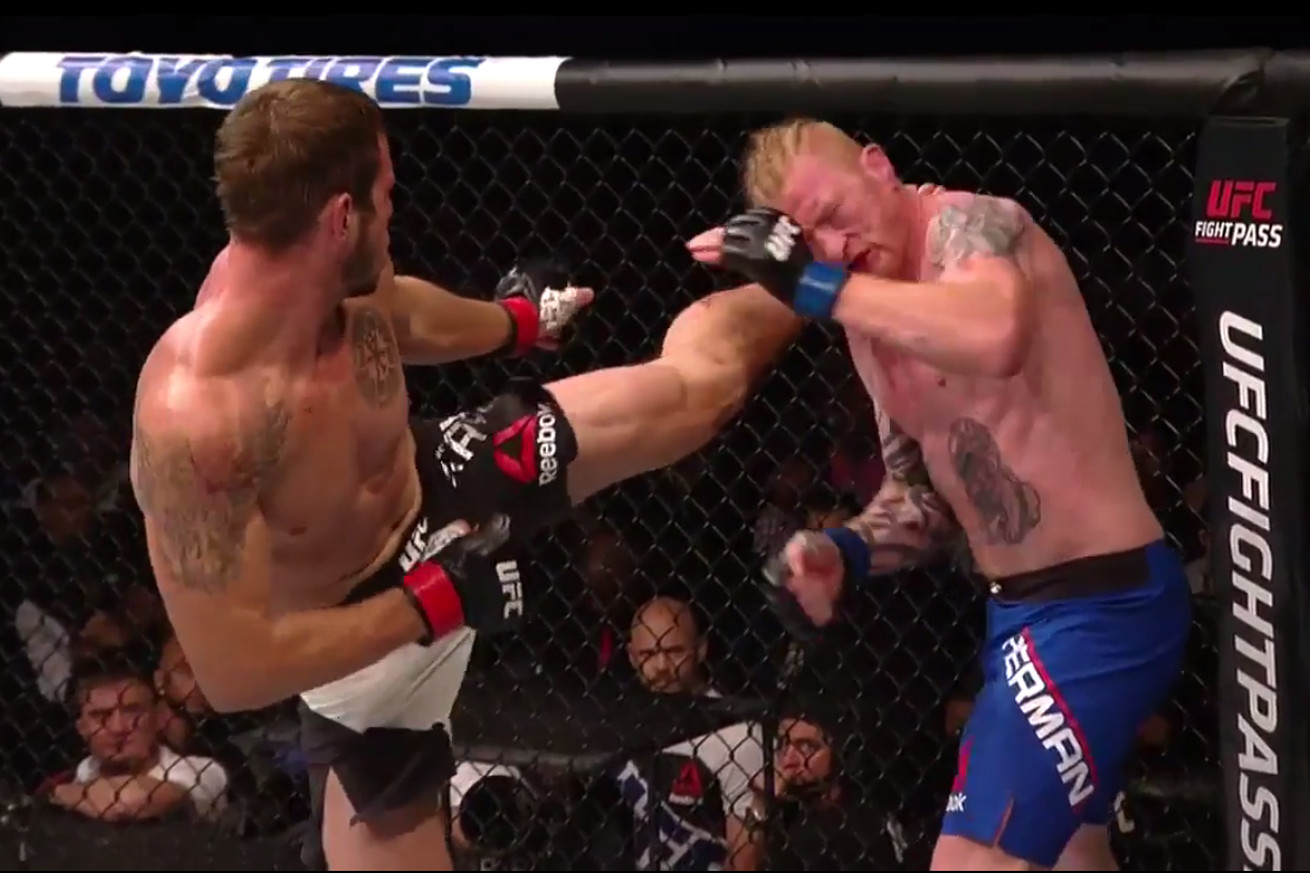 Make that four straight for Nikita Krylov. The fast-rising Ukrainian light heavyweight scored a monstrous knockout over Ed Herman at UFC 201, flooring Herman with a head kick midway through the second round of their undercard contest.

With the win, the 24-year-old Krylov moves to 4-1 in the UFC light heavyweight division. Catch a replay of the brutal knockout above.