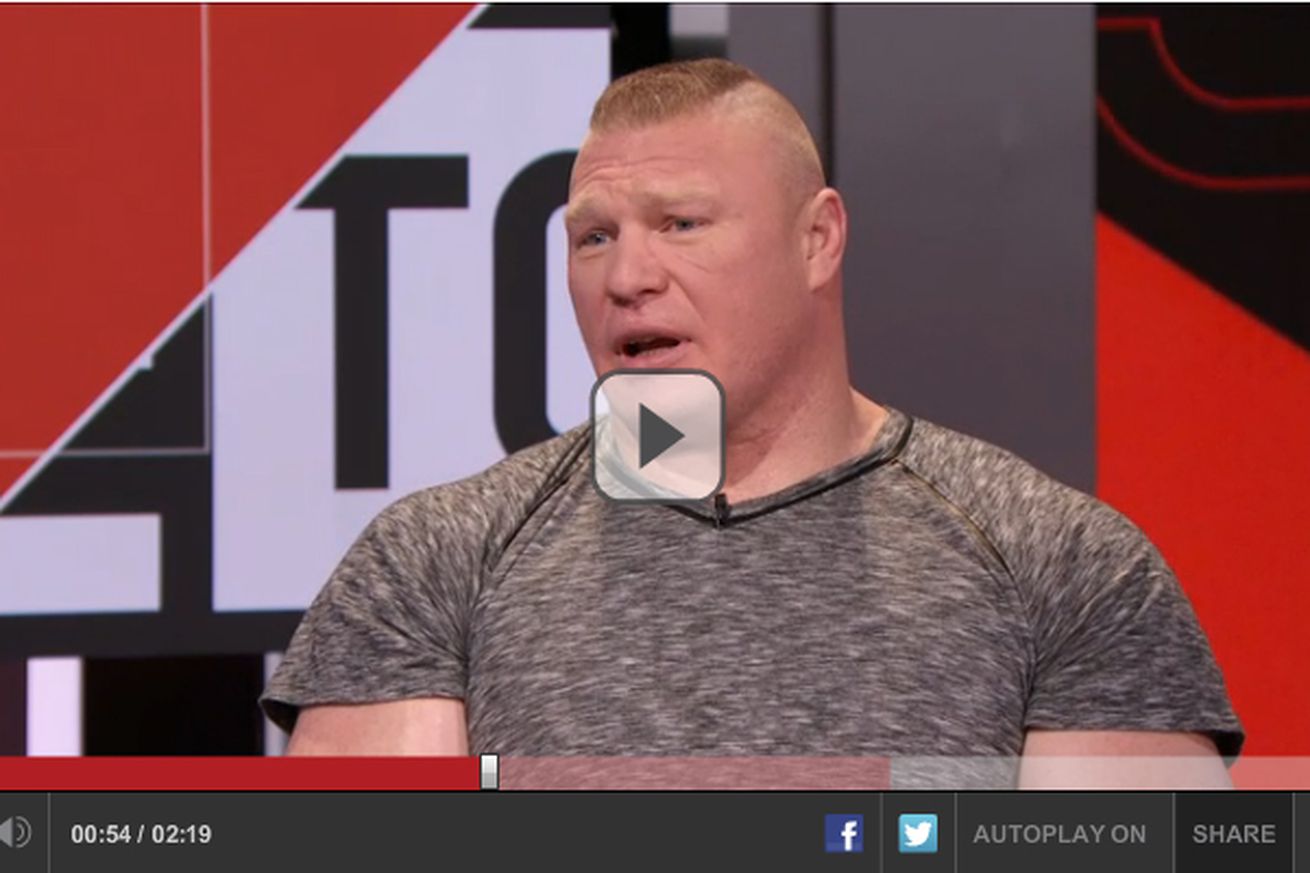 Legacy? Pfffft. Keep your legacy, just write me a check.

That’s how Brock Lesnar sums up his career accomplishments, which range from an NCAA Division-1 wrestling title to a heavyweight crown for Ultimate Fighting Championship (UFC). There are a couple of WWE straps in there as well, but don’t expect them to be readily available.

“I’m not much for legacy. I guess people have their way of remembering what I did. I’m not about accomplishments. I don’t have a trophy room. I don’t have any symbolic things. I’m not a sentimental guy. I couldn’t even tell you where my UFC titles are or my WWE championships or my NCAA plaque, my heavyweight plaque. I don’t even now where that is right now. But I do know one thing — how much money’s in my bank account.”

I have a white belt from Master Choi’s Taekwondo academy that I misplaced, so I know EXACTLY how he feels.

Lesnar made a huge impact on mixed martial arts (MMA) when he crossed over from pro wrestling back in 2008, setting a longstanding pay-per-view (PPV) record with Frank Mir roughly one year later. While he went in like a lion and out like a lamb, he brought a boatload of casual eyeballs to the sport of cagefighting.