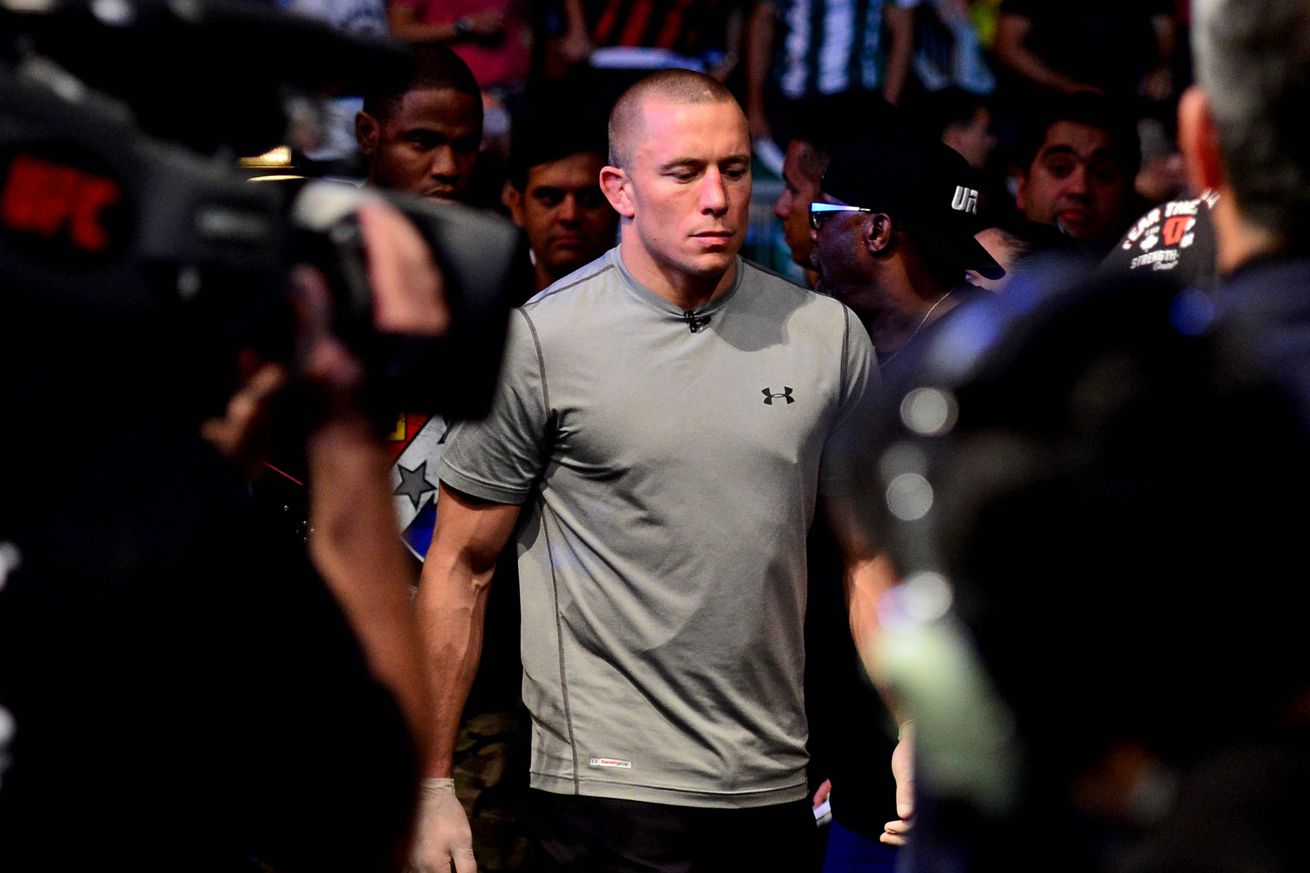 It’s no secret Georges St-Pierre walked away from the sport of mixed martial arts (MMA) in the prime of his Ultimate Fighting Championship (UFC) career because of his battle with obsessive compulsive disorder (OCD).

But, during a recent interview on “Undeniable with Joe Buck,” the former Welterweight champion revealed that toward the tail end of his fighting career, he simply wasn’t having any fun. What used to bring joy to his life, was now bringing him too much stress and unwanted criticism.

After it all piled up, “Rush” admits the pressure was too much, which ultimately led to his decision to vacate his title and his spot as the biggest star in MMA.

His words (via FOX Sports):

“The last two or three fights, I didn’t have fun. I did it because I had to, not because I wanted to and I had too much pressure, too much criticism, too much things for too long and it’s very hard when you’re world champion, all your life is directed (on that). Especially for me with my obsessive-compulsive disorder, I wanted to be the best in the world so everything I do, it’s directed on that. That’s all that mattered for me. I needed to step out of if to have a normal social life. To take a mental break of all that.”

As “Rush” explained, his OCD got so bad that he would obsess about his next opponent immediately after it was revealed who he’d fight. And if that announcement came right after a win, he’d become so focused on his next task, that even taking a vacation would be a challenge.

And once fighting became more of a business, St-Pierre says he knew it was time to step away.

“The thing that happened, when I first started doing this sport in the beginning I ….View full article