Home MMA News ‘Old man’ Anderson Silva will fight on because, ‘it’s in my heart’
ShareTweet 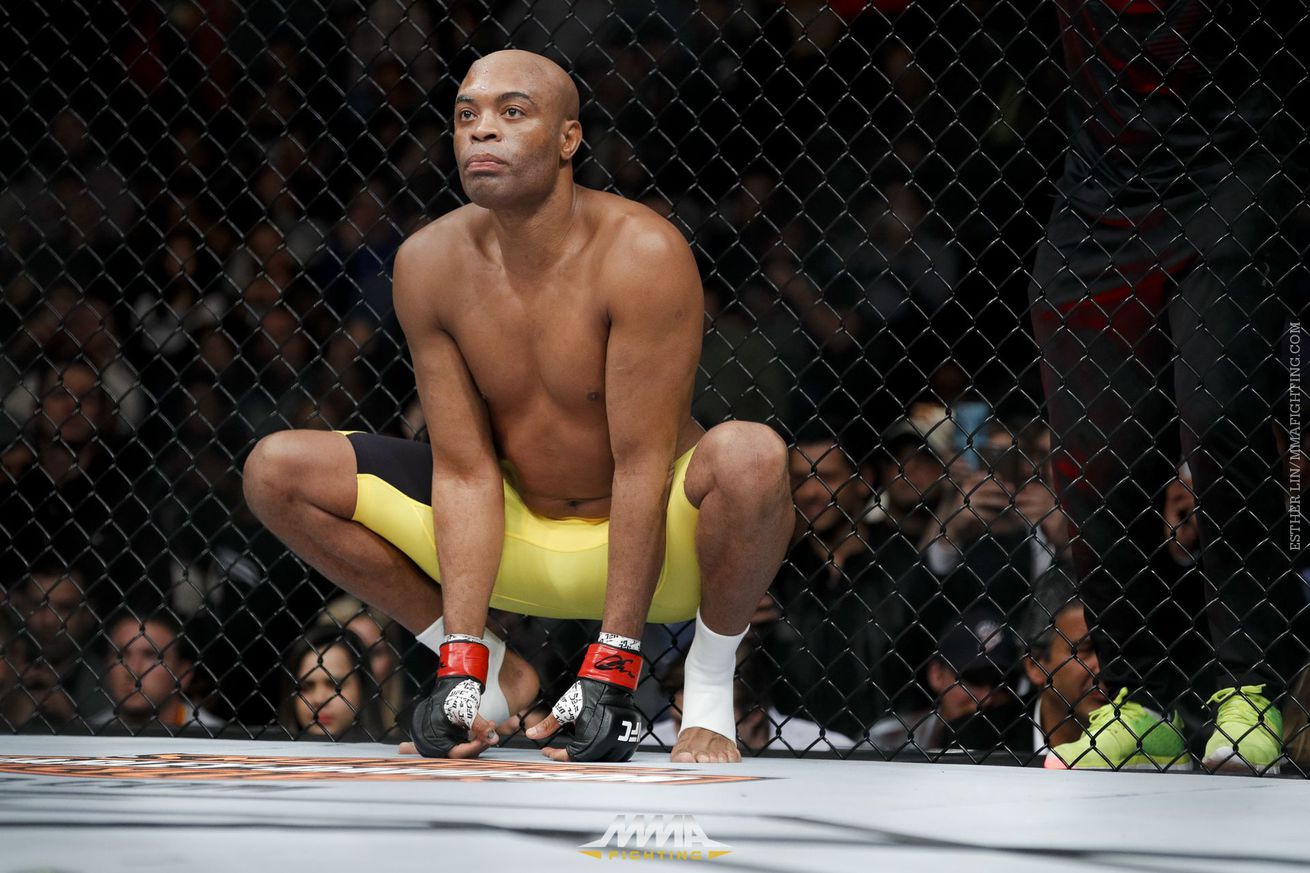 NEW YORK – Anderson Silva’s victory over Derek Brunson on Saturday night may not have been the most convincing of his career, but the former middleweight champion was all smiles in the UFC 208 post-fight press conference.

He was beaming about the fight, and expressed his gratitude for being able to prove he could still compete at 41 years old.

“I am so happy,” he said. “I am so happy because first of all I love fighting. Second, sometimes when people talk to me and say, ‘why don’t you stop? You don’t need to prove nothing anymore,’ and I respond, ‘because this is my heart. Fighting’s my life.’

“And when you go inside the cage I’m back to when I was 30 years old, and just happy. And I just stay happy, because this is my life.”

Silva eked out a unanimous decision victory in the co-main event at the Barclays Center, which was somewhat controversial to many observers. Brunson looked to have won the third round fairly handily, but one judge gave Silva all three rounds 30-27, while two others saw it 29-28 for him.

He said later that time was catching up to him. And that he felt his age in that third round, when Brunson took him down and kept him there for the last 90 seconds or so.

Silva said that the next step for him wasn’t trying to challenge Michael Bisping for a rematch now that he’s the champion, but instead to head home and spend time with his family.

“My next step is Dana, thank you. Thank you for giving me an opportunity to fight again, and now I go back home.”

Silva turns 42 years old in April. Asked if he would continue to fight, he left little doubt that he would. Yet he didn’t name any names.

“No, I just wait for my next challenge inside the cage,” he said. “But for now I need to rest a little bit. I’m old.”

With the win, Silva effectively broke a four-year winless streak. He beat Nick Diaz at UFC 183 in 2015, but a positive drug test resulted in a suspension and a reversal of that decision into a “no contest.” His last official victory came over Stephan Bonnar in 2012.

As for the win over Brunson, Silva said he felt confident he did enough early to win the fight.

“I think I won two rounds,” he said. “I think so, but it’s a good question for the judge. Because I defended the takedown, and the last round…I attacked more.”

Silva said he was ultimately happy with his performance, and that he wouldn’t rule out fighting at UFC 212 — which is slated to take place in his native Brazil in June — if a fight was presented to him.