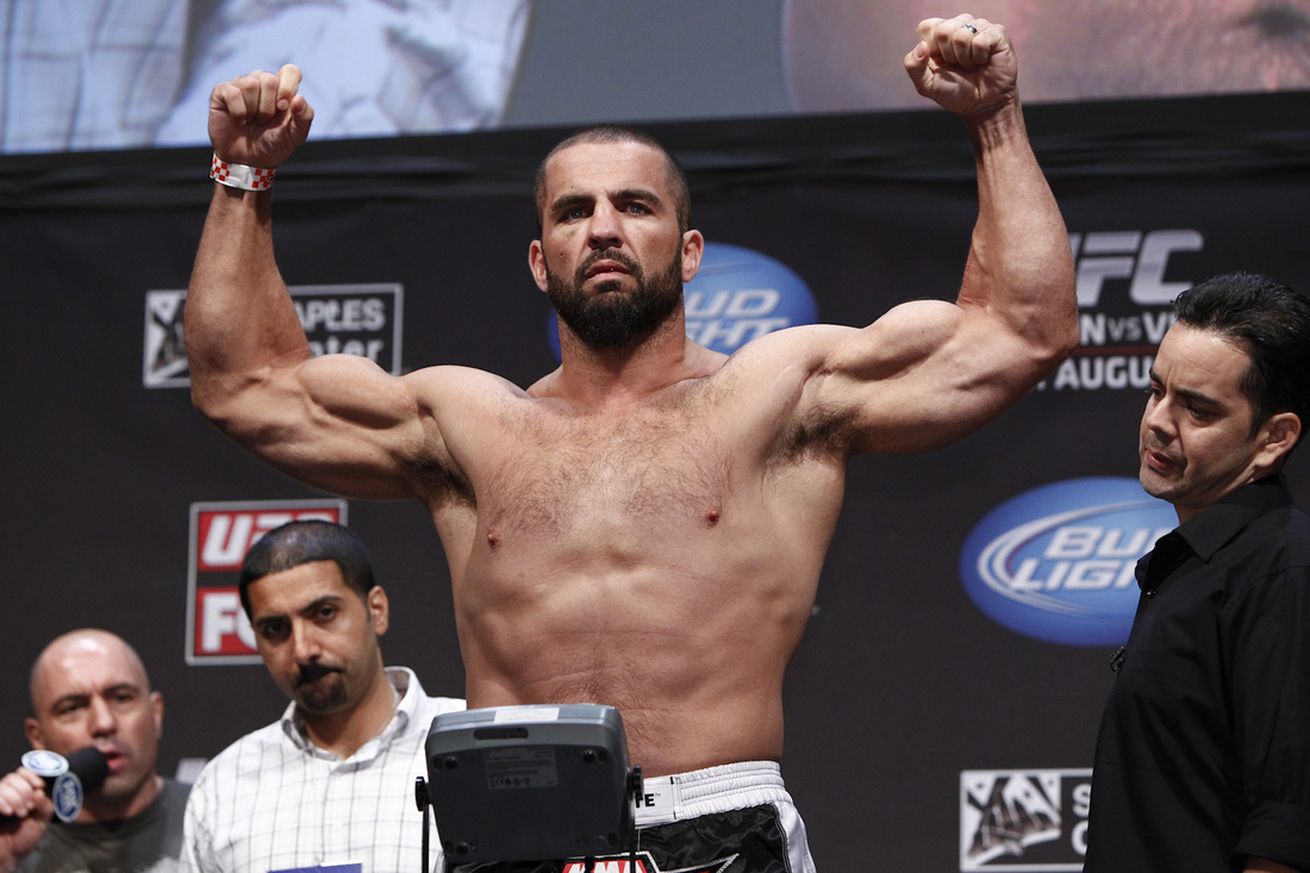 If anybody was watching Matt Mitrione’s Bellator debut against Carl Seumanutafa with special interest a couple of weeks back, it was big Oli Thompson, whom the promotion brought out from England just for the privilege. Thompson’s mission was to step inside the cage after Mitrione’s fight and challenge him to a fight three weeks from that date if (A) Mitrione won, and (B) if Mitrione didn’t get creamed in the process of winning.

So Thompson’s heart dropped a little bit when Mitrione took a wicked right hand just half-a-minute into the action in St. Louis, which crumpled “Meat” where he stood.

It did. Yet somehow, Mitrione recovered as Seumanutafa opted to grapple with him when he had him hurt, rather than put him away. Before the round let out, Mitrione had recovered enough to turn the tables and knock Seumanutafa out.

Though Mitrione did take the heavy punch, he was cleared to fight Thompson on July 16 at Bellator 158 in London. And he says he’s excited it worked out the way it did.

“He’s a good challenge,” the 36-year old East Sussex native says. “If he hadn’t, I’d have trusted Bellator to find me another good challenge. Obviously I’m a home country English guy, but I think they wanted someone who was a recognized name as well.