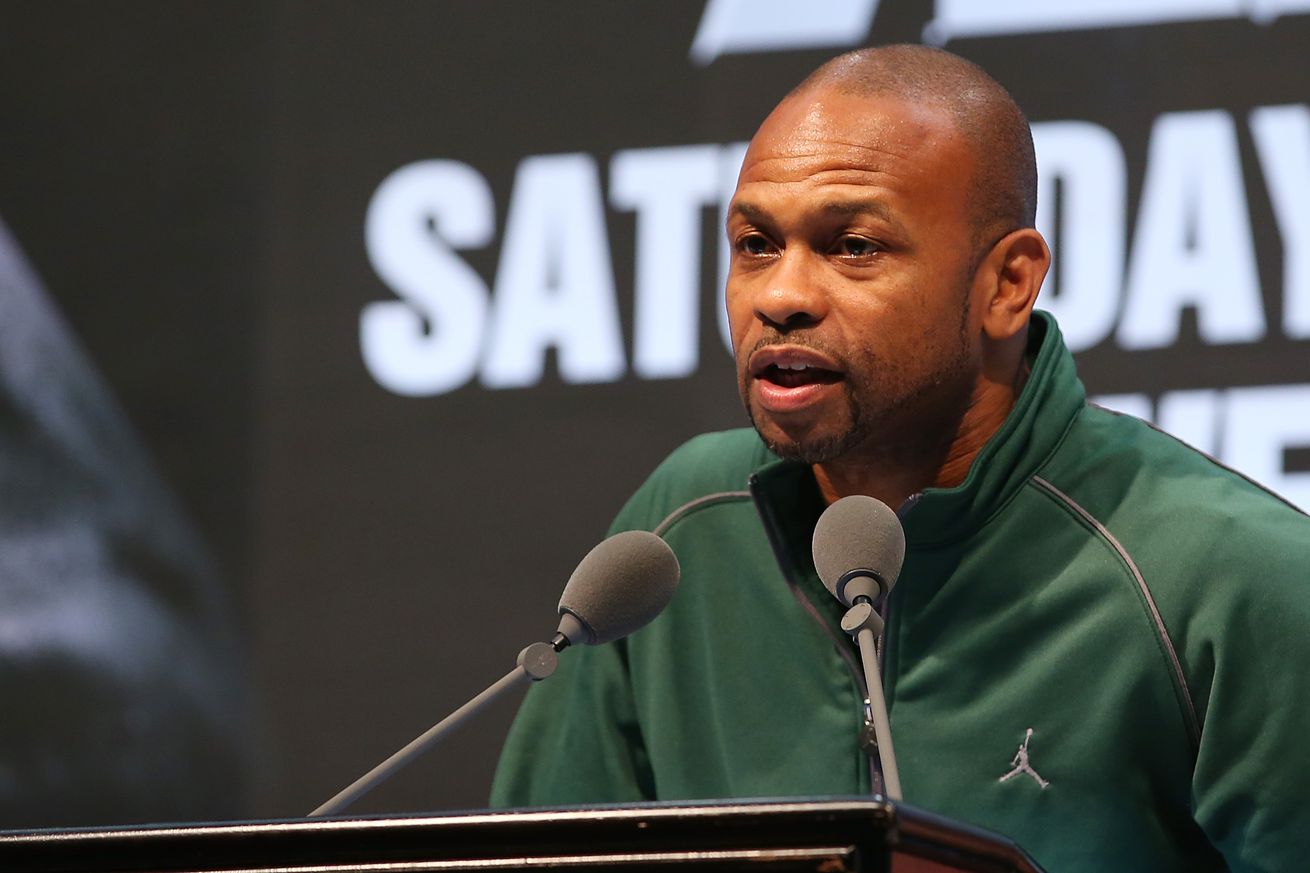 Oscar De La Hoya said last week that he believes a boxing match between Floyd Mayweather Jr. and Conor McGregor could kill the sport of boxing. The all-time great and current boxing promoter wrote on Facebook that he was unsure if the sport would ever recover from what he deemed a circus fight.

Not everything in boxing has that sentiment, though. Roy Jones Jr. told Ariel Helwani on Monday’s edition of The MMA Hour that he has no issue with Mayweather vs. McGregor and will surely watch it himself. The former four-weight world champion said he knows exactly why it’s going to happen.

Mayweather was not the first boxer to be interested in stepping into the ring with an MMA fighter. It’s not a particularly original idea. In fact, Jones Jr. had it first. He’s been wanting to face Anderson Silva — and has said so publicly — for the better part of a decade. Silva had a desire to do this, too, but it never worked out between the two parties and the UFC.

Like McGregor, Silva is under UFC contract and wouldn’t be able to go off and box on his own without approval. McGregor is getting that to face Mayweather, though the UFC will be in on the revenue from the mega bout.

Jones Jr., 48, is also a boxing analyst for HBO and he breaks down Mayweather vs. McGregor like this: McGregor might have a puncher’s chance, like anyone who steps into a fight, but he’s vastly outgunned by the 49-0 Mayweather. There’s no replacement for the kind of seasoning and polish Mayweather has, Jones Jr. said. McGregor has only amateur boxing matches under his belt.

“I can’t really see Conor McGregor dealing with Floyd like that because of that experience factor and the fact that Floyd has proven that he’s actually one of the best pound-for-pound fighters to ever do it,” Jones Jr. said. “So it’s very difficult to see Conor beating Floyd in a boxing match.”

But Jones Jr. does admire McGregor for being willing to take this fight and walk in confidently. He knows McGregor truly believes he can win and that’s the only kind of mindset a fighter can have, Jones Jr. said.

“Of course I’m gonna watch it,” Jones Jr. said. “I want to see how much preparation Conor McGregor did, how seriously did he take it. Did he just do it to score a pay check or did he really go out there and prepare and try to win the fight? I want to see. That would let me know something. That would tell me more about Conor McGregor as a person. I love him as a person so far, but if he goes out and truly [tries to win] the fight, that would tell me more about him.”

Jones Jr., who is still an active fighter and has been since 1989, said McGregor likely feels like he can give Mayweather trouble, because McGregor is a southpaw. Fighting left-handers has been somewhat of a weakness for Mayweather. Jones Jr. believes Mayweather should win handily, but it’s important to him what McGregor believes, too, and you never know in a fight.

Unlike some in the boxing community, Jones Jr. sounds pretty jazzed for the fight, especially the lead up. Mayweather and McGregor are two of the greatest entertainers ever in combat sports.

“Great event,” Jones Jr. said. “Not real sure how competitive the fight will be.”

But will it kill boxing? No way, Jones Jr. said. He was down on Mayweather vs. Manny Pacquiao because it happened so many years after the buzz for that bout started and the actual fight didn’t live up to expectations when it did occur. With that said, Jones Jr. definitely does not agree with De La Hoya’s assessment.

“For me, whatever he said about it, I could have said the same thing about the Pacquiao fight,” Jones Jr. said.