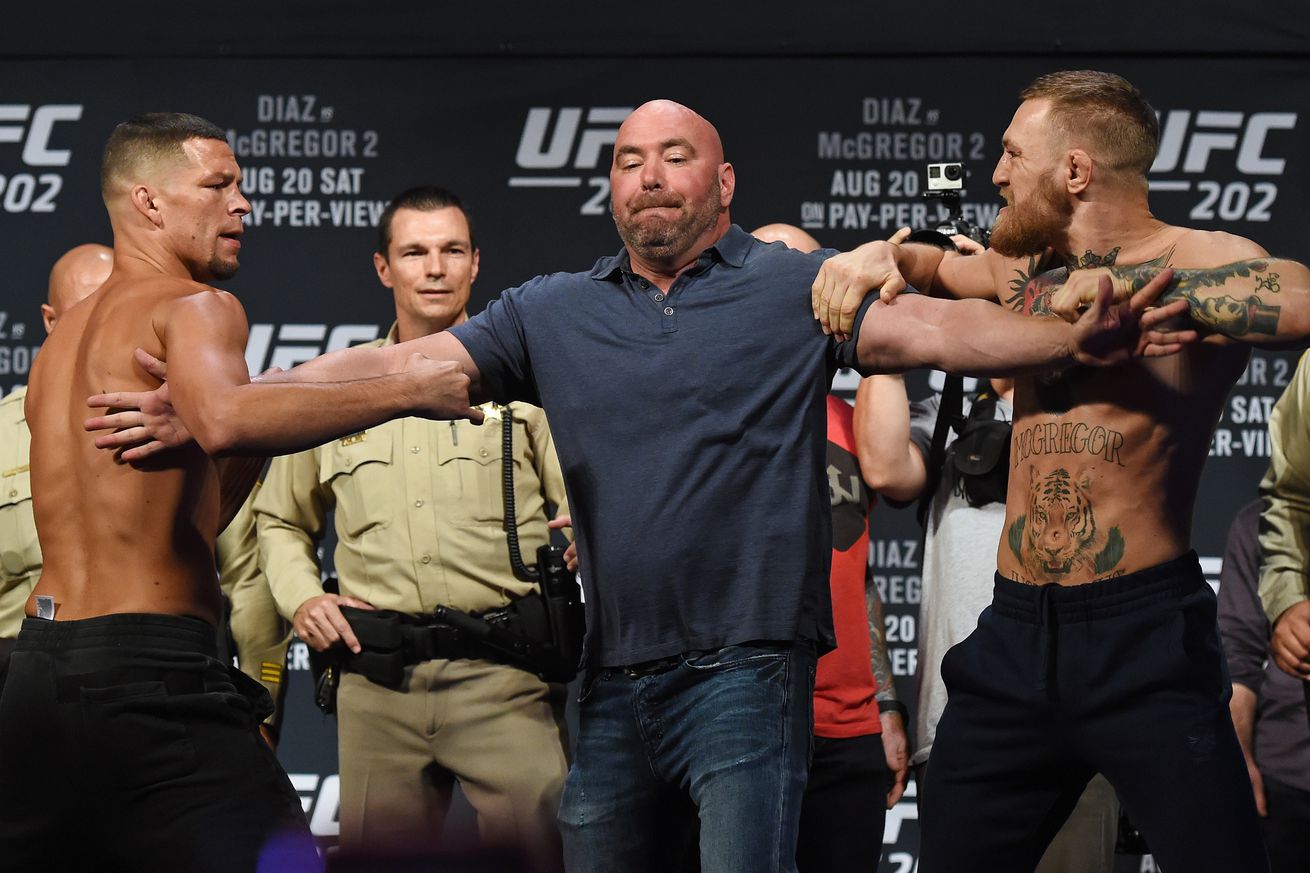 Ultimate Fighting Championship (UFC) enjoyed a record-setting year in 2016, thanks to a handful of blockbuster pay-per-view (PPV) events that pushed the world’s leading mixed martial arts (MMA) promotion way above the high-water mark.

You can thank Conor McGregor and his partner in buys, Nate Diaz, for a significant portion of that business (UFC 196, UFC 202), as well as former women’s bantamweight titleholder Ronda Rousey (UFC 207).

But while those numbers sound like cause for celebration, and they were, there was a huge discrepancy in numbers. Shows built around those three — McGregor, Rousey, and UFC 200 — did 1 million buys plus. But of the 13 shows, five also did less than 250,000 buys.

UFC has come a long way since this disaster.

It will be interesting to see what kind of numbers 2017 can produce. Conor McGregor is expected to defend his 155-pound strap against the winner of this fight, while Jon Jones and Brock Lesnar both return from disciplinary suspensions next July.

In addition, this event will tell us the drawing power of women’s MMA when it doesn’t have anything to do with the return of Ronda Rousey.